Why is alcohol so addictive – my top 5

It’s funny that when people think of an alcohol addiction they think of it in very stark terms. It was one of the big reason’s I left the therapy world on a daily basis as many therapists ( not all to be fair ) think I should be helped spending some time full on in a unit for weeks on end after getting liver disease. I’m like what?

However, for many people and drinking I would argue the world looks a lot different in reality. I was a social drinker, drinking much less than others but admittedly too much however I was not the kind of guy who had vodka in the desk drawer at work or a full one with breakfast.

I was in fact a few glasses after work kind of guy and had a long lunch at the weekend.

In fact everyone in the medical community I met was much more sympathetic explaining how it was a society issue and you should see how much some doctors drink! It made me stop and think that I may be human after all!

So here is my low down from a personal view on why is alcohol so addictive – my top 5.

So its true restrictive choice forces us into a corner where we make decisions we would not normally make.

One of my passions for this blog is to review alcohol free products mainly drink but also health care as well after people told me that getting them was difficult or they felt judged. Oh the irony I thought! You can’t do right for doing wrong!

When I came out of hospital and did some training on blogs and I began creating what has turned into a great experience with people all over the world commenting and sharing their views.

However, one thing that really struck me was that we live in an alcohol dominated world and as a left-hander I know what that feels like!

In some research done by the University of Newcastle and Bristol they discovered that given a choice people would choose alcohol free beers and gin as much as they would go for the alcohol option. More choice = different decisions. 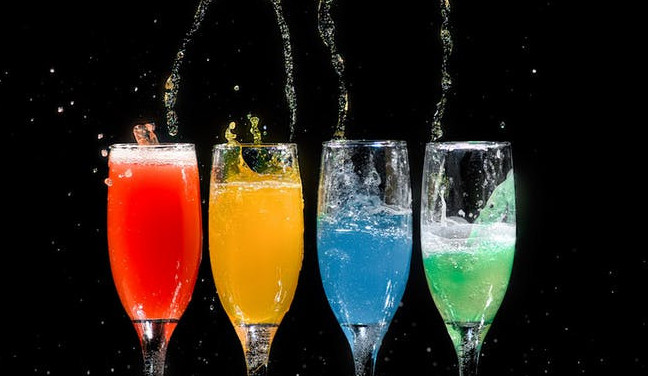 However, there were a few caveats’ a hang over of course from years ago when alcoholic choice options were not great but now people would go for them if :

It seems one of the reason’s alcohol is so addictive as it can very often be the only option. The alternatives are just not there.

You only have to walk down a supermarket aisle to get confused about where on earth they keep this stuff. When I get a delivery to my door I have to show by identity. 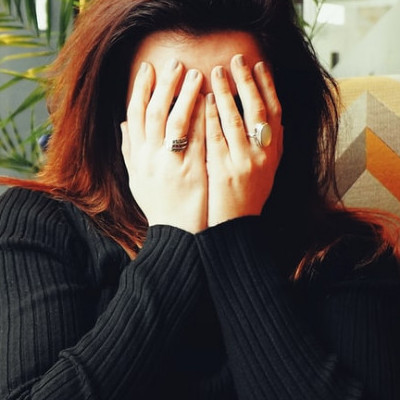 I know some people have said on review sites that they were so incensed they ordered the alcohol version next time around!

Now that may be extreme but we don’t all want to sit in the corner ordering dreamy fizzy water or make do with a soda. Its discrimination but no-one would ever frame it in those terms.

So one of the reasons on why is alcohol so addictive is very often its easier to go alcoholic, change that and you change the culture. 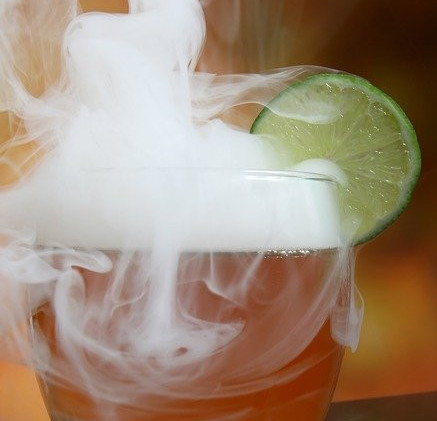 Remember the history of the brain means in case we get eaten we have to eat. Stay with me on this!

So as time went by those were not these two choices anymore. Over time our threat by predators has reduced or at least it is much less stark. However, that it still our core driver in terms of how the brain works.

So we are talking about fight or flight and the chemicals in the brain when we have added a drink to it works in the same way.

This feeling soon passes and the risky behaviour and hangover comes into play and we want to move away from the pain.

So imagine you start drinking and the chemical reactions start to happen to trick the brain into feeling it is having a great time.

Now I have studied a fair bit of neuro science with my coaching work so alcohol moves right across your brain and its been proven it crosses barriers directly, and indirectly with those things called neurotransmitters and your hormones. The list is endless so

Imagine all that going on in your brain no wonder you feel a buzz for a while before you come down! It’s why after one sometimes its impossible to stop and you want more.

I guess its one of the reason’s people get addicted to codeine and the like from the home medicine cabinet. 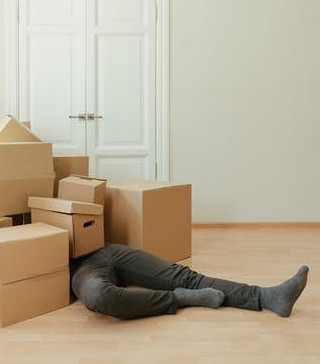 This makes number three as its a big one. As humans, we like to be liked and follow the crowd, so depending on who we hang around with very often determines our habits and even addictions.

This has a lot of positives as well. For example when I was drinking San Miguel zero in Spain ( you can read my review here) others caught on and it became very socially acceptable.

So much so they started to charge for it despite being originally included on the all-inclusive menu! So it is almost social pressure in reverse as far as alcohol consumption goes!

However, the pressure to drink is massive in the UK despite costing the health service billions of pounds every year. I am not saying a social drink is a bad thing in moderation. It has been proven to help in some cases with mental health but having one on that road can be a dangerous one.

Being yourself and knowing your own body is key.

Now as soon as I say this people think of having massive issues in need of a big therapy session. Actually that is not the case. Drink has been pushed as the panacea for relieving stress for ages. So

The list is endless in fact and is very often made up of things that are part of our human experience. I know I used to hate going on train journey after train journey with my job, so it was quite easy to have that glass of wine in the bar before getting on the train or indeed buying a glass on the train. 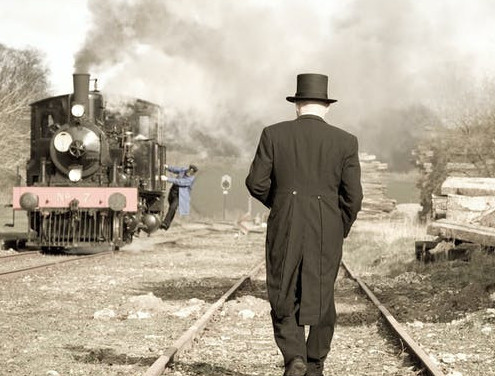 In reality, it may not be a massive deal but it soon adds up. Maybe that is why there are always bars in or near railway stations.

Of course, you know what I am going to say here. Alcohol is treating the symptom rather than the cause, it may be a short respite but it ain’t going to work long term.

Again this answers the question of why is alcohol so addictive? Well because it creates a short term release from what you are trying to ignore or move away from.

Think about it, its very basic but the consequences can be severe.

Number One – Addiction and Identity

For me this is a biggie. The problem is addiction of any kind especially when our drinking can become an issue and in my case I mean going over the recommended amount. It’s not that much! Or is it?

The problem arises when it goes from being a habit to being part of who we see we are. This is based on a model called the Logical levels by a cool guy called Batson.

It is for me perfect to describe our drinking habits although I am never sure it was designed for that. Let’s have a go:

Identity – Who we see ourselves as in the world

Beliefs – What do we believe about ourselves as a drinker? These can include limiting beliefs about what possible for us

Capability – This is what we are skilled at, and yes people can be very skilled at “knocking them back”

Behaviour – What is our drinking behaviour, what are our habits if you like?

Environment – What kind of environment encourages our behavior or stops it.

The issue arises when we say we “are something” its hard to change. We need therefore to think about what we say about ourselves. Who do we say we are? You are more than a big drinker or an alcoholic, or a social drinker, I was guilty of saying the latter. I would say yes I am a social drinker.

The problem is that as a social drinker one person is something different to another. I suppose the big change for me was my consultant saying I could be dead within 48 hours. Not an identity I wanted to be!

When we start to see ourselves differently our behaviour can change. It is the problem with when you get a new job saying “I’ll be ready when”. You never are because that is you at an identity level. You are the “beginner”.

The problem is when you see yourself as one thing and one thing only it is harder to change a habit.

When you look at the logical levels above the higher up you make the change the easiest it will be to make that change stick.

Now I can say social pressure is a big deal which it is but if you are confident in your identity social pressure will be harder to penetrate you and then you don’t naturally conform to the drinking culture. It might even give you a buzz!

For example, I am proud to say yes I am a non-alcoholic drinker. I avoid the term tea totaler as that has connotations and pressure all and of itself. 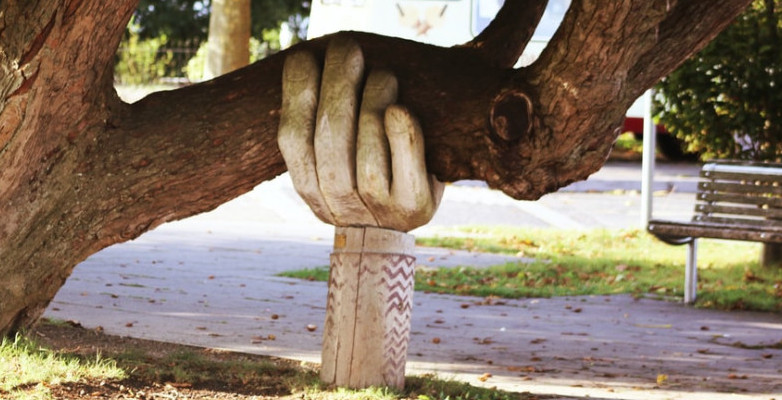 Can you identify some help?

Of course and bear in mind you have to want to change and by answering the question of why is alcohol so addictive? You have already started that journey.

Now I cannot tell you how much help you need and if you need to see a professional direct, only you will know that and its out of the scope of this blog.

However, some of my earliest coaching and training came from a great guy called Mark Tyrryll, an accomplished therapist and trainer. He has a great course on addiction and I thoroughly recommend it if that is what you are looking for. Just click below to see what Mark has to say about it. 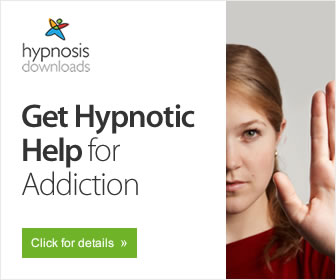 So from my point of view this has been my top 5 thoughts on why is alcohol so addictive? It is an interesting journey and we are all at different points in that journey and of course the world needs to support us.

I would love to hear about your top 5 reasons why alcohol is so addictive? At the end of the day we are all human with our own strategies. Do share your thoughts, even if it is only one! I also read every comment and reply to you as soon as I can. Just pop your thoughts below.

4 thoughts on “Why is alcohol so addictive – my top 5”

This website contains affiliate links, which means I earn money from products and services you purchase through my links. Please check out my affiliate disclosure. It does not affect what you pay and I aim to offer discount where I can to help you