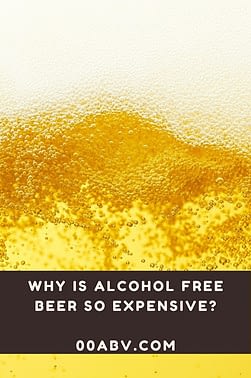 Why Is Alcohol-Free Beer So Expensive?

People who are still drinking a vast amount of alcohol ask this question, and I honestly get it.

Why is alcohol-free beer so expensive?

Did I think giving up alcohol would give me money?

Giving up alcohol will save you money in so many ways.

Just ask my friends who ordered tons of stuff he does not need on amazon when he has had a few drinks.

The same complaint is made about low alcohol beers, although it is not something we cover on this blog.

After All, it’s the alcohol that costs them money.

Well, actually, no, not really.

So you drinking alcohol-free beer will save money but not necessarily on the product itself.

The Problem with alcohol-free beers and the taste?

Most of my friends would say it, and many of the national newspapers fuel the notion that we are obsessed with alcohol.

Because generally, we are.

Alcohol costs the health service in the UK billions of pounds, everything from health-related issues to accidents brought on by alcohol. 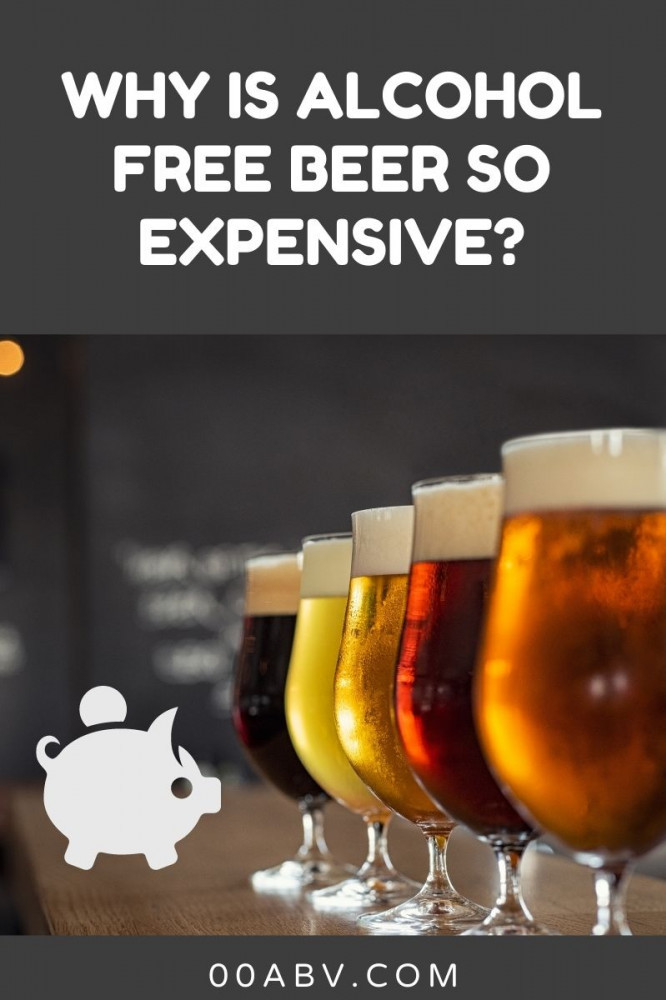 People will complain about others drinking very quickly while having a whole stack of it in the fridge.

But suggest an alcohol-free beer, and people will look like they are going to be violently sick.

It still has got a reputation for tasting like crap.

So creating a quality product is essential, and that costs money.

Now the whole industry has moved on, and thankfully on balance, I am happy that I am investing in it.

Check out your drinking units per week via the drink aware website and always know your alcohol limits.

The Big Brands and the Little Ones

The growth in alcohol-free drinks is pretty impressive, and it’s around 23 per cent growth per annum.

But there is the brewing expense of making the beer that people will buy when it has no alcohol.

Servers often challenge me in bars with the challenge “what’s the point?” when ordering an alcoholic free beer.

They don’t get the social aspect of the taste.

The big brands like Heineken and Peroni are in it for a reason, and that’s to make a profit.

Otherwise, we would not have any choice at all in the alcohol-free market.

It would go, and it would be the thing that is zero: no Market and No Drinks.

The cost is also about the investment in branding and marketing.

That money has to come from somewhere.

What about the craft brewer making alcohol free beers?

And let’s be honest, they have very tight margins.

Creating a beer like Free Star is not going to be a walk in the park cost-wise.

You only have to look at the design work on the can or bottle to see the requisites and investment to make them happen.

Plus, there is the issue of volume of sales.

It is still a niche market. 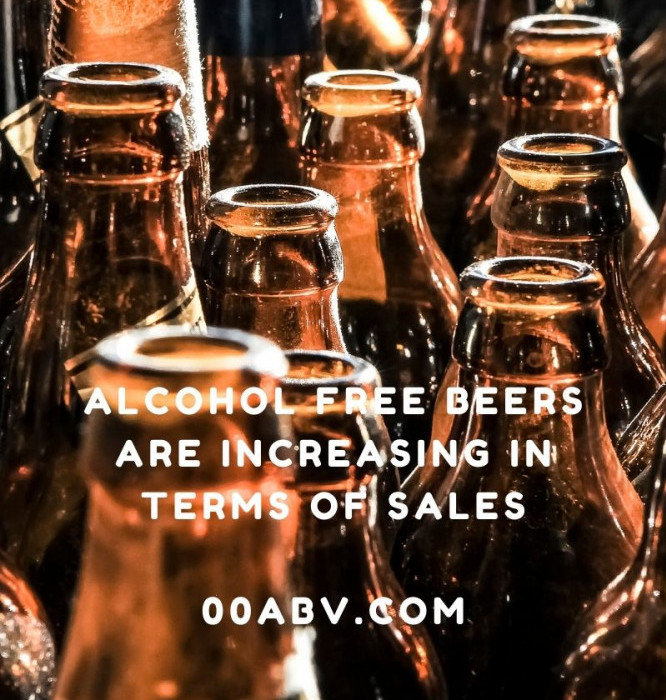 It is a fact that alcohol-free beer is growing in popularity massively, but it isn’t going to be as popular as the alcohol options.

The market is not there yet.

Plus, and I am honest here, you won’t spend as much if you aren’t drunk!

Read can you get drunk on alcohol-free?

Your pasteurized orange juice is likely to have more alcohol, and your Italian restaurant desert certainly will.

How much alcohol in orange juice?

I also include some bread rolls and a banana in that!

It’s not the alcohol, stupid!

That was someone who was an expert in the beer field, and it made sense.

I make no bones about I am now alcohol-free only.

I am in this world because of my health.

But I am now passionate about it as I would like to choose when I am out and about.

And I know it is not valid for everyone, but many people who have given up on drinking were not on a park bench with a bottle of vodka from dawn till dusk.

They were just social drinkers like many ordinary people you will find with a glass of wine at home on a Friday night.

Or down the pub, for that matter.

Even my consultant would say that most of his patients have just drunk too much socially, and it took its toll depending on genetics and habit.

We want a quality product socially as we don’t just want to sit there with a cola.

But that takes good technology to make the flavour of beer and, in some cases, have it removed.

Alcohol-free beer is not just water out of a tap.

Sometimes, the look you get when you ask for it would lead you to believe you are drinking a substandard product somehow.

I have even started saying I am pregnant to avoid the “do you not fancy alcohol then?”

It shuts them up.

It also avoids faith-based questions as well. But that’s another story. 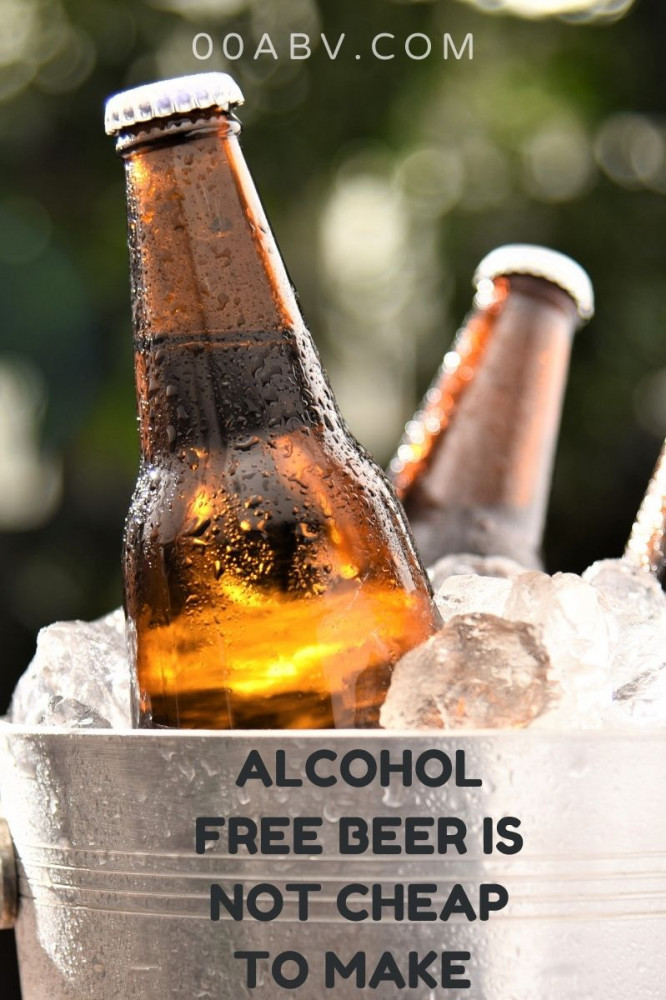 Yes, there are taxes or duty from the government.

But these duties are a fraction of the cost of what it takes to make beer, alcohol or otherwise.

So the margins are tight regardless.

Read What is Alcohol-Free Beer?

Let’s back to the quality!

So if you want the expertise that goes into making alcohol free beer, we will, unfortunately, have to pay for it.

If the smaller craft brewers are to survive, they need to have money to market and invest.

You only have to look at the cost of organic food to realize that.

So many alcohol-free beers are created by taking out the alcohol from the product.

This process is after the beer has fermented.

Or you take many of the beers from German beers like Bavaria or Alcohol-Free Leffe.

And that isn’t going to come cheap!

Think about its quality plus the added expense of making sure it is alcohol-free.

Plus, although no alcohol is in these products, all these beers do need ingredients that will significantly improve the overall feel of the beer.

It’s going to have to mimic the real thing in some way.

Otherwise, it just will not sell, and we are back to zero and not in a good way!

So it is not a cheap soft drink!

So as consumers of alcohol-free beer, we have a choice.

So if the world is to change with more alcohol-free beer options, let’s press ahead and go for cheaper alternatives.

But I can guarantee if we go down that route and the demand does not increase, the alcohol-free industry will collapse.

We will end up in the corner drinking fizzy water or a sub-standard soft drink.

However, will an alcohol-free drink, including beer save us money?

Yes, as when we drink alcohol, our behaviour changes from taxis to getting home to that online order.

Not to even mention the kebabs!

I will make one prediction though, as the market gets busy, own-label brands from supermarkets will take on the big brewers, and that is a good thing as long it is not a sacrifice for quality and experience.

It’s the craft breweries that will ultimately do that.

That is something to protect.

What do you think about why alcohol-free beer is so expensive? I was hoping you could leave your comments below, and I always respond.