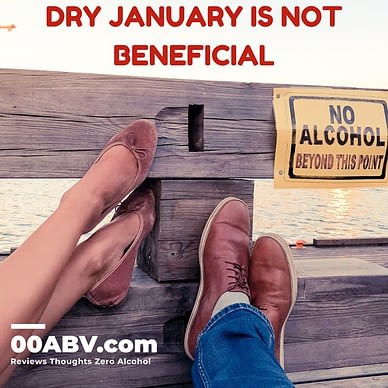 What are the benefits of Dry January? (None)

I have a confession to make. I’ve never done Dry January. But what are the benefits of Dry January?

And now I can’t as it would kill me. Not Dry January but the fact I cannot drink anymore.

But since social drinking nearly had me 10 feet under, Dry January has taken on a new significance.

What about before? OK, heads up.

I’ve never gone without wine for the whole of January. I mean, why would you.

Now I just don’t drink, and it is far easier this January thing.

I’ve always found the idea of giving up the booze for a month to be somewhat counterintuitive.

Of course, the whole point of Dry January is to give up drinking or at least cut-down, to improve your health and fitness, but if you’re honest with yourself, it’s just an excuse to drink less without actually having to do much at all.

Trying to give up alcohol can also be incredibly difficult and lead you down a slippery path. Once you’ve started cutting out alcohol, it’s easy to continue right on down the track and completely deny yourself any enjoyable vices.

So why am I writing an article about the benefits of not drinking? Because I can’t drink, I noticed Dry January is a terrible idea.

Because it is possible to reduce your intake without completely giving it up.

And that’s precisely why it is terrible. I mean, how you can reduce your alcohol intake without suffering through Dry January.

Dry January? No thanks. Every year, the booze-free month is a source of controversy. Some academics are even calling for an end to the campaign.

And an end to the idea that alcoholics need to “go sober” for a month or two. And they’re right. For starters, there’s no evidence that Dry January works.

You start earlier to get them in.

Every year dry January drinkers have their first drink earlier than ever before, at an average of 8 pm on New Year’s Eve.

But then most people reported drinking more in the first week and the first month back at work after the holidays.

Let’s pile them up and then not bother after all. Well, after January anyway.

Imagine having a whole month’s worth of booze before midnight to achieve a goal that you have set yourself?

And then there’s the whole stigma thing.

It can be tough to admit you have a problem with alcohol and need help, so campaigns like Dry January can put people off seeking treatment when they do need it.

But we can all agree that unless you’re an alcoholic, giving up booze for a month is a bad idea. It’ll just leave you feeling rubbish.

So instead of Dry January, why not try some alcohol-free option all year instead.

Nah, that is far too sensible, right?

It makes you think about drinking alcohol even more.

Dry January is not a good idea because it can make you more likely to drink. The follow-up studies found that people who committed to quitting drinking in January were more likely to binge drink at some point during the year than people who did not take part in Dry January.

That’s not surprising, but it does suggest that Dry January doesn’t do what it says on the tin.

It’s not a way to help you stop drinking for good; it is just an expensive way to get you to cut back for one month.

Indeed, there is no objective evidence that Dry January does any good at all beyond making people feel better about themselves when they succeed at not drinking for two weeks.

But you can tell me differently, and there will always be a feel-good story of one person pumped out to the press.

Dry January is a health excuse.

Dry January is an alcohol-free way to start the year, devoted to improving your health and wellbeing by giving up booze for a month. But it’s not just about the alcohol.

It’s about learning to appreciate being better off without it.

And for many people, it’s also about saving money.

The trouble is that in taking on Dry January, you’re also taking on a whole heap of built-in excuses.

All of these things may happen, but there’s no guarantee – and they might not happen at all. The bottom line is that Dry January gives you lots of excuses and minimal incentive to quit drinking for good.

You did something for one month, big deal!

It wasn’t enough that I couldn’t drink any alcohol this month or any month, and now I can’t even look at it!

But I accept, OK then!

Not drinking for January sounds like a pretty good idea, right?

It has to be better than drinking too much over Christmas and New Year. Trying to reduce your alcohol intake probably won’t do you any harm, but one month will not have a significant effect on your health.

Alcohol and health is well documented but easy to avoid

Research shows that people who drink heavily are more likely to have an unhealthy diet and do less exercise, making them more likely to be overweight or obese and have other conditions, such as diabetes or heart disease. 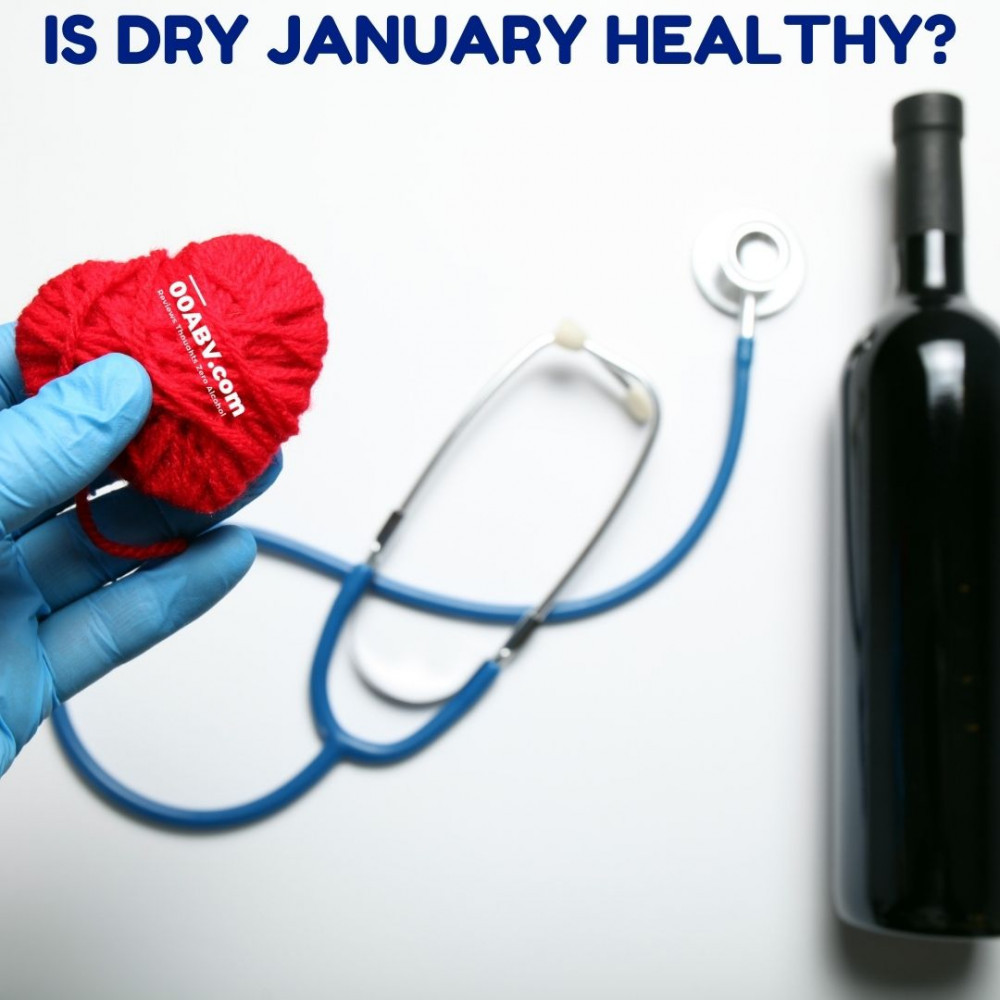 If you don’t usually drink much or at all and want to give it a go, it is best to do so gradually, so your body gets used to not having any alcohol in it.

And that is the excellent Doctor is saying that not me! ( NHS England)

It is just a day on a calendar, so roll on February, right.

We’ve all been there before.

The day of the year where you vow to take a break from booze.

It’s January 1, you’ve just come back to work after some time off, and your colleagues are either hungover or bragging about their resolutions. So this year, you’re going to call it quits; no more drinking.

Till February comes around.

When you think about it, however, avoiding alcohol makes sense for your health—it’s a depressant that can have adverse effects on your body if you drink too much.

But how many of us do that?

We spent some time researching just how harmful alcohol can be for us and came up with an infographic that breaks down the science behind hangovers and liver damage. We hope that this will help us make better decisions about their drinking habits in the future.

And then we do nothing after January.

Like any fad, dry January is full of promises and less reality.

Dry January is the new thing: a month-long period of abstinence from alcohol for reasons of health, weight loss or sobriety. Were you tempted to join in?

The dangers are that it normalises total alcohol abstinence and can lead to obsessive self-diagnosis or over-correcting.

The drinking limits that doctors recommend are moderate and have been shown to work for most people. However, if you have a problem with alcohol, then abstaining for a month could be an excellent way to reset your relationship with booze.

But if you’re not an alcoholic, there are better ways to improve your relationship with alcohol than by abstaining entirely for a month.

The problem is most people are alcoholics and don’t realise it.

14 units a week is one and a bit bottle of wine, right? Well nearly!!

It’s all about drinking within certain limits: no more than 14 units of alcohol per week (which is broadly equivalent to six pints of beer or seven 175ml glasses of wine). If you stick within those limits, studies suggest you’re unlikely to face any long-term damage to your health.

I am not sure Dry January fits into any of that. 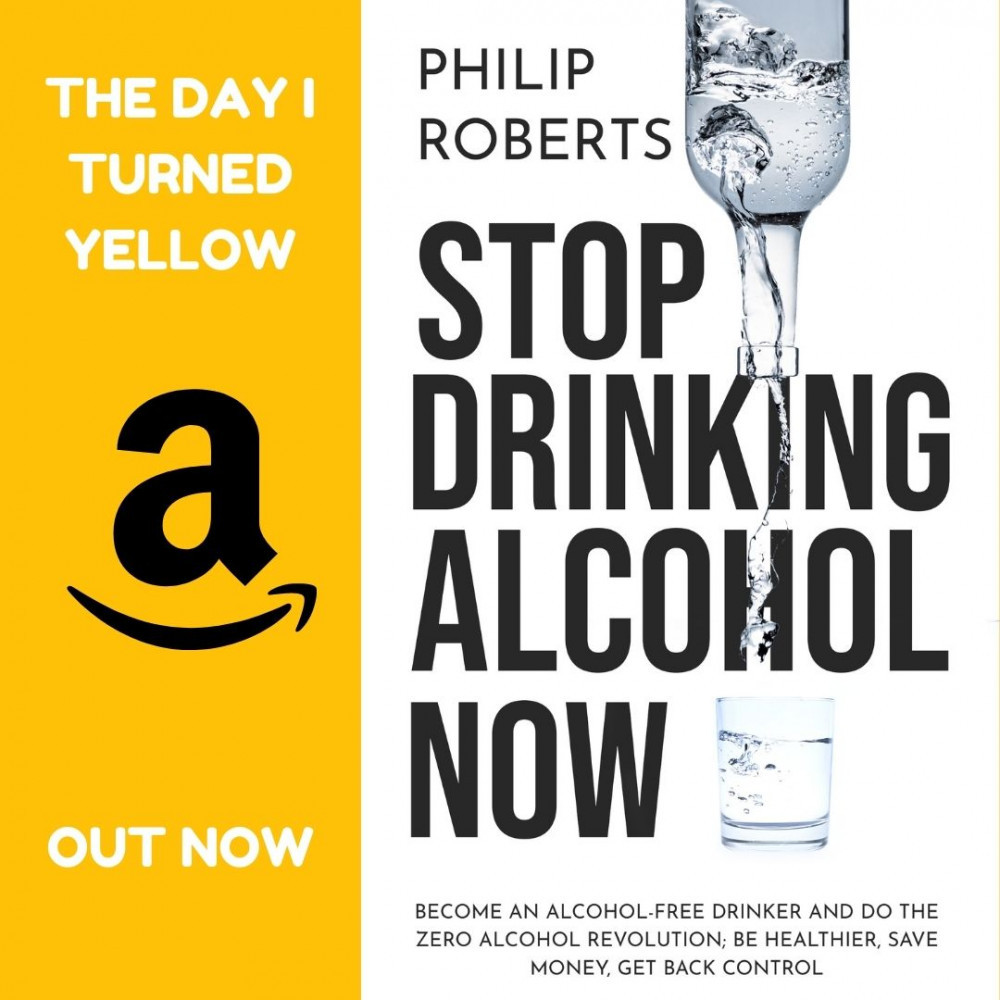 Read why I gave up alcohol in Stop Drinking Alcohol Now.

So maybe it is a year-long thing, then?

This method of 14 units per week is based on decades of research into drinking patterns among adults and sensible advice about what constitutes healthy.

Sure, there are plenty of good reasons to participate in Dry January.

Many people will probably tell you why they think it’s a great idea.

But if you ask me, I’ll tell you why it’s not so great, at least not for the vast majority of people.

Instead, I’ll suggest you think about picking up an entirely different month if you’re looking for ways to improve your health and wellbeing.

Dry January has no benefits, but I am sure you will find some. But read my book and then decide. Cheeky, I know!