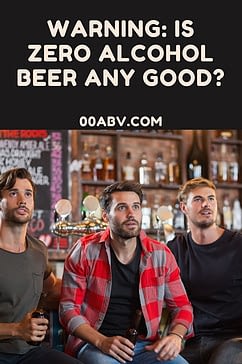 It has, in most cases Zero Alcohol Beer has fewer calories, and that may be a jump out factor for you. But, again, it’s a zero beer with Zero Alcohol.

Some zero beers have a trace of Alcohol because of the fermentation, but many don’t.

You’ll find out there’s Alcohol even in some bread rolls!

Obviously, for some of you, being an alcohol-free “hater” is real.

Whether Zero Alcohol-Free Beer is any good might be a NO for the rest of your life.

Since I went for Zero Beer over an alcohol one, and the prejudice keeps on coming.

I hope you’ll agree with these 5 reasons that it’s no bad thing.

1- Zero Alcohol Beer has got its act together

I mean, it was terrible.

It started in the UK to keep city workers well trading on their toes after a lunchtime session.

In reality, they would never get drunk on that stuff they served up as the original Zero Beer even if it did have Alcohol.

Most of it was left on the side of bars.

Most people still compare  Zero Beer to those early scenes of “face pulling”.

And in some cases, spitting it out. 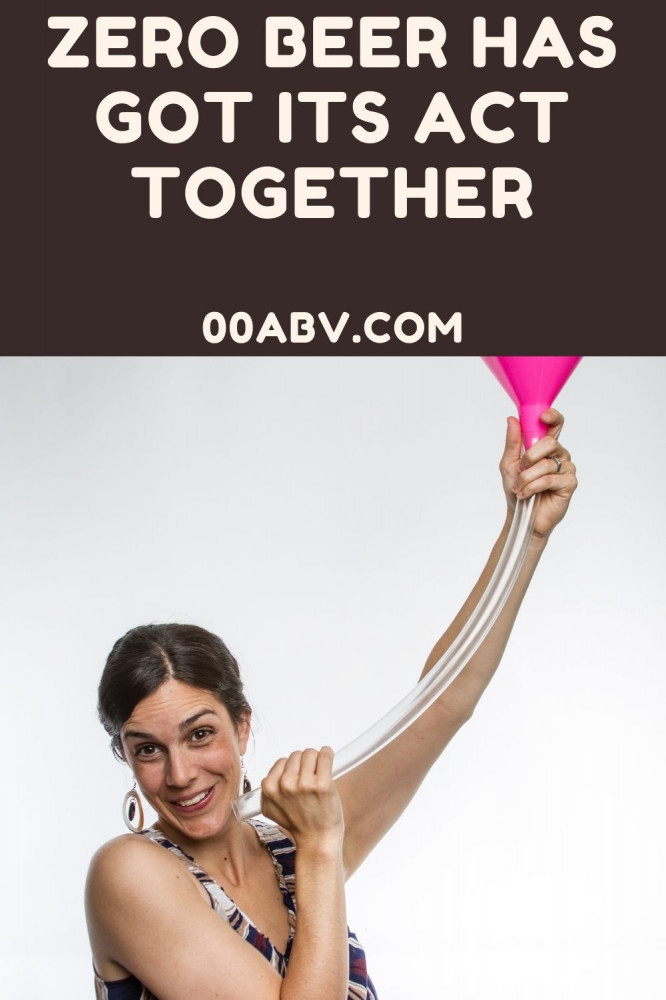 You know the “OK”; I’ll give it a go with the following: the pulling of the face. Oh, the funny face!

And I am not even talking low alcohol beer here; I am talking 0.0%.

Some alcohol-free brands may have a trace of Alcohol, like less than 0.05%, but then you could get more in a burger roll or an orange juice.

Many breweries have managed to create a great tasting beer without any alcohol at all.

Just like Bavaria with its unique formula of no alcohol being produced as part of the process.

Now it’s not everyone’s cup of tea, excuse the analogy, but I know some of my alcohol drinking buddies have a night off with alcohol in the week and choose a zero beer.

But the flavour has massively improved.

So I get totally why people avoided it in the past. I mean, it was terrible.

Now a few things to cross-check with you.

Double-check the label, and if you are after a totally zero beer, then go for a 0.0% abv, which will be on display.

Plus, manage your expectations. If you go in expecting it to be like another alcohol version, you will be disappointed.

Plus, try different tastes until you find what works for you.

Ironically until I went Alcohol-Free because of my health, I hardly ever drank Beer as I was mainly a wine drinker.

Read Can you get alcohol-free prosecco?

There are so many brands out now that are surprising us with our Alcohol free-beer options.

Going zero can be fun.

I mean craft beers like Free Star, and if you like a citrus twist, I highly recommend it.

Plus, yes, you will get a few dodgy ones, of course.

I mean don’t like “Dark Stout Beer”, so why would I want that type of alcohol-free or zero beer.

But then sometimes you get some surprises.

I mean, in Belgium, there is a beer you would only drink if you want to get off your face.

Can I get a job in the marketing department, please?

It’s a delicious drink, and even the staunch Leffe Alcohol Drinker finds it difficult to disagree.

2- You can opt-out of Alcohol by Drinking Zero Beers.

Look, this is not someone in the corner saying give up smoking; it’s telling you there is a choice.

And in reality, that is what zero beers have given us.

And University Research from the UK says quite clearly that given a reasonable choice, people are more likely to choose an alcohol-free option or a Zero Beer. 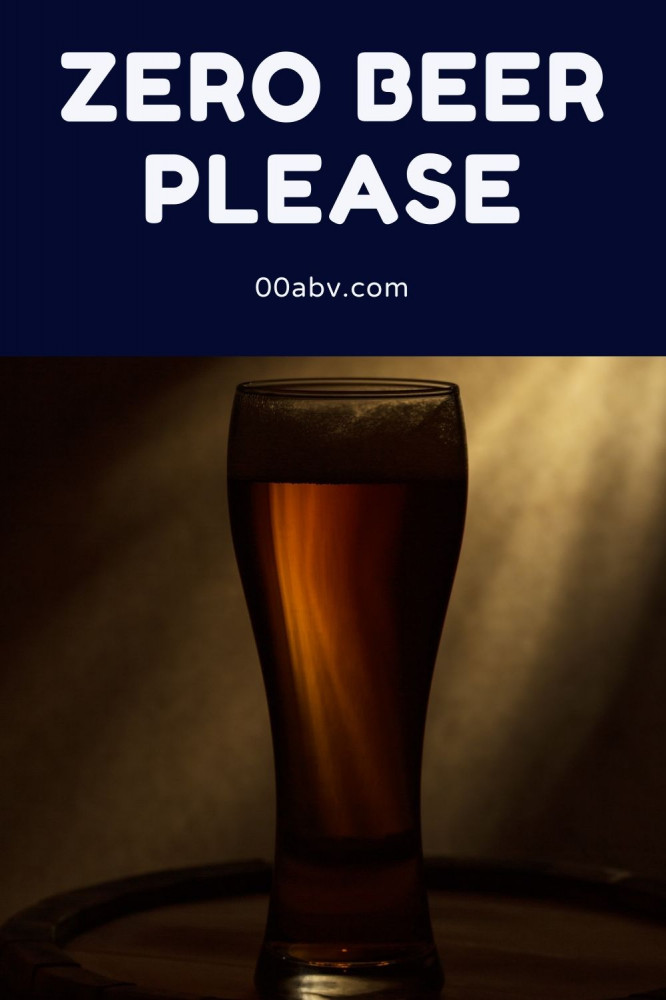 However, the key is that it’s a good choice.

Not something you feel you have to drink under duress; otherwise, it just won’t work.

Online is still king or queen when ordering zero alcohol beer, and I don’t get why.

It’s a massive trend now, and bars and restaurants haven’t caught up yet.

But you can influence the decision making and ask for it by name.

Make the point you like choice or ring ahead and order it.

The more you list the benefits, the more people even consider going for it.

And now, as the taste of Zero Beer has improved, you can even say you like the taste. Wow!

I was stuck for drinks, an all-inclusive holiday, and many people saw me drinking San Miguel Zero and decided to do the same.

After all, heat and Alcohol we know do go together, as the NHS website in the UK explains.

Choose Zero Beer, and before you know it, you are not pushing the recommended units of 14 units of Alcohol. ( UK)

One standard drink is roughly a unit, and that is half a beer!

You can check out your limits via the drinkaware website.

Plus UK clarifications which are different elsewhere: ( Courtesy Drinkaware)

However, be aware that you should avoid Zero Beer if it’s a trigger and leads you back to drinking excessive amounts of Alcohol, so always get medical help if that is the case.

Of course, it isn’t

There are people and for a good reason who need to stay away. 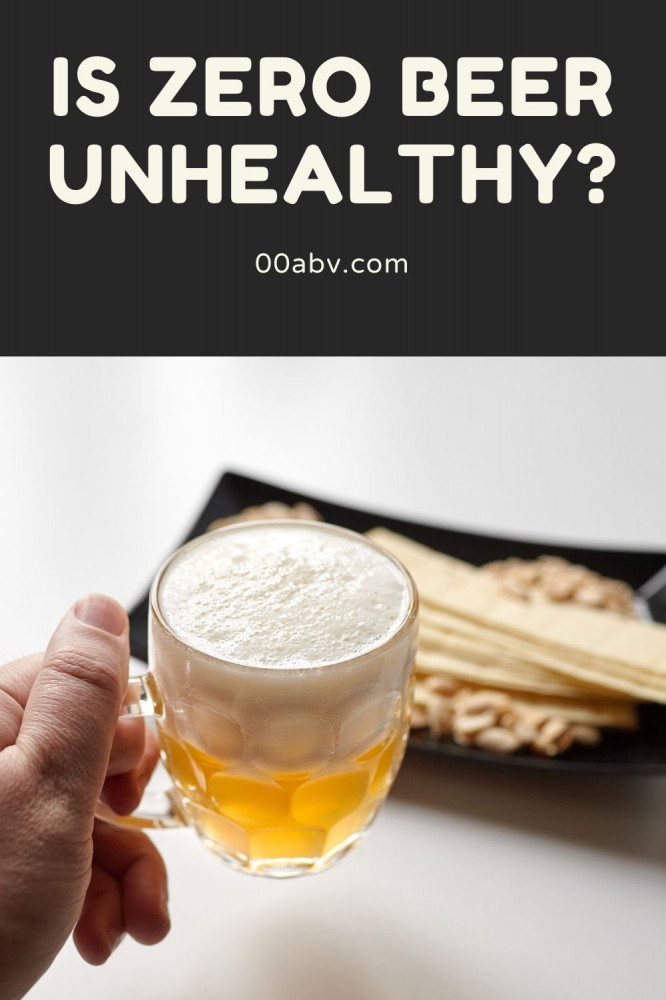 But the other week, I got an email saying that I could be causing people to drink.

Hang on a moment; breweries often criticised for their high Alcohol by volume option are not condemned for encouraging people to drink alcohol.

Of course, it can be a trigger, and I get that.

But if I go on the local city streets on Saturday night, I am 100 per cent sure that it’s not Zero Beer causing people to puke up and roll about the road.

Non-alcoholic Beer can reduce your risk of heart disease, according to many research efforts, plus help you sleep, reduce the risk of getting illnesses such as the common cold.

Folic acid, potassium, iron, and zinc are among the vitamins and minerals it contains.

Now when it comes to sleep, we know Alcohol disrupts rest even more with caffeine; Northumbria University in the Uk, home of one of the biggest sleep study centres globally, even says this to its students.

Drinking Zero Beer and eating healthy is a great way to improve your health, and now the taste is better, you have no excuse, right.

Most zero beers are made using natural products. I mean, some of the other stuff behind the bar is hardly healthy.

I mean, I am not knockin’ diet drinks, but you get my point.

The ingredients are simple for most zero beers which is one of the reasons for its success, so water, yeast, malt and hops.

Going for Zero Beer means most alcohol-free beers are natural.

If you want to prove that to yourself, look at the ingredients of other alcohol-free alternatives and check on the range of additives, artificial sweeteners and well, yes, what is that?

Who knows. So please don’t tell me zero beers are unhealthy.

4- When you choose Zero Alcohol Beer, you consume fewer calories

Well, most of the time.

A great example is Bud Light which has made a big deal out of it.

You can read my review here.

This bit is the bit I am probably the most excited about when it comes to zero beers.

You get to see the buzz around the drink and find a zero beer drinker, and you have a lot to talk about.

The first one is fewer calories. I mean, the term beer belly has been around a long time.

But in reality, it is not the Beer that makes you fat; it is all the calories. 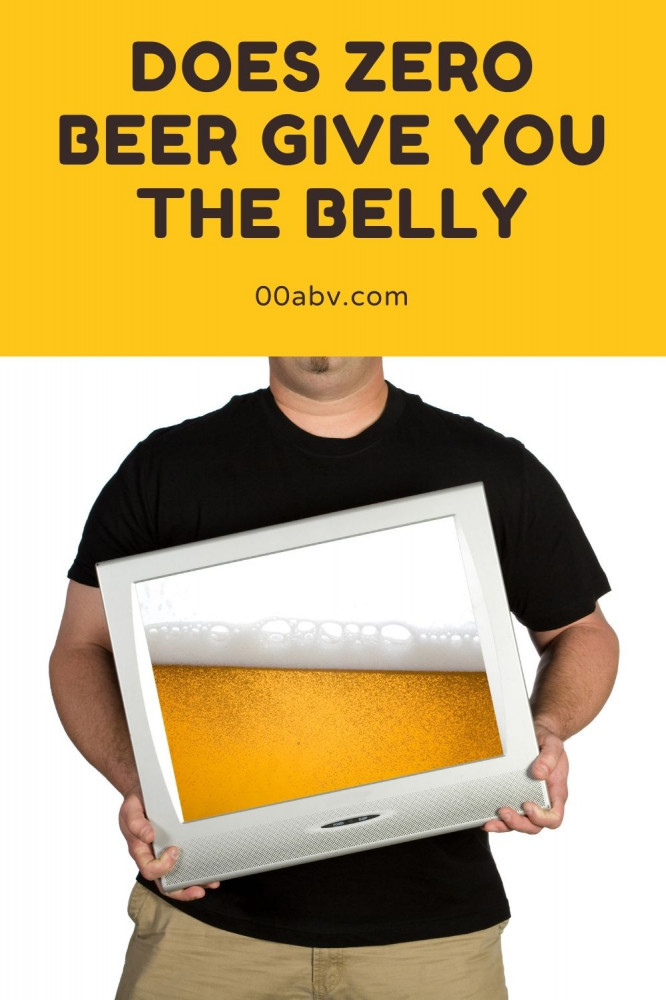 If you take out the Alcohol, then no, you don’t have a diet drink. But good news!

On average, Alcohol has 56 calories a unit.

My nutritionist calls these empty calories, which mean they are of no actual use to anyone apart from your hangover!

So if you swap a beer, you could be saving well over a hundred calories before you are even are tempted with a kebab on the way home.

Of course, because you are not drunk, you will eat less overall.

So, yes, you cannot get drunk on Zero Beer, so that means you will drink less and, of course, have fewer calories.

Just remember, zero beers are not diet drinks, and you will be fine, plus check the label.

They are some of the best-labelled drinks out there.

5- You Can Be Social with Zero Alcohol Beer?

For me, giving up Alcohol was not difficult at all.

It was a to live or not to live decision for me because of my health.

But, for you, it might be a different reason.

You might not want a hangover, or you are a runner with a goal. 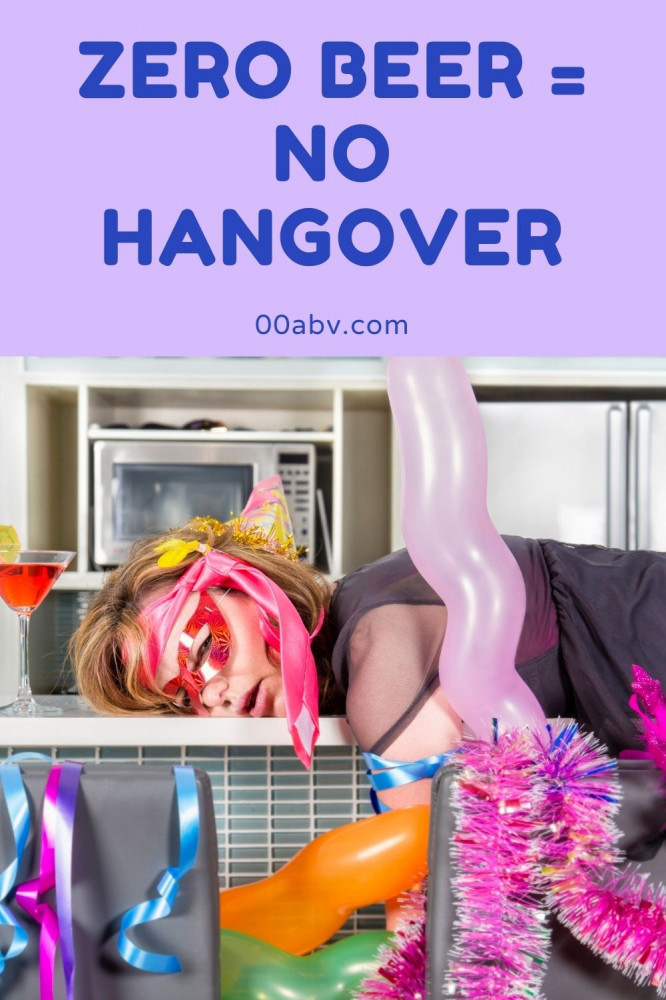 But the prejudice you get for non-drinking is real!

I kid you not.

If you are having a branded or even Craft zero Beer in your hand and smiling.

Well, it does the trick at social events.

Yes, you might get the strange look at the bar, but your social circle will get curious and may want to try out a few zero beers themselves.

It’s called social proof, and once a few people have got curious and tried a non-alcoholic beer, the momentum begins.

I have seen it happen.

So zero beers, why not try one and see what you like.

Be adventurous or a bit dull like me, and have a Peroni Alcohol-Free.

I mean fewer calories, a healthy lifestyle, and you still get a beer in your hand!

Try a  Zero Beer out, and let me know. But, please avoid being disheartened if it’s not in your local beer house or restaurant just yet, it will come with time.

Leave your comments on:  Is Zero Alcohol Beer any good? And yes, it’s a warning as you might just be surprised.