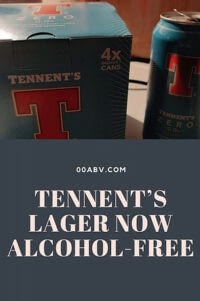 Tennent’s Lager. It has not lost its senses and decided all its beer is alcohol-free. Far from it.

The Tennent’s Lager brand seems to have launched a new alcohol-free version, but the alcohol brand remains intact.

Maybe if you’re looking to cut back on alcohol, you are looking for a new beer brand.

I mean, there is nothing worse in a bar than asking for an alcohol-free lager and getting that blank stare.

I mean, I support new alcohol-free beers as they are hard to get at the best of time.

Hold that thought for a second.

I mean, I am up for choice, but you may need a peg on your nose to start with, but all is not lost, so stay with it.

Tennent’s is a great beer brand, and it seems they have gone for the trace of alcohol option.

Although officially, it is alcohol-free.

If you are concerned, check out the Drinkaware website in the UK, but it varies from country to country.

They sum it up as the following.

Now there is probably way more alcohol in an orange juice or your banana.

I mean, yes, it did use to freak me out a bit until you realise alcohol forms naturally in many products,

Tennent’s alcohol-free lager is a 0.05% abv drink and does relate as close as they could get it to a Tennent’s Lager.

Although I was never a big fan of the brand between you and me, I naturally placed it in the dark beer category.

Although in Scotland, I think it’s a different case and a more well-known brand.

Tennent’s Zero has a taste that you might come to expect for the brand.

Although it is very different to many of the alcohol-free lager beers out there.

My alcohol-free podcast co-host said it was close to Bavaria Zero.

But I could not disagree more. I think the two brands are very much apart. 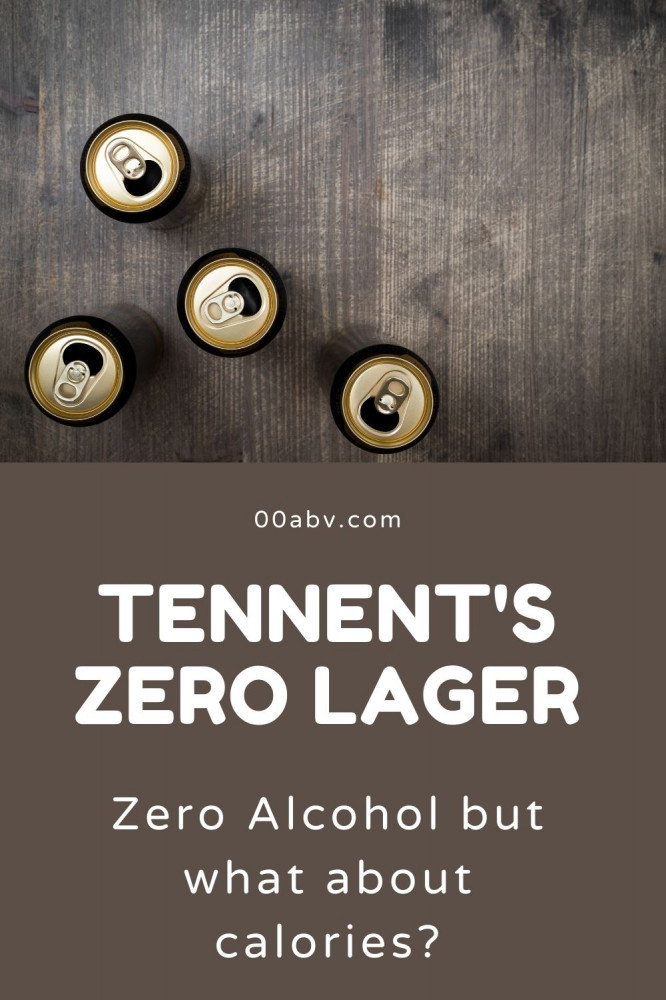 Hey, but what does he know!

Tennents alcohol-free has what you would expect from this kind of beer.

The malty grain hops are in there, and the fruit comes through in the smell.

But what is that smell?

There is a bitter balanced taste which for me got better as I drank it. But, sometimes reluctantly, it has to be said.

It was a bit start and stop, you know that feeling where you want to give something a go, but you are not sure you want to?

Yes, it will have fewer calories as with any alcohol-free beer, but it’s certainly not a diet option. It has calories.

I was trying the bottles to be fair, and boy, do they need chilling.

So yes, Tennent’s Zero could reduce your calorie intake if switching from an alcohol version of any beer, to be fair.

Can you see why Tennent’s Lager has launched it?

And why not. The alcohol-free movement is gaining pace.

People are conscious they may be drinking too much and want to cut back, or maybe they can’t touch alcohol.

As ever, if it’s a trigger to go back to problem drinking, stay away.

Plus, lots of brands, including alcohol-free, are using the Scottish connection as it travels worldwide.

The brewery uses the water from Loch Katrine, which always says fresh.

Plus, the marketing of the use of Scottish barley, I am sure, helps.

But it’s just the smell!

So I get the fresh and Scottish ingredients, but it may be a challenge if you are not used to this brand’s “immediate” smell or, should I say, aroma.

But I also acknowledge it could be me!

But the desire is there according to the YouGov survey in the UK, with 48% of us saying we are interested in low and non-alcoholic drinks.

And, of course, the rise in alcohol-free drinks would back that figure up.

It is now at double-digit growth.

Tennent’s lager now alcohol-free, but is the smell worth it?

If you like Tennent’s brand and are loyal to it, then it is worth a go.

I have some alcohol-free beer readers in Scotland who love this. Are you one of them who would like to ring a bell for this 0.0% lager? 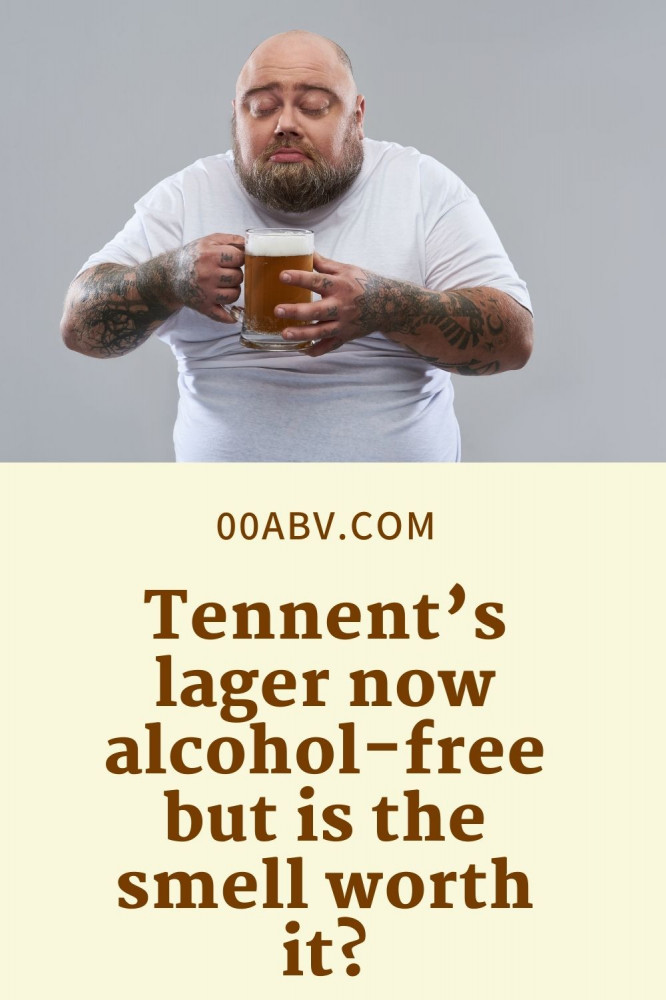 As with any alcohol-free lager, it needs to be in the refrigerator for a reasonable period before drinking it.

And the brand looks in keeping with Tennent’s image and is an alcohol-free option, clearly stated, which is excellent.

After all, we wanna know what we are drinking, right?

I know some of you drink it with a Tennent’s pint glass.

I am afraid I don’t have one. But don’t expect this product to be everywhere as it appears out of stock or out of sight.

Although this could be said of many alcohol-free lagers.

Once drinking it, though, I noticed that it’s relatively flat, and I prefer a bit more fizz.

The smell at first is like wet, cold gravy mix, but am I harsh? Probably.

This beer is a bit darker than the usual alcohol-free beer like Bavaria that I drink.

Would you mind reading my review of Bavaria now?

But I do accept that anything alcohol-free beer wise is a good thing to bring to market.

We need big brands like this to be visible. It just would not appear in my top 5 alcohol-free beer choice right now.

This is what happens when you get more than one alcohol-free beer to choose from! The choice is what you need, though.

I mean, you don’t like every alcohol beer or lager, do you?

There is sometimes a presumption that just because you are alcohol-free, you must like every option going.

That’s it just crazy and unfair to Tennent’s Alcohol-Free Lager.

So I always suggest giving it a chance. So support alcohol-free choice and leave a comment below.

I am just not sure it is top of my alcohol-free shopping list. But Tennet’s Lager or Alcohol-Free Lager deserves a go, at least.