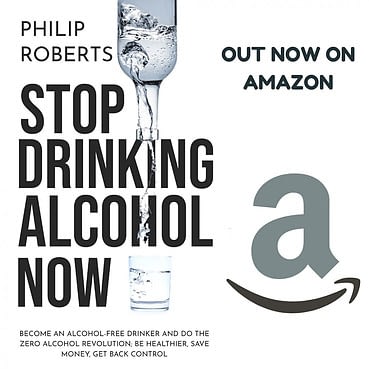 Stop Drinking Alcohol Now ( 7 reasons why I wrote it)

Have you ever wondered what it is like to stop drinking alcohol now? People who are giving up or cutting back on alcohol are vilified for being so-called “alcoholics” because their health or well being is suffering.

Or maybe they have decided to run some marathons.

There maybe be plenty of reasons why you want to give up alcohol to save your sanity or even your life.

I hope this book might give you some encouragement to think about alcohol a bit differently.

And don’t let the judgment of not drinking stop you.

I was probably the most average drinker in my social circle. But, on the other hand, I never drank spirits and only ever wine.

But the day I turned yellow gave me the path for challenging thoughts around alcohol in general.

7 – I was not your typical drinker

I mean mention alcohol and giving up, and most people form the hills. So let me ask you this.

Many do, and there is nothing wrong with that. But, unfortunately, it is the case for many.

However, I just drank wine and was a social drinker.

You may think of the alcohol issue as something different to what it is.

If you go over the recommended alcohol consumption in the UK, which is 14 units per week, you may officially be an alcoholic.

Read what one unit of alcohol is

Is the term “alcoholic” unhelpful label?

Maybe the person with the drink issue is sitting right opposite you right now, but you would never know and neither would they.

I mean, whoever thinks about your liver.

Most people think of cancer or heart issues over the liver. It’s why I believe the charity the British Liver Trust does such a fantastic job.

When I published this book, many of you came out and said you supported it, which is brilliant.

But in terms of recall for the liver issue, it does not often happen. 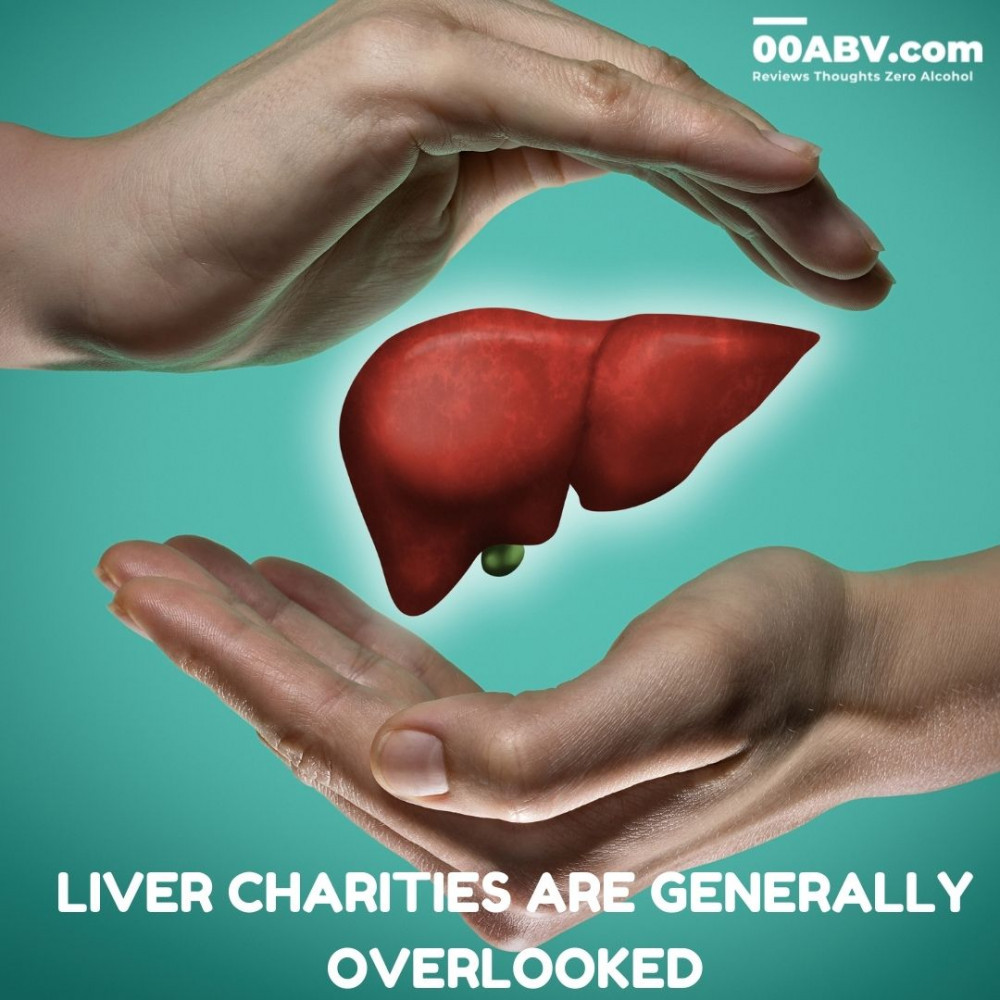 And it’s not malice either.

It is just not thought about in the same way. I met someone who thought they could survive on one liver.

They believed they had two and were mixing it up with the kidneys.

The reality is that alcohol in small quantities can harm the liver significantly, and a liver transplant is not an easy option.

You only realise this when you are in the liver ward with people suddenly realising the importance of a healthy liver, from processing every bit of food to helping your immune system operate at total capacity.

It is key to staying alive.

The one thing that shocked me, especially after the first round of prejudice when I had gone entirely yellow because of jaundice, was not the prejudice against me ever having a glass of wine.

Over time it appears not having a drink was categorised as having a problem.

However, it took a lot to get my head around.

So most of the prejudice now comes from ordering an alcohol-free wine or beer, not from having liver disease.

I found the whole thing bizarre.

However, it is one of the main reasons for writing the book Stop Drinking Alcohol Now on Amazon Paperback and Kindle.

When I was on my Facebook page saying no more alcohol, the response was fantastic.

But many secretly said there was prejudice to not drinking alcohol.

Many of you, even on the blog, say they have had precisely the same experience.

So maybe giving up alcohol is the easy bit. It’s the aftermath of not drinking that becomes the pressure.

There is a positive note for stopping drinking alcohol now, and that is if there was ever a time to choose an alcohol-free drink, now is the time.

If going for alcohol-free options leads you down the alcohol path as a trigger, please stay away or get professional medical advice.

I have trained in BWRT, and some great practitioners can help worldwide as a therapy around alcohol and even a mild addiction, although we would always ask for a medical referral first.

But if you want to cut back or give up for health reasons, or you can’t stand alcohol, then the alcohol-free drinks market is genuinely buzzing right now.

I have to stay. I don’t know about you, but I was dubious, so I sat waiting with orange juice when I got out of hospital but then realised there was probably more alcohol in that than alcohol-free beer.

I kid you not!

The thing is that alcohol forms naturally and can occur in many foodstuffs, but the reality is we are just not meant to drink alcohol in such quantities, even over lunch.

Like my consultant says, look at how big wine glasses have grown over the years. 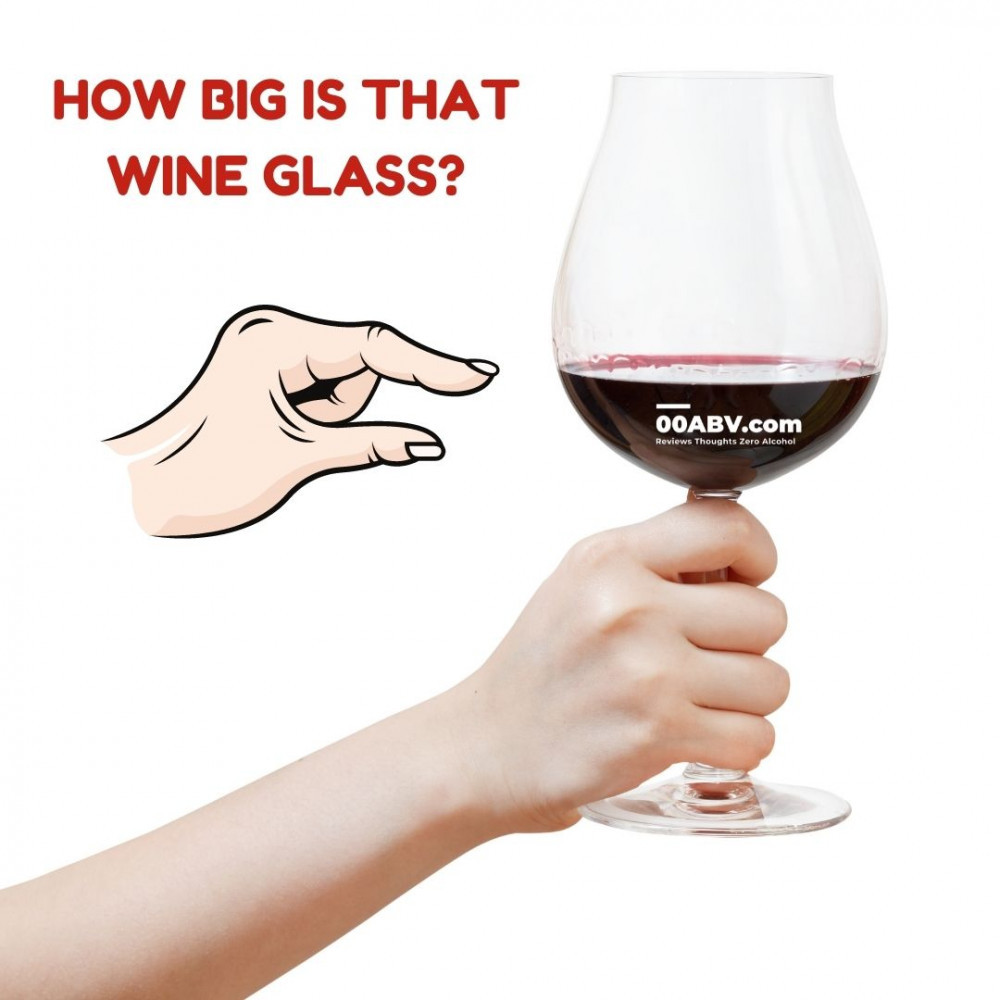 It is a far cry from those little French glasses you used to see on those holiday pictures.

Go into a restaurant and ask for alcohol-free anything, and they look like you have just landed from Mars.

But it is happening, so if there was a time to make a switch or at least give alcohol-free drinks a chance, it is now.

The people who make it have some great backstories to tell as well.

There is a natural movement, so you never have to feel on your own.

3- Why most people don’t know what they are drinking

You ever heard of ABV.

Me neither till I gave up alcohol. 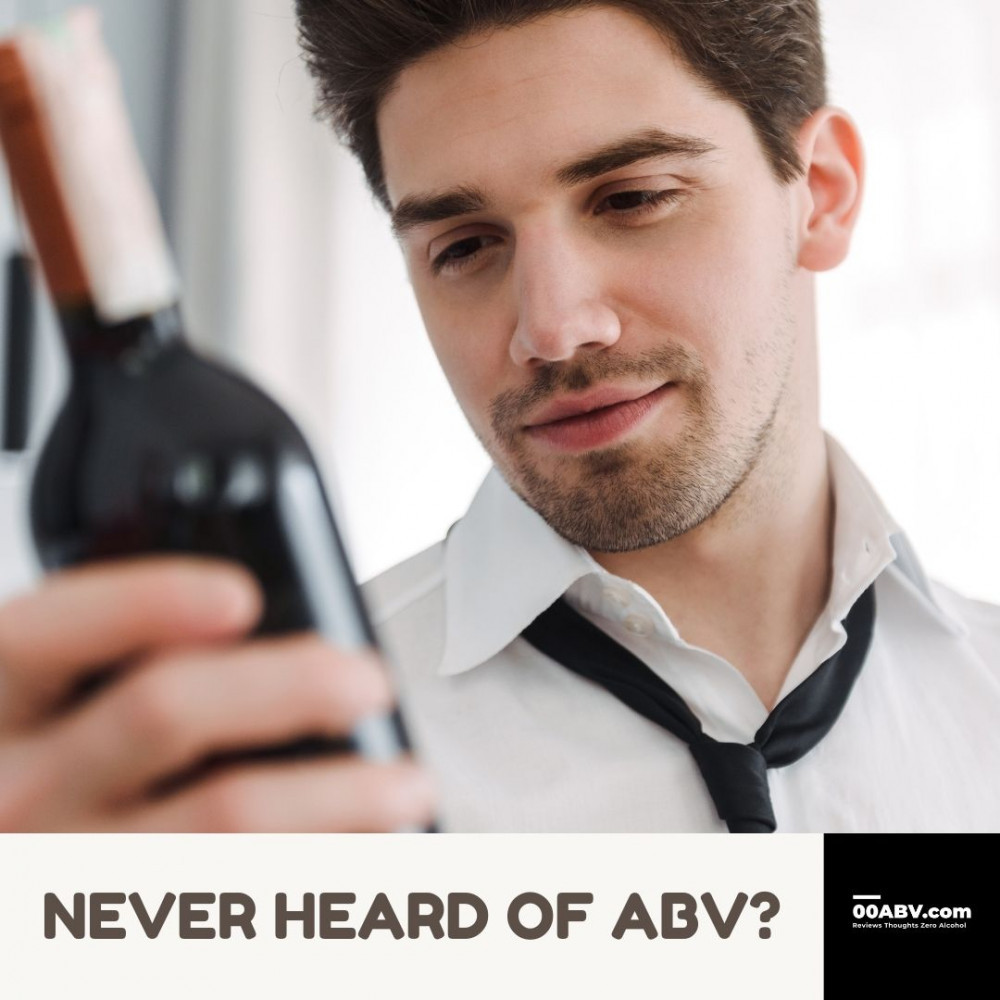 It stands for alcohol by volume and lets you know how much alcohol is in the glass of your tipple.

Now most people, if they are drinking, really don’t care.

But if you have stopped drinking alcohol, then it’s kind of really quite important.

This is where looking at the bottle or on the drink menu is one of the best things you can do.

For me, with my liver issue, it has to be zero alcohol. 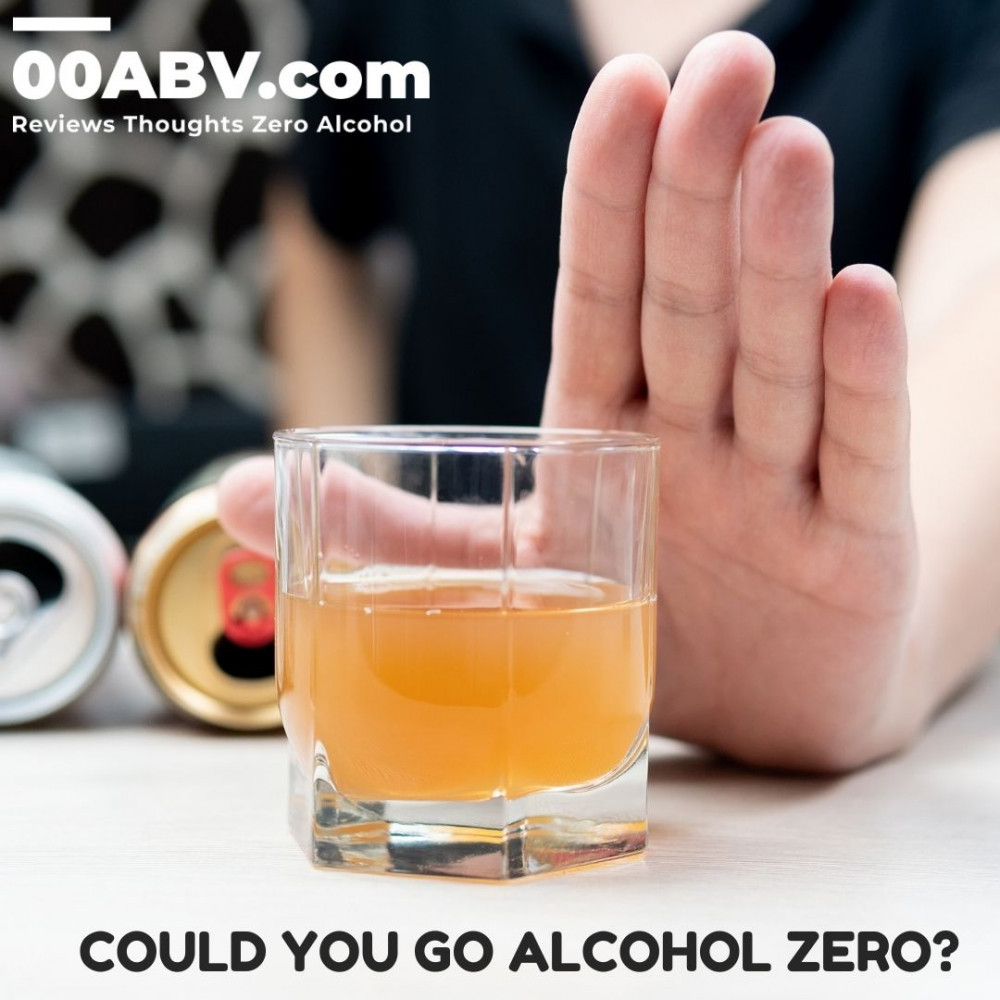 So yes, it is zero alcohol – so nothing well as far as anything naturally doable is concerned.

I mean, I don’t get overstressed about vinegar, for example.

Know what alcohol is in your drink and also the classification.

They are different the world over.

So what is considered alcohol-free might have a trace or even a bit more in some countries.

Drinkware in the UK is a great site to check what is alcohol-free and what is low alcohol. But, and I will be honest, when you are getting started, it isn’t apparent.

If you are cutting back on alcohol, know your ABV.

Know what it is regardless.

I recently received an email saying I was encouraging people to drink alcohol with me promoting alcohol-free options.

I think they were talking about where it can be an issue for a small number of people.

But in reality, I do think alcohol is the more significant issue.

Have you ever been refused a taxi because you were so sober that they thought you were drunk?

It happens to me all the time in my home town of Manchester, UK. It is why I moved over to Uber.

I mean, they don’t generally speak to you at all.

But I am afraid of the state of affairs. The social pressure to drink from buying a large glass to have the rest of the bottle of wine free is crazy.

It is a social virus.

And of course, it is acceptable in moderation, but when it comes to the point that alcohol-free drinks are labelled a problem, well, what is going on here?

I mean, I have even started saying I’m pregnant as that seems to shut them up.

As a man, it works every time.,

1- It’s a poison which is why stop drinking alcohol now seems like a good idea, right?

Not really; I mean, in moderation, it is acceptable for many people.

The problem is that wine fridge becomes the norm and alcohol promotion become the norm.

And yet, if some illness uses alcohol to kill bacteria because it is cheap to make, we should think a bit harder, maybe?

Hardly something we want inside us. 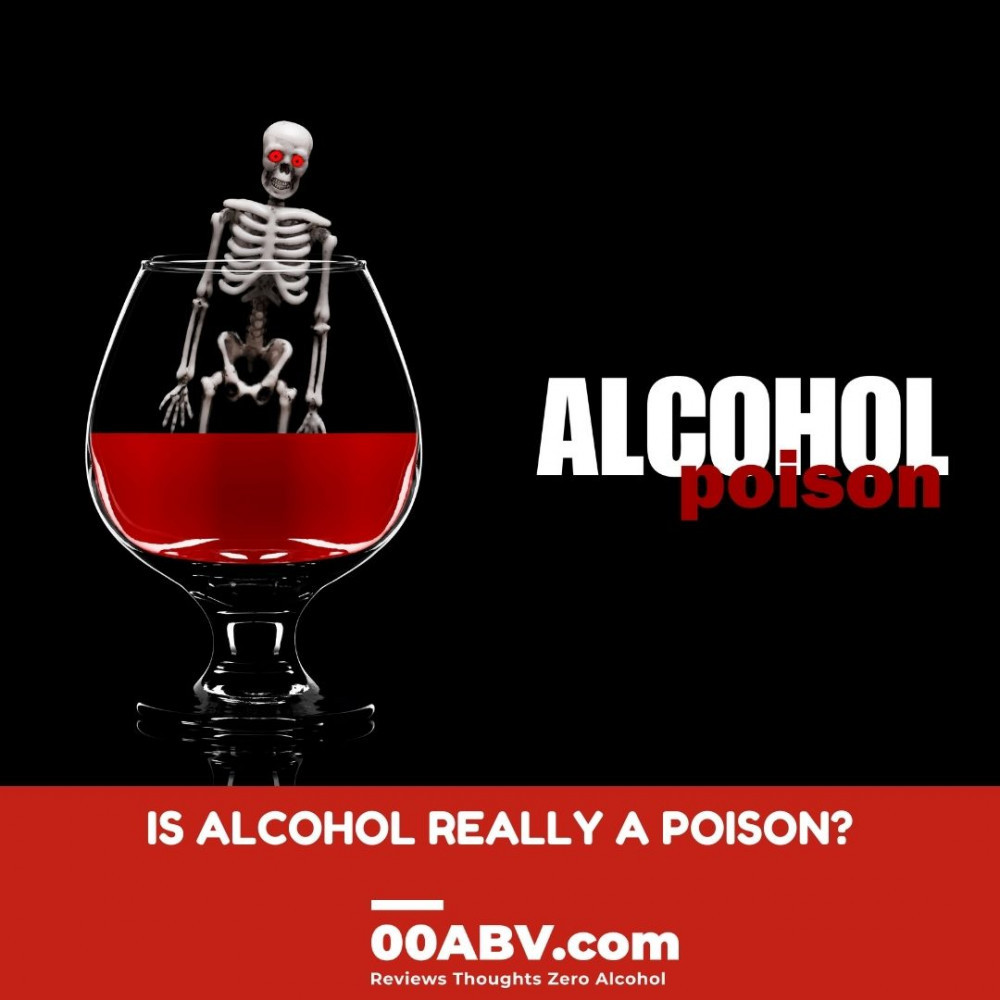 Alcohol is not natural for the human body.

It can kill us, which is why alcohol poisoning has its page on the NHS website in the UK.

People can die of it.

The problem is society deciding what too much and too little alcohol is.

Yes, we have our unit guidelines, but many people think that means one large glass of wine.

It’s relatively easy to drink a whole week units as advised by a medical practitioner after a few drinks and friends work.

So it was not going to be an easy one to solve.

Am I asking you to give up alcohol?

Actually, no, I am not. After all, I was just the average guy with the wine in the corner.

As an amazon associate, I earn from qualifying purchases, but this does not affect what you pay. I do my best to make that clear at all times and follow FTC guidelines.

And as I say to many people about it, the only reason for writing it is that it could be anyone, including you.

Even though you think it could never be.

Please note this is not a medical book but a personal perspective from someone with liver disease, and you should always like me aim to consult a medical professional

Stop Drinking Alcohol Now by Philip Roberts is on Amazon in Paperback and ebook now.