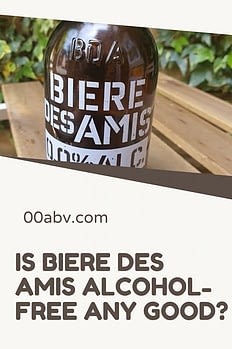 A great brand with a good-looking bottle. Maybe it was the aftertaste we had the most discussion about.

You can catch this episode 10 of the Alcohol-Free Drink Podcast Below.

This is episode 10; we look at a drink from Belgium, a Belgium Beer that’s alcohol-free.

How does it compare to Leffe 0.0 per cent alcohol-free beer?

That was this episode’s alcohol-free drinks podcast taste test courtesy of 00abv.com.

You would think with a country like Belgium, non-alcoholic beer would be massive, but we had to challenge our assumptions.

Does Belgium produce much non-alcoholic beer?

It appears it does not produce as much as you might think for a beer-making country.

We ended up asking, does China produce alcohol-free beer?

Unfortunately, I am not sure we got any answers.

The email was busy, and people wondered that given Ian drinks alcohol and Phil does not, is it easy to get along?

Both presenters were quick to answer, and actually, Phil was very complimentary.

But the serious point with an alcohol-free drink is you need a supportive environment.

Phil has some interesting stats about alcohol-free drinks generally.

What have you been drinking is back!

Phil has been on non-alcoholic wine, and Ian has been snooping around superstores again.

Plus the Alcohol-Free Drinks Podcast Headlines and your emails at podcast@00abv.com

The Alcohol-Free Drinks Podcast from 00abv.com is presented by Ian James the drinker and Phil Roberts, the No Alcohol Drinker.

What did we think of Beire Amis Non-Alcoholic Beer?

The first thing it led us to ask if Belgium was so into its beers should there not be more beers from this magical country?

One of the podcast presenters found out that China was the most extensive maker of alcohol-free beer, but we don’t think we have seen any from there either?

But if you have, let us know on the alcohol-free drinks podcast, and we will try them out. Email podcast@00abv.com

It was one of the beers to try on a taste test on the alcohol-free drinks podcast. We try to cover a range of alcohol-free beers, gins and wines.

Now I should point out that Ian James was schooled in Belgium, so he was looking forward to showing off this beer.

Although he had not had a taste before the taste test.

It was better that way.

Let’s dig out some facts, shall we?

Biere Des Amis is a Belgian lager that has its full-on alcohol brand as well.

So best not get the two confused. 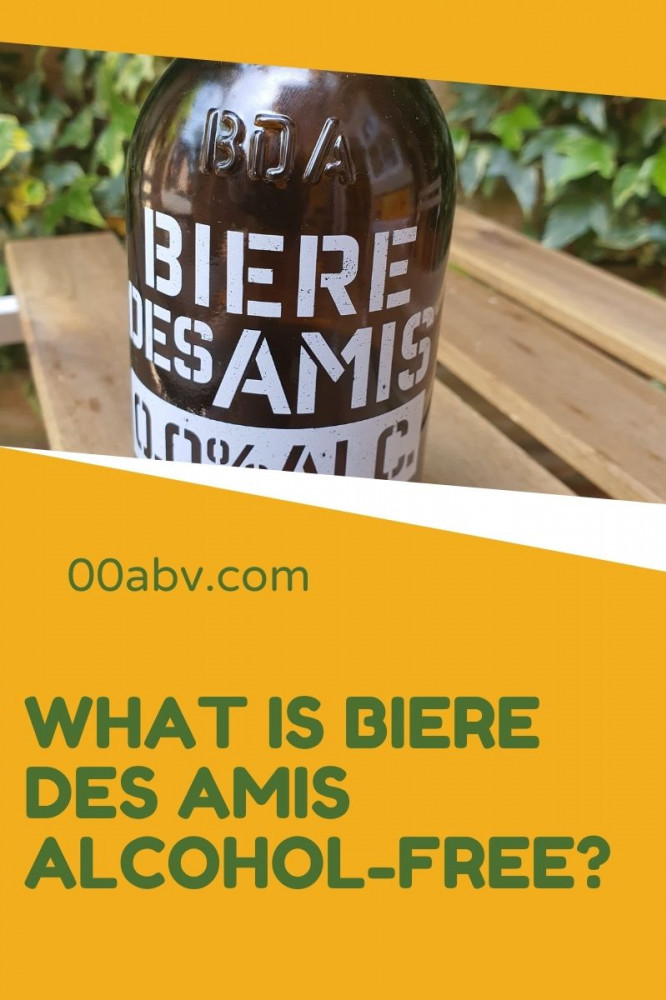 It is often described as an ale yeast from Brasserie des Geants but now with no alcohol.

I always think of many Belgian Beers as blond beer, and this one is no exception.

Although I felt slightly at odds with the after-taste, and so did Ian, my co-presenter, it undoubtedly tastes natural.

It prides itself on natural ingredients, and you can undoubtedly tell that, and it’s very well carbonated with a good head.

It was just the taste that I could not quite get my head around.

The bottle and the branding, however, is first class. Small and chic, and there is no mistake it is an alcohol-free beer.

In terms of the taste and aromas, you’re looking at essences of malt and cereals with some citrus in there as well.

Does it have an aftertaste?

They pride themselves on the aftertaste, but that is where I would rank it down.

But I must allow for the fact that I’m an alcohol-free lager drinker overall.

Biere des Amis alcohol-free certainly has all the attributes of a well crafted Belgium traditional beer.

The alcohol is removed by a low-pressure process using a vacuum exerted on the beer, which is done at a shallow temperature.

The brand is very keen on keeping with the original taste of the alcohol version, and of course, I have not tried that!

I have no doubt it’s a great quality beer. I was just not sure it ticked every box for me.

What are the Ingredients of Biere Des Amis Non-Alcoholic Beer?

This is 0.0% ABV beer which is excellent news, and the branding jumps out.

It’s 100% Belgium Alcohol-Free BEER at around 23 calories per person.

What is Alcohol-Free Beer?

The good news is that you can get Belgium Alcohol-Free Beer in the UK.

And if you go online anywhere in the world, you should probably see a good selection.

When you are out in bars and restaurants, alcohol-free beer can be difficult to get and buy, which is really frustrating. 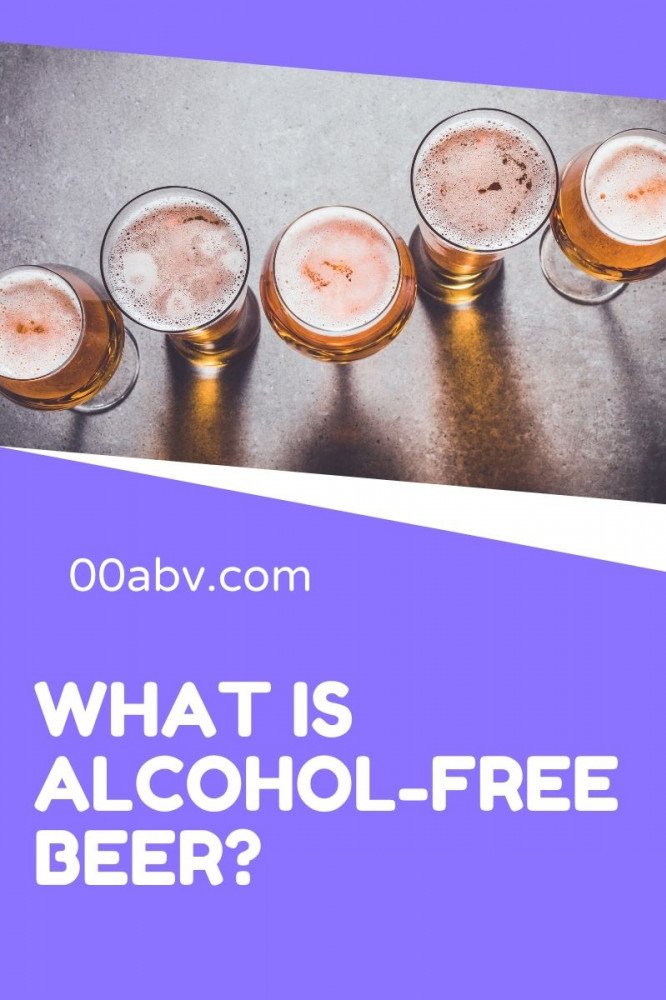 Labelling is also confusing, so the trick is to focus on ABV, its alcohol by volume. The excellent news with Biere Des Amis Alcohol-Free Beer is that the labelling could not be more transparent.

Some alcohol-free beer like San Miguel 0.0 has it splashed over the label.

Whereas the great Peroni Alcohol-Free does not, even though it is also zero alcohol.

Here in the UK, we have particular laws that govern all sales of alcohol-free and low alcohol drinks.

It’s different depending on where you live.

By UK law, ‘alcohol-free’ beer can contain a minimal amount of alcohol. They work this out to be no more than 0.05%.

This concerned me at first, but then I realised that naturally, alcohol could occur in some food like bread rolls and orange juice. 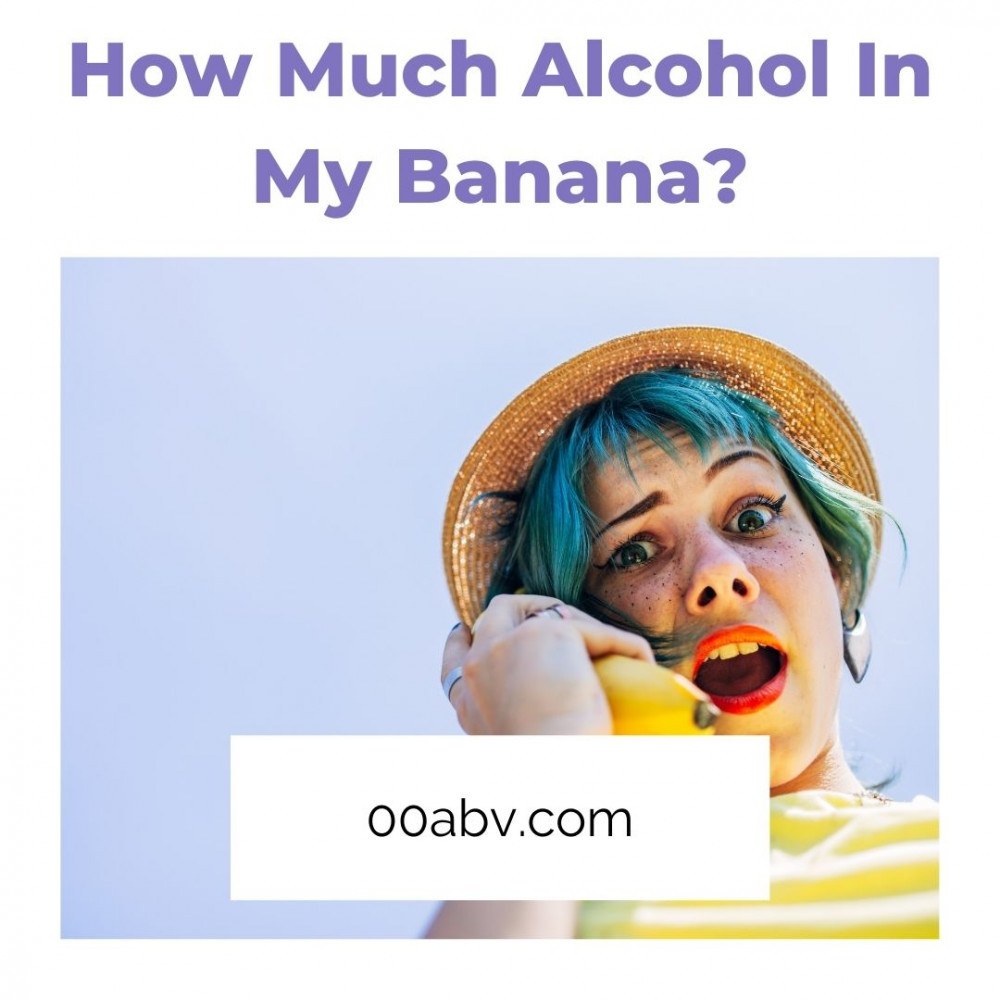 So let’s say that you like your alcohol beer strong and bought a beer bottle with an abv of 6 per cent. Well, that would be saying it contains 6 % of pure alcohol.

You can see why abv – alcohol by volume is so important if you cut back on alcohol or give it up altogether!

I used the label and classification explained by the excellent website drinkaware :

Why does alcohol-free beer contain some alcohol?

Now, if you put fruit in the sunshine, you produce some naturally produced alcohol. However, many alcohol-free drinking breweries use techniques that make sure there is not even a trace.

In reality, though your carton of morning orange juice is likely to have some even more, so, I tend not to stress about it.

So from a legal perspective, brewers have to put Alcohol-free beer containing a small amount of alcohol (up to 0.05% ABV).

This is because some alcohol naturally forms as part of the brewing process.

Brewer in the area of alcohol-free beer makes it general in two ways.

They can take any alcohol out at the end of the finished production process.

Like the makers of Bavaria, some brewers make sure no alcohol is created whatsoever. Some people argue this distracts from the flavour.

I am not sure I entirely agree!

Some of the breweries boil away the alcohol. Some use a filtering process.

Have you tried any alcohol-free beer from Brussels? Maybe you have attempted Biere Des Amis 0.0 abv. I would love to hear your views.

And remember to catch up with the full review on the alcohol-free drinks podcast.