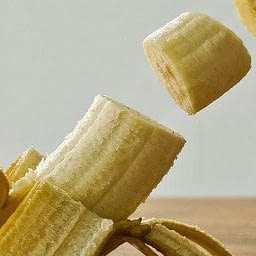 How much alcohol in a banana ?

When I gave up alcohol altogether I never realized how difficult it would be. Not because of addiction but people would say to me “do you know how much alcohol in a banana”?

I would go serious for a moment and laugh it off. After all I was determined to go alcohol free to save my life because of a health issue.

But it did freak me out a bit!

So I then wondered rather than people thinking of me stashing a bottle of vodka in my bag ( I have hardly ever drunk vodka in my life ) but maybe they thought I had a stash of bananas. 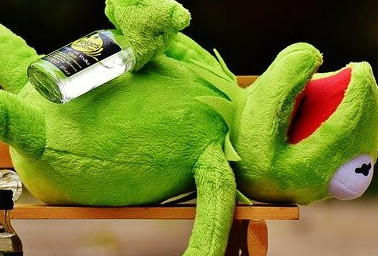 I mean really was this what I was up against.

But when you look at alcohol in natural products you begin to realize that when you start to give up something like alcohol its in everything.

This was coming true of the poor simple banana.

Yet I was given several bananas in hospital when I was really ill, so did they even know it might be an issue?

I could see a “banana gate” scandal coming and my health going down hill fast again and all because of alcohol in bananas!

It’s a bit like giving up wheat or nuts. It’s in everything!

So I decided to look and dig a bit deeper about the amount of alcohol in bananas.

It turns out I don’t think I needed to be worried after all.

Should I be worried about my ripe banana with my cereal ?

If you look at different studies all over the world about alcohol and food well bananas come up a lot. I kid you not! 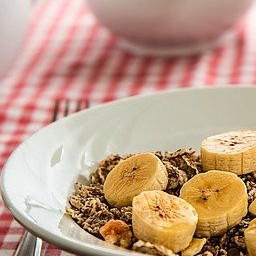 If you do a search you will see ethanol rather than alcohol talked about which is what is “produced” into our alcohol drinks and is often a byproduct of any fermentation.

Fermentation is when sugar in the right circumstances including the presence of yeast and heat turns into alcohol.

Now I often talk about ABV a lot and that stands for alcohol by volume, I really use it to make sure my drink has zero alcohol in it and for me it’s crucial.

Have you been served alcohol free to find out it’s not!

I know I have.

It is one of the reasons I was concerned about the latest Gordon’s alcohol free gin offering and the green bottle. 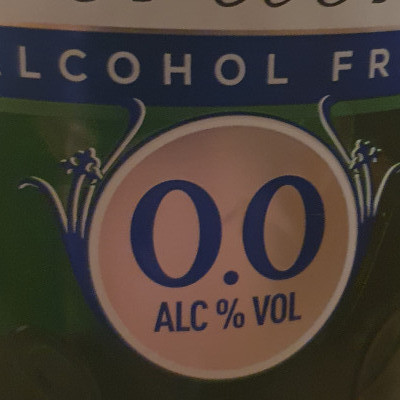 It is now generally considered by University studies worldwide that if you test a ripe banana you could see up to 0.4 % abv.

The University of Kaiserslautern did a brilliant study which looked at kids and alcohol.

They also looked at alcohol in bananas.

Now what is interesting is that they actually found that other foods have even more alcohol than my morning banana!

The University of Kaiserslautern looked at one brand of burger rolls containing 1.28% ABV
alcohol content.

So basically kids are being exposed to alcohol let alone people who are just trying to avoid for health or any other reason.

So in some case kids were exposed to 10.3 mg ethanol per kg of weight.

Now if you were making of drugs or should I say medicines like over the counter you would have to flag if the alcohol content was around 6.0 mg/kg 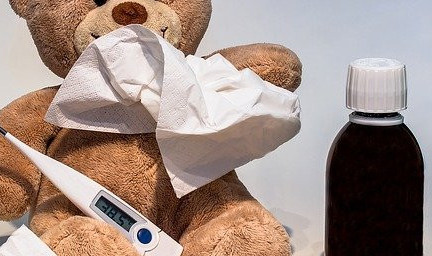 It’s actually extraordinary that some people don’t realize how much alcohol is in some medicines and even more than some alcohol filled desserts for example.

So should I be worried about my alcohol free beer?

Yep some alcohol-free beer does contain a trace of alcohol. Even Heinekien Alcohol Free Beer has on its label that it contains no more than 0.05% alcohol. 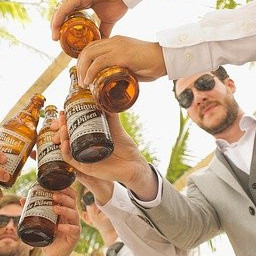 Of course many alcohol free beers like Bavaria have nothing at all so less than your banana and they are branded 0.0 so its no wonder consumers of alcohol free drinks get confused.

0.5% ABV and below around the world is seen as alcohol free in terms of beers, wines and gins.

You can read my best alcohol free beer brand here

Now can I live my life totally alcohol free?

Well kind of but if you eat a balanced diet it’s almost impossible to avoid a trace of alcohol.

But food with alcohol is considered to be “non alcoholic” so why is that?

How is alcohol made then?

It all depends on ethanol or alcohol fermentation and it’s actually more common than you think.

You get the concept of yeast right?

Well it’s used in all sorts of food and drinks. It’s like the “ignition” to fermentation. It’s like a kick start!

So if you add yeast to sugars and provide the right conditions, it turns into ethanol (alcohol) and the gas co2 so carbon dioxide. 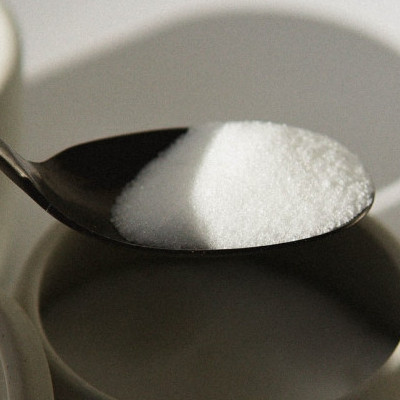 So many of the alcohol free brands that I support on the blog create beers that are under that all important threshold.

I should say at this point that because of my health I only go for 0.0% beers.

But under 0.5% ABV both the big and smaller alcohol free brands take out the alcohol altogether or in some cases depending on how they do so some trace of that alcohol may remain. 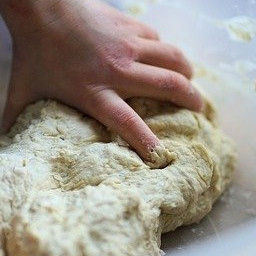 If your food is fermented in some way scientists point out that it will have yeast somewhere in the process and some trace of alcohol unless it cooked out!

Of course when my Gran was making her bread in the so called “pantry” she just used natural fermentation that occurred with of course the right temperature.

So even food where the purpose was not to create alcohol it can just ferment naturally.

If you left fruit out in the sun for example, some alcohol could occur.

It is actually a natural phenomenon.

Spontaneous fermentation is why some foods and drinks that haven’t been intentionally fermented can also contain alcohol.

The team at University of Kaiserslautern basically looked at how we are exposed to alcohol, even when we think we are not.

Even some celebrities have been lambasted for allowing their kids to drink completely 0.0% beer with no alcohol whatsoever!

This is opposed to some cultures where kids just get a small glass of wine with their meal and nothing is said about it. People’s view on alcohol are strange sometimes.

And no I am no judging either option actually.

So according to the research food from bananas, breads to some yogurts all contain some fermented ethanol so alcohol up to just over 1% as a percentage.

You can read how much alcohol in orange juice here.

The study on alcohol of course scared the pants so most people as you food expect kids to eat food so they would be exposed more to a trace of alcohol, than we would first imagine.

If you do a comparison to a big glass of wine or whiskey for example it is like peanuts!

Just look at the abv, so alcohol by volume figures on alcohol drinks and it really does become insignificant.

But I can understand where the survey raised alarm bells.

However, a comparison and contrast of the reality including that of an alcohol free drink when compared to your banana which I had for breakfast should give it some perspective.

Should I worry about my health if I eat a banana?

It’s unlikely that you’ll need to avoid all foods and drinks that contain alcohol if you’re dependent on alcohol.

The amount of alcohol in the foods and drinks listed above is nowhere near enough to get you drunk. And – unlike low-alcohol and non-alcoholic beer – it doesn’t provide the sensory cues that can make you want to drink alcoholic drinks.

However, your medical experts like a doctor or dietitian are a great source of information. I saw a diet expert for a while and it really changed my approach to eating. 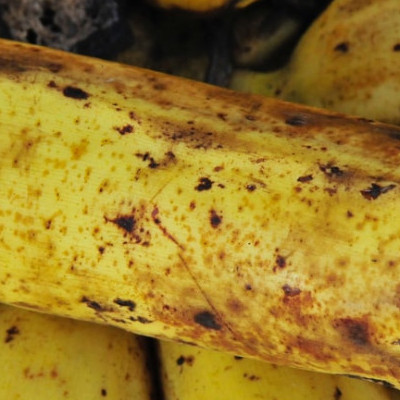 They also helped me to not worry about a trace of alcohol in foods like a banana.

So if you have concerns always please check. It is also highly unlikely that if you have an issue with refraining from alcoholic drink that it would trigger a reaction to go back to alcohol.

If fact many people don’t even know that there is some trace of alcohol in a banana for example.

You can check out my favorite alcohol free wine online here

The one area to flag if you are waiting for a liver transplant is they are very sensitive to alcohol and then best check.

It also said that an alcohol free drink could allow you to get back an addiction. If you are unsure, get advice and refrain.

Personally I am able to enjoy alcohol free drinks so 0.0% without this worry but everyone is unique.

The two areas I would flag though is some medicines have very high levels of alcohol and so do some dessert in restaurants.

My Mum and her sherry trifle for example is an issue but that is another matter.

In fact both of those areas are of more a concern to be than natural fermentation in a banana for example.

In terms of medicine always check with your pharmacist and that is what they are there to do without judging you. I have occasionally had that bad stare

I have straight away pulled them up on it in public If I need to.

Their job is to advise not to judge your reason for not engaging with alcohol. My personal GP is however very helpful and always has been.

Did you know about a banana and alcohol?

What other unexpected everyday foods and drinks have you come across that contain alcohol?

And would you be OK to have a non alcoholic beer with just a trace of alcohol or would it need to be totally alcohol free?.

What about natural food and fermentation, does it bother you even though the amount is minor in the big scheme of things?

I would love to hear your views on how much alcohol is in a banana ! Leave your comments below and I always get back to you.

6 thoughts on “How much alcohol in a banana?”