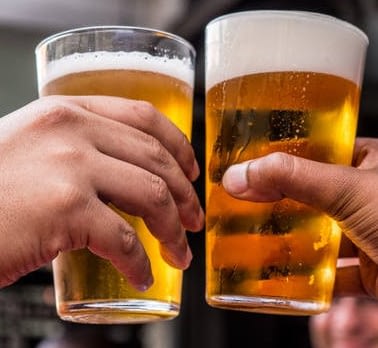 How many calories in a pint of beer? Beer belly anyone?

So many people come to this blog hoping that going alcohol free might help their weight loss and they are a bit uplifted by my answer and also slightly grumpy about it. The answer is yes and no it really depends. Firstly alcohol free beer does have calories in it.

After all, it’s not celery where you more consume calories than you use eating eat. I love that fact.

However, there are alcohol free choices that could make a difference to your waistline. Before we do that, let’s ask that really important question that many of you ask when considering going alcohol free. And that is :

How many calories in a pint of beer?

Now don’t be shocked at this as this may have been my downfall in that I changed from beer to wine as a general rule before my health scare and giving up alcohol all together. I never really thought about how many calories in a pint of beer?

Now before we even start, so what is in a beer? Beer is often championed as a healthy option nutrition wise as it contains natural ingredients, so malted cereals and mainly barley.

The famous hops are mixed with yeast and water. If you live near a brewery and I don’t live far away from one, the hops and fermentation is the smell you get wafting across in the breeze.

You can even read health magazines that say beers contain minerals, vitamins, fiber and polyphenols that everyone could benefit from in our diets and no mention of the effect of alcohol on our bodies or the weight gain that can occur.

So say you are an average social drinker if you are used to drinking around 5 pints of lager each week that’s 44,200kcal over a year, instead you could be eating a whopping 221 doughnuts. Imagine those on the table in front of you!

Even if you take a pint of 5% strength beer so a pretty average serving you are looking 239kcal which works out as 1 standard size Mars Bar.

A personal trainer I know used to have his clients imagine all the food a few pints were equivalent to in front of them and then go through the exercises you would need to go through to work it off. It certainly focused the mind! 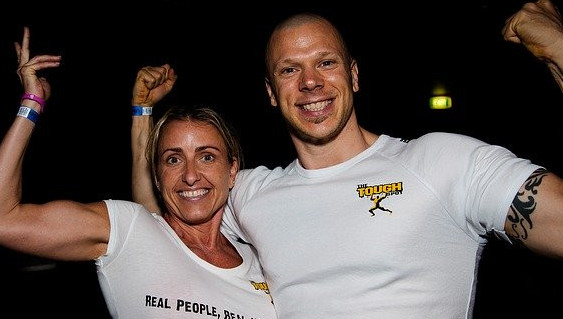 The personal trainer was a big hit at the local radio station I worked at the time with people calling in just to tell us their wins in terms of food equivalents across the week. It is the visual aspect that can really have an effect. You see it portrayed in a different light. So a so called wake up call.

Does beer make you fat?

Well look it’s pretty simple really calories in and calories out. Now the issue with beer of course is the body, it is not just metabolizing the alcohol but the sugar as well.

However, it is also the other things with beers like kebabs, salts, crisps and other snacks. Plus we of course have the morning after feeling where we shove even more calories down our throat to help balance our sugar levels. Ever drank a pint of orange juice to stop that hangover?

The issue is more carb based so that is a key point but it’s empty calories so by the time we have balanced it out there is not much difference really. So it’s the beer but it’s everything else around it as well.

What is more fattening beer or wine? 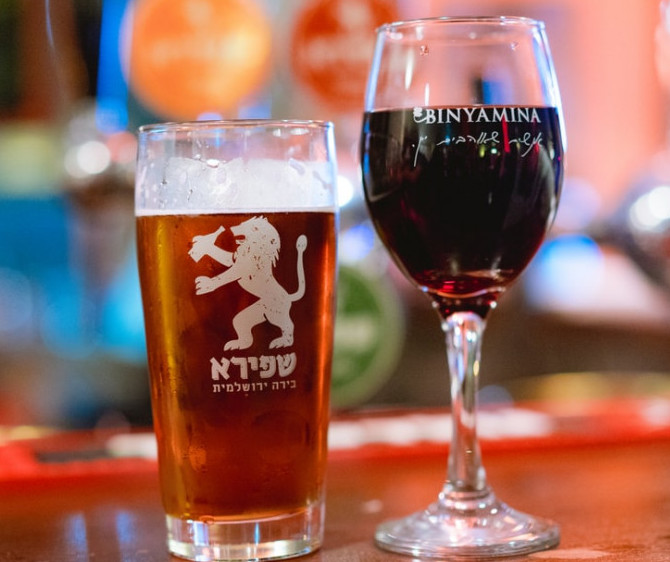 Now should you switch to wine like I did, yes maybe but just be aware the alcohol content is even higher in some wine and if you are going low carb like I did you are pounding your organs without the so called “substance food”.

It one of the things that made me very ill.

Wine as a rule has a higher alcohol count than beer but when I really looked into it you get a very different picture. Wine tends to be consistently around 133 calories per standard serving and that is still 3 of my favorite jaffa cakes. When did they get demonized ? I love jaffa cakes! Its just oranges anyway! 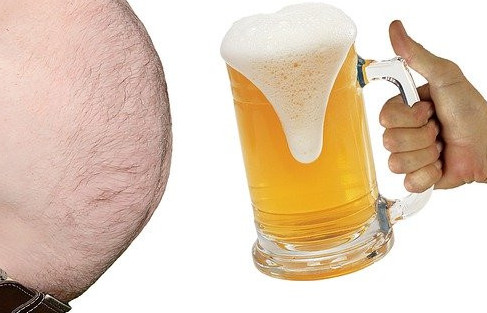 So in comparison beers can be around 55 calories if you have it in a bottle to well over 300 in some cases with craft beers.

It’s true however that very often, and this is where the confusion kicks in which is called low carb. You can read about my thoughts of low carb and alcohol here, not based on any science but my own experience. It was not good as you will discover.

So in reality it is really back to calories in calories out, it’s a classic but true!

What alcohol is the most fattening? 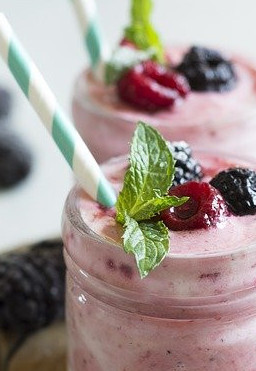 So can you get a beer belly from beer? Probably just like over eating food however you can get variation in terms of alcohol drinks with beers being at the top end wine is in the middle to spirits at the lower end in their pure form of weight gain and volume.

However, there is one category that always gets missed out which diary added cocktails and drinks.

If you think about a coffee with milk so a latte that has about 190 calories, yes really so add that to a full on alcoholic based drink say an Irish cream which is around 130 calories for a small measure.

Chuck that into the mix with an alcohol cocktail with sugar etc and you could be talking over 300 calories per drink.

Even with ordinary cocktails you are talking about a big mix of fruit juice and alcohol so the calories can pile on especially if made with non diet drinks.

But even then at 140 calories in an average basic cocktail it makes beer seem even worse in terms of its calories count.

What is the answer if you don’t like the question. How many calories in a pint of beer?

There is now a whole choice out there in the drink world that can mean fewer calories. Now firstly I am not suggesting that non-alcoholic beverages are calorie free except for water and some diet options as they generally have calories.

Many however have twigged at the no sugar market and are adding that in. Fancy an alcohol free beer or gin maybe? How about going 0.0 abv ?

Two options which I have reviewed are Bud Zero which have really dropped the calories in its beer option. So if you are a fan of Budweiser this could be an excellent option, You can read my review here.

The other option that I was thrilled to find is the seedlip gin range which is remarkable; it is the taste if not the price. I cover my review of that here.

Have you cut back on beer worried about your beer belly or the number of calories in your drink?

Do you wonder how many calories in a pint of beer when you are drinking it? I would love to hear about your strategies and if you used other drink options or if you kept the gym option going.

Please leave your comments below and I will respond as soon as I can. It’s great to build a community of comments.

2 thoughts on “How many calories in a pint of beer ?”