Whatever your reasons for giving up alcohol people often ask me what health benefits exist. Now there are plenty of websites documenting this so I thought I would write from a personal perspective. Some people give up after Christmas, to lose weight or because it was taking over their life. I am not sure where I fit in because I probably drank on the same level as friends, mainly wine, occasionally beer and very rarely spirits.

I was hardly ever drunk or tipsy over my two glasses of wine while people around me could match that and more. So when I started to turn yellow and my stomach expanded I was at a loss as to the cause. However, I had a very bad illness and was dying and did not realize. From the time of my visit to the doctors I was in a hospital bed within two hours and a chance I only had 48 hours to live. Crikey I thought! What a drama! 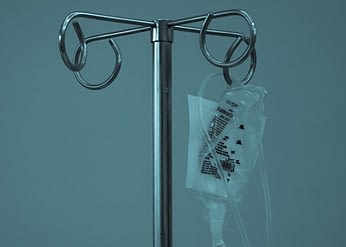 Being blunt it is actually a poison

Once in hospital I was told my liver was failing and my stomach was greatly inflamed and whatever the reasons I had to give up alcohol. Now the bizarre thing was I had not had a drink for the last few days and when I say a drink I mean a glass of wine with dinner. My blood was clear and the doctor confused in fact they kept testing me.

However, it was explained that even one glass of wine in my situation could kill me so that was it I became a non alcohol consumer. A 0.0% abv champion. No detox or program I just did it. I was an average drinker quitting there and then. Ironically though I needed no come down because I liked a drink but was an “average Joe drinker” as one doctor put it but whose whole body system was shutting down. It is a toxic substance and although fine in very small limits an article in the BBC summed it up for me in 2011:

“Long term, it increases the risk of developing a long list of health conditions including breast cancer, oral cancers, heart disease, strokes and cirrhosis of the liver. Research shows that a high alcohol intake can also damage our mental health, impair memory skills and reduce fertility.” Now here is the key what is fine for some is not fine for others, each of our bodies deals with alcohol differently as that could be genes, or the food we eat. At the time of my illness my food intake was low. So what did I notice after giving up?

My illness aside you do notice lots of benefits certainly after stopping consuming alcohol. So personally speaking what are the health benefits of no alcohol. For one thing my skin cleared up and I look visibly younger. Alcohol is a dehydrater so your body is constantly trying to adjust to its natural make-up. One of the facts I have also found interesting is that we are mostly made up of water yet the majority of us forget to drink h20 on regular basis. My food intake improved, I was classed as suffering malnutrition so I began to really look forward to the taste of food. So by giving up alcohol your organs are not trying to re-balance the natural order within you.

We have all woken up with that hangover and that is the body trying to sort itself out. In terms of the colour of my skin as my liver started to begin working again even though it was badly damaged I stopped looking jaundice.A key aspect of liver disease so it is amazing how your body attempts to write a new chapter and heal. 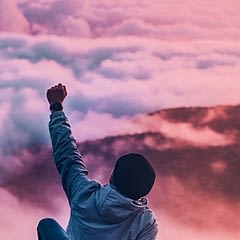 The other often overlooked health benefits of no alcohol is your mental health. Yet as my hospital consultant went on to tell me people in high stress jobs who like a few drinks after work are actually harming their mental health. It does the opposite of relaxing us. When I finally got out of hospital and cried a few tears I began to notice things that I had seemed to be blocked off from before.

One was nature which sounds a bit new age but its true. I live opposite a small park and every morning when I had gone back home and was being treated as an out patient I would look at the park liked I had done hundreds of times. Yet now I noticed the morning fog, the foxes running around his city dwelling, the squirrels, the leaves of the trees and the early sunlight reflecting on nature. I know this sounds weird but my brain was seeing things that had been there but which I was ignoring. So the bottom line is you become more grateful and your brain more aware. It is worth any amount of wine, beer or spirit I can tell you. If anything I would consider this one of the key health benefits of no alcohol

People often ignore this part as it is used mostly with smokers but you do save money. In the UK a glass of wine after work could cost about £6.70, so say I would have two last glasses then a glass of wine with dinner that would equate to £20.10 per night. Now these are rough figures and exclude friends get togethers and big lunches out but if you multiply that by 365 days in a year that is an extra £7336 in your back pocket.

Here I have not even accounted for nights out, holidays etc in order to keep it real but you can see where I’m going. Now of course the big cost is your health but give yourself a treat with the money ( even if you quit for a month ) you save and it can be a big motivating factor. The other bit of saving is of course is splitting the lunch bills with friends who have ordered bottles of the most expensive wine. That’s a moral dilemma and I’ll leave that one with you!

Now I am of course not that evil one turned preacher here. I appreciate people like a drink and I am all for it. It’s not for me to judge as I did like a drink with the best! All I am doing is sharing my experience of how life nearly ended for me just an average drinker whose friends probably drunk more than me on more than one occasion.

The one thing I can’t deny of course is the health benefits and more money in the back pocket and why I’m a champion of making it more easy for people who want to live a 0.0% alcohol free lifestyle, evening, lunch or whatever they choose. After all life is about choosing sometimes as much as it is about anything else and there is money in it for those business owners who realize there are lots of us out there!

6 thoughts on “Health Benefits of no alcohol”