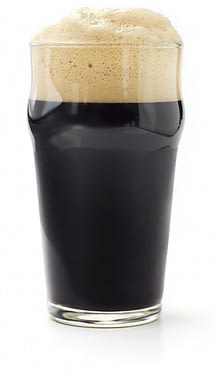 It’s no secret but I hate Guinness despite its very impressive history, it’s loved in Ireland and even more so in the UK. In fact one of my close friends reckons she can go anywhere in the world and find an Irish bar with it sitting there pride of place.

However, even if you hate the taste, Guinness Beer History is fascinating. 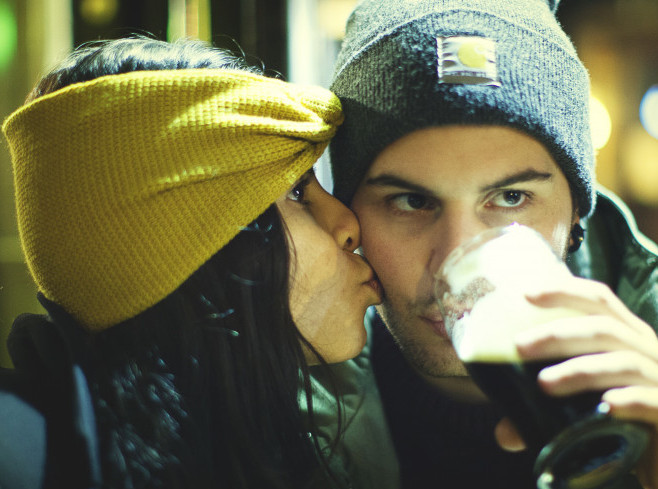 Now my friend travels the world from Thailand to Spain, she likes great company as a solo traveler so the first thing she does is dive into an Irish Bar and orders a pint of Guinness.

So it’s up there with the popular drinks in the world and let’s be honest it’s iconic with that Harp of theirs which has its own bit of controversial history as we will find out later. 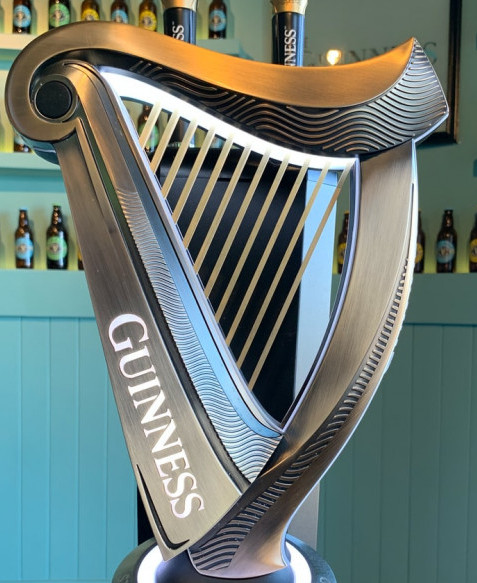 So their history came to pivot in October 2020 with Guinness 0.0. It’s quite a moment so what is the drink and what are the top 5 Guinness facts about its history!

It’s quite a remarkable story.

I still don’t like it though but I might taste it just to support the industry and this if you live an alcohol world is big news! The main alcohol free drinks 0.0 style are around the lager type beer so to progress a 0.0 stout type beer is a big deal

Well it’s the same taste but it’s a newly launched alcohol-free version of this iconic Irish stout and brand. So if you have felt a bit left out after the alcohol free revolution this is a good moment for you. To be fair there has been no rush as its been 4 years in development.

They do reckon patience is key!

So the brewing process is the same as normal, the same ingredients you would expect so Guinness are still shouting about the natural ingredients;

To make Guinness for an alcohol free lifestyle its brewed as normal before gently removing the alcohol through a cold filtration method. So to make it 0.0 it is using a process like many other brewers, alcohol is filtered out protecting the thermal stress to the beer.

Clearly it’s important to keep the taste as that is where so many alcohol free brands in the past have fallen down.

Now to those who say it won’t taste the same they used a so called “independent panel” to evaluate it.

Now I am always a bit of skeptic when it comes to independent panels that are paid for by the people they are trying to be independent of, but I will give them the benefit of the doubt. 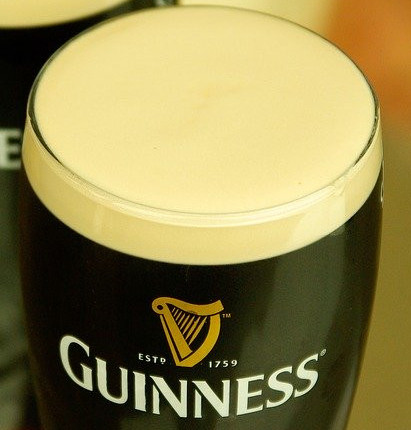 This found it “exceeded expectations” so I will still give them the benefit of the doubt!

However, to be honest the public will be the judge as they have been with the many wines that have promoted themselves as alcohol free! Wine manufacturers have had to change and adapt and I am sure that they will be called out on it and so they should. However, so far so good!

Shall I put a Guinness official quote in? OK here goes and to be fair it’s a big moment in Guinness Beer History!

“This is an exceptional day for Guinness, as we finally reveal Guinness 0.0. The launch of Guinness 0.0 highlights our long-held commitment to innovation, experimentation, and bravery in brewing, harnessing the power of our brewers and our ingredients, to create an alcohol-free beer that is 100% Guinness but 0% alcohol”

“We know people want to be able to enjoy a Guinness when they choose not to drink alcohol without compromising on taste, and with Guinness 0.0 we believe they will be able to do exactly that.”

Is it calorie FREE? What’s on the Label?

Now I get lots on queries on the blog about alcohol free drinks and calories. Some people think alcohol free means calorie free. Nope you will be disappointed!

However, they do seem to have clocked the calories issue as the drink per can only contains 16 calories per 100ml. 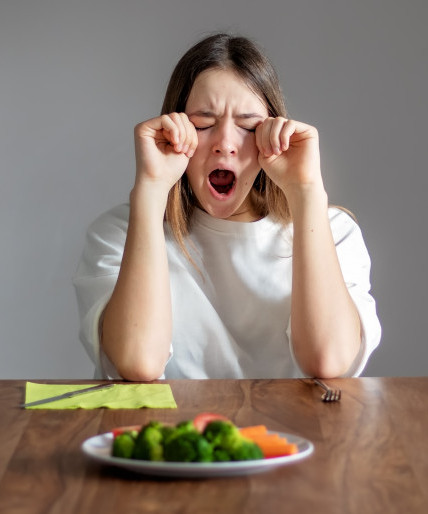 So let’s be clear diet it’s not but an ordinary alcohol-free Guinness 0.0 would have just 70 calories in one of their cans. I personally would not describe it as low cal but it’s certainly less and a normal can of Guinness which would have 177 calories so I think they have a point to be fair!

So the roll out will happen gradually they say and for my alcohol free Guinness friends this will be an extra option in the mix. It is great that the industry is coming up with another alcohol free brand. 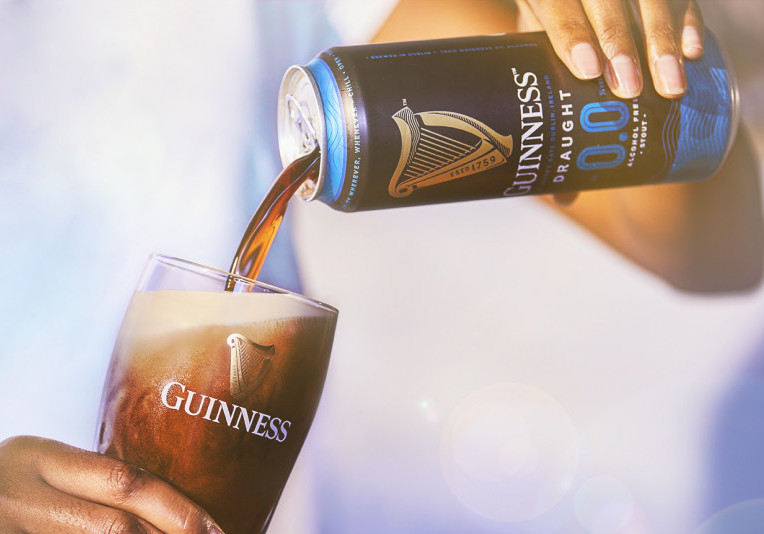 Picture above courtesy of Diageo UK 2020 ( and they are the rights holder, used here for review purposes only under the fair use act)

Now I am not sure what it is with the blue on these labels but that is what they have gone for with Guinness 0.0. I actually find this labeling to be really consistent for the alcohol free drinker which can only be a good thing.

It also helps people serving you give you the right product as only recently I got handed a full on alcohol loaded Stella in instead of the Stella Artois 0.0 so it was easily done and that was with clear branding !

For my favorite alcohol free wine beers from my affiliate partner please click the picture below. I receive a small fee to support the blog however you pay the same. 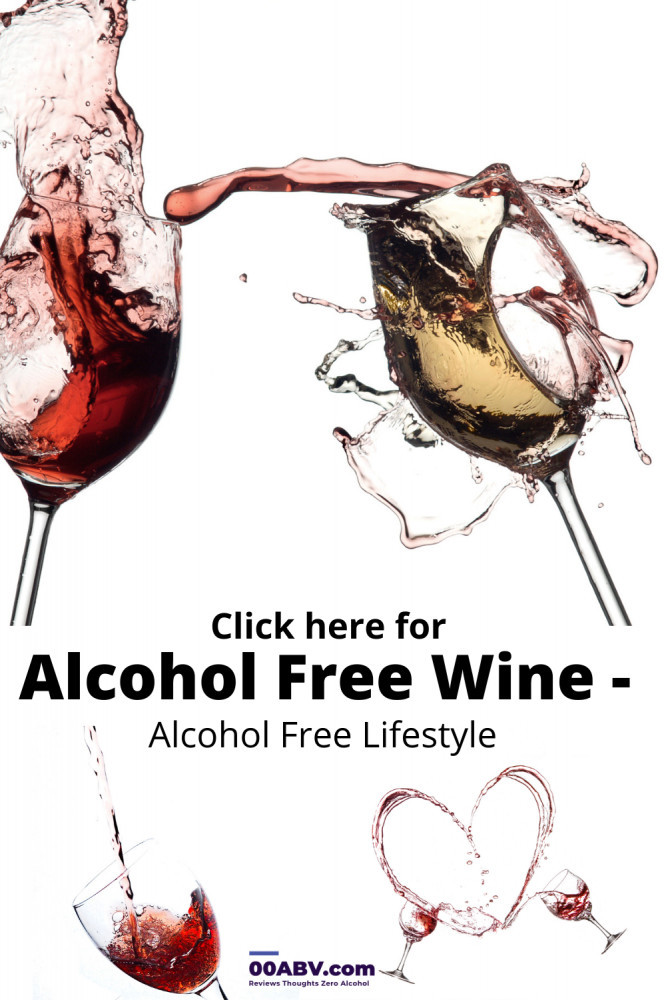 let’s celebrate with some weird and wonderful Guinness beer history

5 -During World Two they offered every solider a free pint of Guinness on Christmas day!

Nice bit of marketing and something you would never get today however Guinness worried they would not be able to fulfill the promise as so many of their workers had to go to fight.

Not to be put off the public rallied around and lots of retired workers to pull up the slack in the business and guess what, yep they delivered on their promise!

4- The Guinness book of records was created in a pub after one of the quizzes that got heated!

When I was growing up it was a massive brand and maybe not so much now. It even had a TV programme in the UK fronted by a then famous actor called Roy Castle and a man from the Guinness Book of Record called Norris who always looked a bit sad but you would trust him with your life when it came to facts!

It was a far cry from when a guy called Hugh Beaver, the then boss of Guinness had been on a gaming expedition and when they returned to the pub they could not agree on what he claimed to be the fastest bird.

We have all been there in pub quizzes where someone storms out. Even an internet search under the table cannot be guaranteed to get your the winning answer!

However, after an argument he decided enough was enough and created a book with lots of facts in it to stop the argument once and for all and clearly being a good marketer he slapped the Guinness logo on the front. Job done!

And that is a potted history of the Guinness book of records. The TV programme in the UK has long gone as far as I am aware! 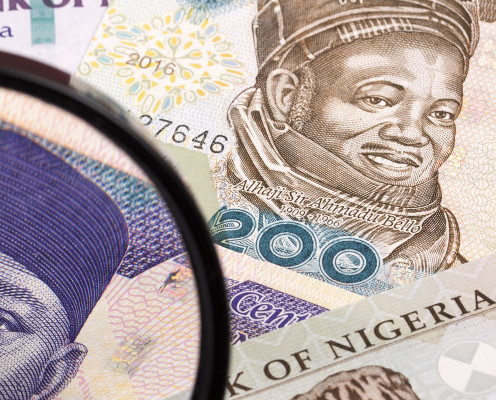 3 – What is the biggest market for Guinness?

You would think Ireland but no its the UK. It must be all those Irish Bars. Then comes Nigeria and after that it’s Ireland!

Cameroon is also not far off with it being popular in many African nations. Having spent St Patrick Day in New York once I must admit it was not as visible as you would first think!

2 – Row of the Harp Trademarks

I actually didn’t know you could trademark a Harp. I should have done it with my recorder at school. The Guinness Harp and the official use of the Harp in Ireland at one time came into conflict. So they reached a decision.

In the drink marketing the Harp would always face right. There you go problem sorted. What if every trademark row could be sorted that way over an alcohol free beverage. 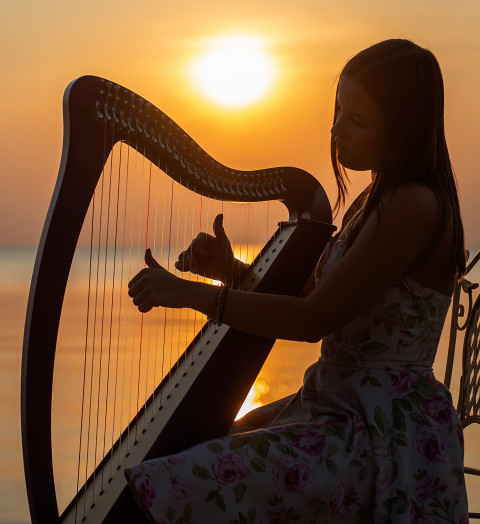 1 – There are rules on pouring the perfect Guinness, I just wonder if the alcohol free version will be just slapped on the bar!

You have to let it settle for around 119.5 secs although I have never ever seen someone serving use a stopwatch, maybe they just know! Clever eh?

You must also never spill it, as it is not a good look.

So here is hoping the alcohol free version is treated with the same love!

So a bit of Guinness Beer history in the making, a 0.0 alcohol free version, who have thought of it. I will be interested to see a rolling out. Let’s be clear anything that supports choice for the alcohol free individual for whatever reason including health is a good thing and I applaud it!

I would love to know what you think of alcohol free Guinness and even Guinness beer history? Leave your comment below and I always respond!

It helps add to the debate.