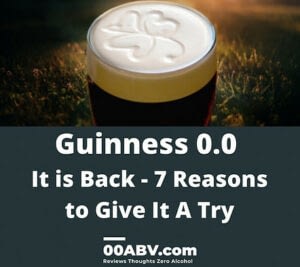 Yes, it is back after being withdrawn. Guinness 0.0 is an alcohol-free choice for an essential brand that could change the landscape.

But will it stay? Hopefully, alcohol-free alternatives need big brands to support this lifestyle as it gets a hard time.

But will it last, and what could be 7 reasons we should support it?

That has to be good news, right? I mean, we need more alcohol choices, and for some people, Guinness gives alcohol-free credibility.

I mean, forget the wine, the gin and crappy alcohol-free beer.

This is Irish Stout through and through.

Drinks in Ireland taste different anyway, and I think that has to be the water.

And Guinness 0.0 is going to be stocked in so-called average shops, not like speciality stores. After all, people who don’t drink alcohol are a bit weird, right?

Now you might say you have one Guinness, then leave it at that. But I know you.

I have seen you in that Irish Bar.

One Guinness is never enough.

Well, according to the makers at St James’s Galway, this will be the same drink in nearly all aspects.

Ok, then we will take your word for it, but it won’t have alcohol in reality, so it’s not the same.

However, my Guinness-loving friends’ early taste test (and most drink alcohol) say it has many of the same credentials, which is excellent news. 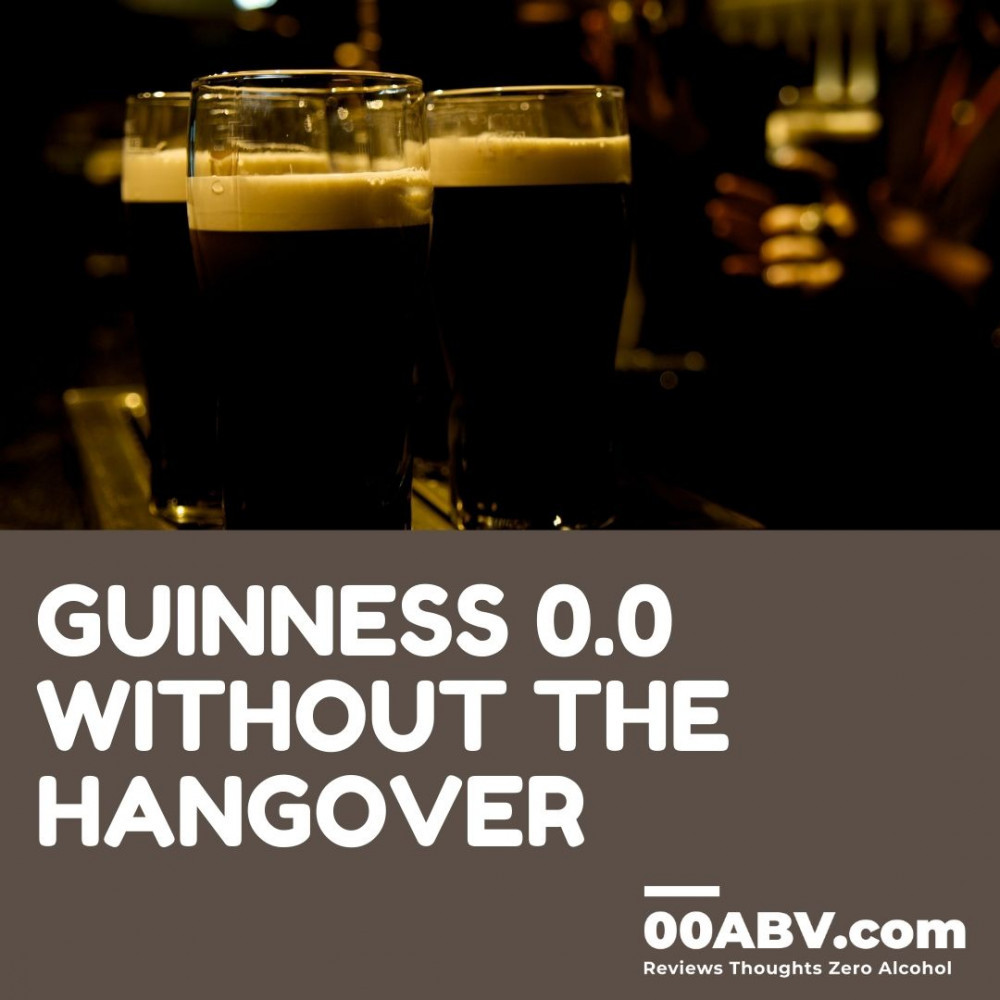 They were rather glowing about it.

Smooth and dark, or maybe they can’t bring themselves to hate Guinness Alcohol-Free or otherwise.

But it does seem that Guinness 0.0 is brewed in the same way, just like they did when the dinosaurs were around.

OK, maybe not, but it does seem like this killer brand has been around forever.

5- Guinness 0.0 is made as usual, and then they take out the alcohol.

Now, if you needed a guarantee that this Guinness Alcohol-Free version is made the same way, the evidence is out and clear.

The dark stout is kept the same, but they then use advanced methods adopted by many alcohol-free beer makers to take out the alcohol.

This leaves the flavours intact, not to mention the aromas.

This, of course, stops the issue that early alcohol-free wine had of just being fizzy grape juice.

I mean, people hated that, right?

So if you ignore the fact it has no alcohol, you have the white head, dark liquid, and some might say the essence of chocolate left all alone without any of the stuff that will give you a hangover.

So that’s that has to be good news, right?

I mean, please, Guinness is never going to be a diet drink, is it?

Except for something like so-called alcohol-free gin with low-calorie tonic water, you would be hard pushed to find an alcohol-free drink that is indeed zero calories.

And I am not talking diet fizzy drink here either.

You can read my review of Seedlip Gin here.

But why do you want to pile on the weight if you are going alcohol-free? I mean, for you, that might be one pain too many.

It is fair to say that Guinness 0.0 is a low-calorie alternative with just 17 calories per 100ml. 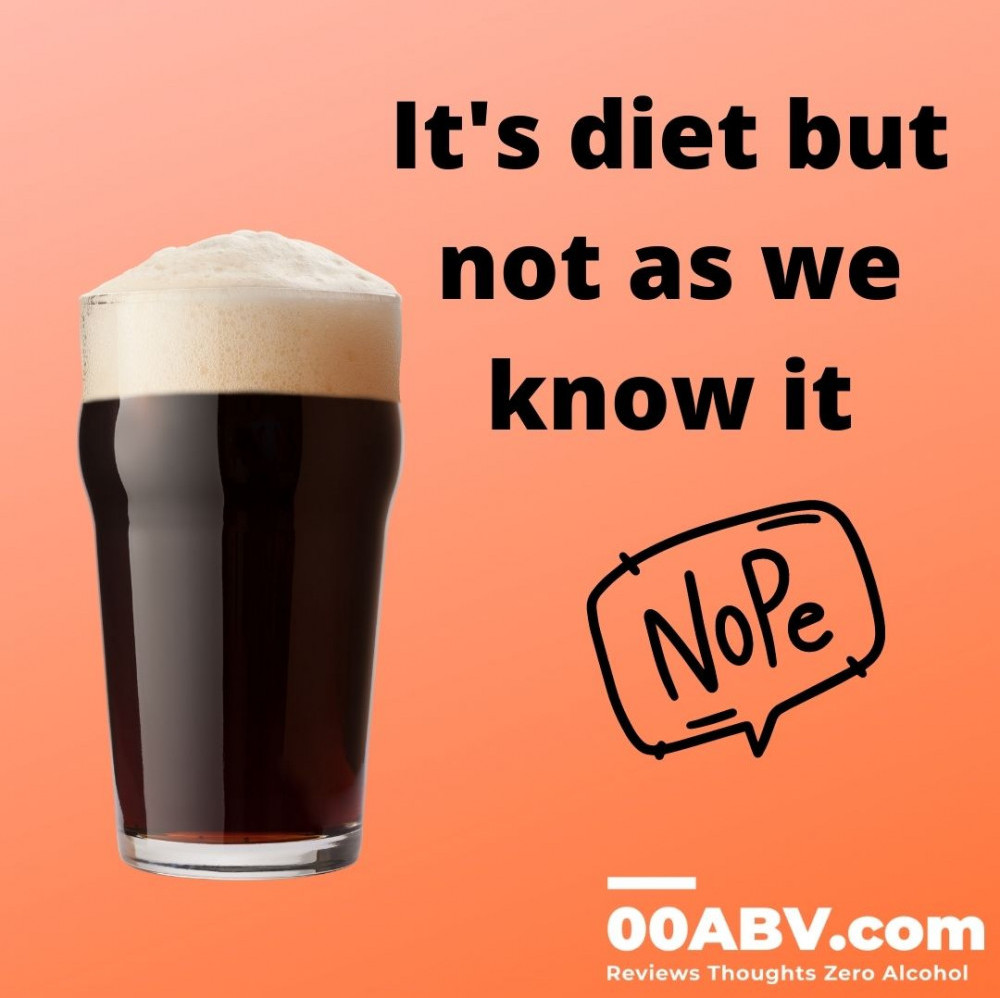 So transfer that to a can of alcohol-free Guinness 0.0, and you are talking less than 75 calories.

And all the feedback says it tastes good, so that has to be a win/win, right?

3- Guinness 0.0 has been on and off like a hamster on heat

Yes, it was here, then it was not

At least they were honest, although how a big brewery got it so wrong escapes me personally.

But I know what you are thinking

At least they were upfront.

I agree, and they followed all the best public relations practices you could hope for.

I mean, you did not hate them for it; you just thought it was frustrating

Unless, of course, it was the most extensive teaser campaign in history.

Now there is a thought!

Guinness 0.0 was initially introduced in 2015 but recalled after production tests determined the possible contamination of some batches.

But they did everything to make us want them to win and get this alcohol-free alternative out there!

Neil Shah, Head of Guinness GB, stated: “We are incredibly pleased to have Guinness 0.0 back on racks and also in pubs and also have established additional quality control measures to see to it this truly is the very best alcohol-free Guinness possible.

“So, even if you choose not to drink an alcoholic drink, you can still enjoy a renowned pint of Guinness without the alcohol. We strongly believe we have produced a taste experience genuinely unrivalled in the world of alcohol-free beer and also can not wait on people to try it.”

I mean, isn’t that the dream for you as an alcohol-free drinker not to have to point to those alcohol-free beer bottles hidden at the back of the cabinet.

The bar staff that give you that weird alcohol-free look will not just have to provide you with a can or bottle.

They will have to pour it like a pint. 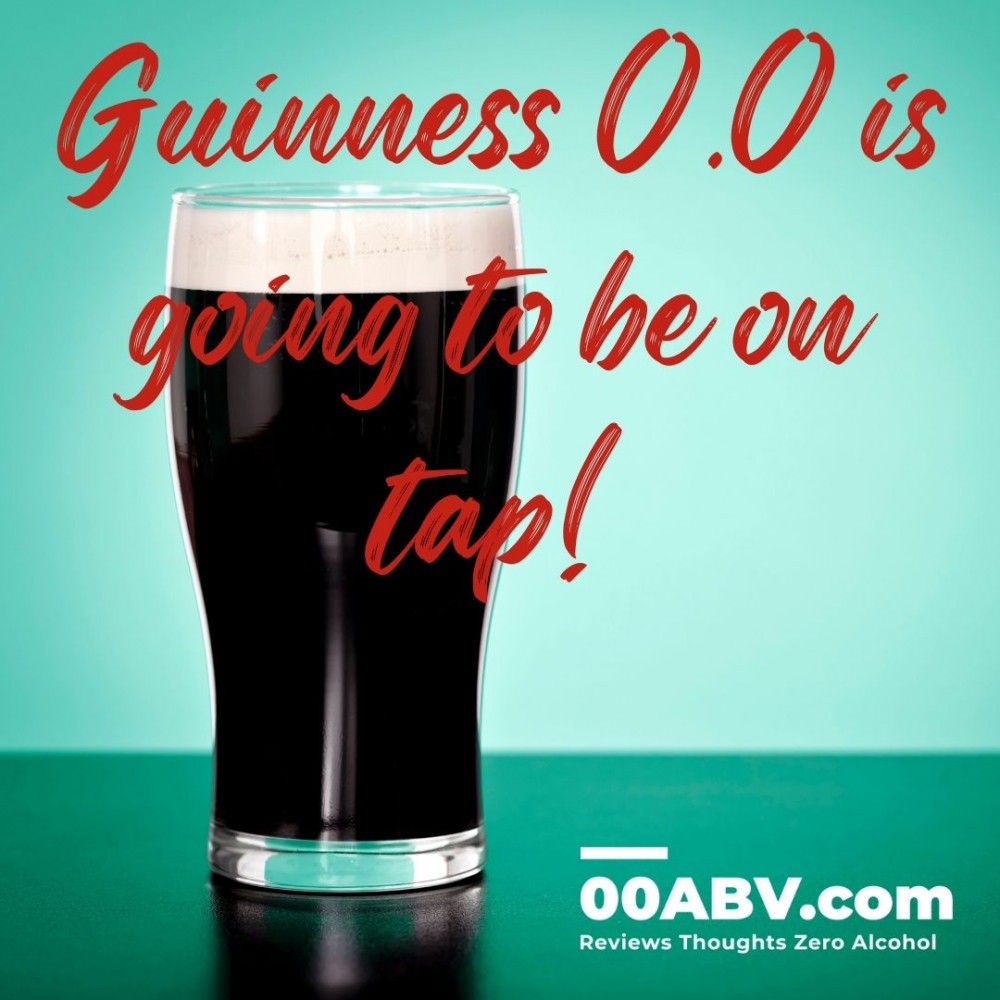 I wonder if this is where it could all go wrong, though.

MicroDraught on-tap modern technology is great on paper, but we shall have to wait and see.

1- Regardless of the Guinness 0.0 and its taste, we need it

Guinness is an excellent opportunity for breaking new ground for alcohol-free.

It still has a lot of prejudice.

Since I have given up drinking, I get more criticism than when I drank.

Back to the taste!

And all the feedback from my good cynical alcohol-free friends regarding Guinness 0.0 say that you would find it hard to tell the difference taste-wise.

As one of my Guinness loving friends said, “this could be a game-changer in every bar in the world”.

They have kept the taste, and that is something to be celebrated.

Some Questions about Guinness generally.

Now even though you may love Guinness, it is often misunderstood, so here are a few quick facts about the dark stout for those interested.

How is Guinness different from beer?

If they say so!

Is Guinness a lager or ale?

Is there alcohol in Guinness?

Why do people say Guinness is healthy?

The Alcohol-Free hate brigade is everywhere.

So I hope you give Guinness Alcohol-Free a chance.

After all, Guinness 0.0 is a crucial brand worth support. But I accept you might wonder if it will disappear again.

But if we don’t try it, it most certainly will!

I would love to know what you think. Does Guinness 0.0 taste the same or not?

And yes, I know it’s alcohol-free!