The thing about funny sayings about alcohol is that we laugh out loud about them.

Is that is a good thing or not?

I actually think it can be as at the end of the day humor is a powerful therapy especially if we feel we can make a joke about alcohol and its effect good and bad. Its gets it out that.

So this is not a long list of quotes but some reflections as well. After all that what this blog is about.

However, there is always a fine line between humor and actually reinforcing the harm actually does.

For example having a hair of the dog can be quite funny but then it becomes a habit and before you realize it has become the default position.

That is how habits get started.

However, as someone who is living liver disease and was just a social wine drinker, I do think funny quotes about alcohol can be useful in terms of not taking the issue too seriously and challenging the labels people give others who drink.

After all, the people who very often point the finger drink just as much if not more. 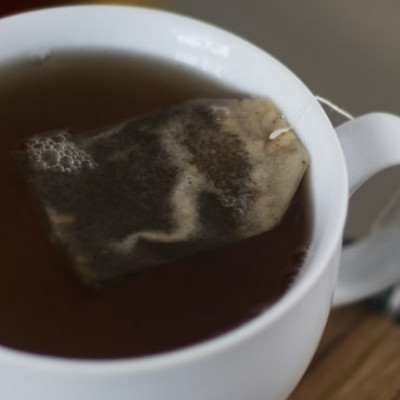 Saying things such as tea total and one for the road may be funny but they also have a dark side too.

So what are the top ten funny sayings about alcohol?

But which really have a deeper meaning if we look for it.

These made me laugh because they paint a picture of circumstance and sometimes it’s like holding a mirror up to ourselves even on an average night of drinking.

“I used to jog but the ice cubes kept falling out of my glass.” – David Lee Roth

David was of course the lead singer and guitarist with the rock bank Van Halen. And we all know bands in pop and rock like their alcohol and other things as well but let’s not go there.

Again it works because there is a visual element to both the alcohol and the ice while jogging. Its show the silly things we do when we have had a drink!

Just walk the talk when you have not had a drink, easier said than done!

“Always do sober what you said you’d do drunk. That will teach you to keep your mouth shut.” ― Ernest Hemingway 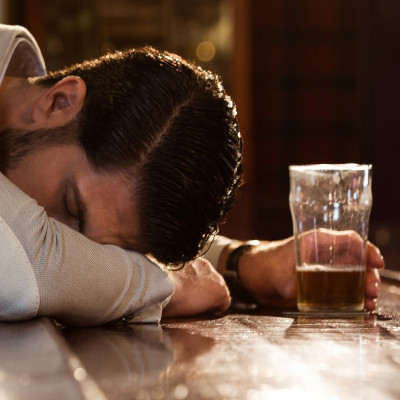 Of course their quote is funny because when we are drunk we end up having too much so-called “dutch courage” and do things we would never do when we are sober!

Ernest Miller Hemingway was a book writer who is probably more famous now than in his day. He had the knack of making us think hard about our actions.

He had what many people call an adventurous lifestyle !

He was actually a reporter and used “experience” to be very frank in his writings. I think we can actually learn a lot about alcohol from his writing.

I love the way alcohol can often give an excuse not to do the thing we really should do. This can be unruly behavior, issues like spending too much or having unwanted sex.

It’s also true of us putting off thinking we should do a task. So instead we could just have a glass of wine.

The quote comes from comedy actor Steve Martin who says:

“Writer’s block is a fancy term made up by whiners so they can have an excuse to drink alcohol.” ― Steve Martin

The saying is about when we have a drink our inhibitions go which is why we drink more and more and can’t remember how many we have had.

There is actually the reason for it. It’s called brain fog and it’s been proven that alcohol disrupts the neurons so the connections in our brain.

Short term hopefully they can come back to us. 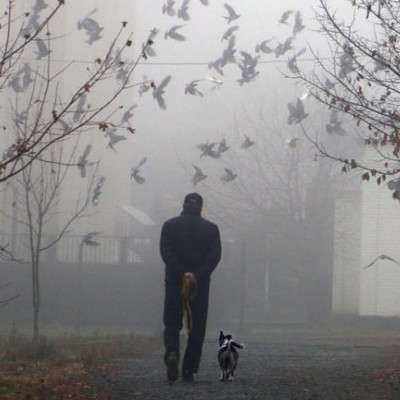 However, long term this can cause permanent damage and one of the reasons we can have blackouts and forget the night before.

It summed up by this comedian called George Burns

“It takes only one drink to get me drunk. The trouble is, I can’t remember if it’s the thirteenth or the fourteenth.” – George Burns

One of my favorite comedy writers is Victoria Wood and while she may not often quote much about alcohol when she does it is often about inequality.

She explored this topic a lot. 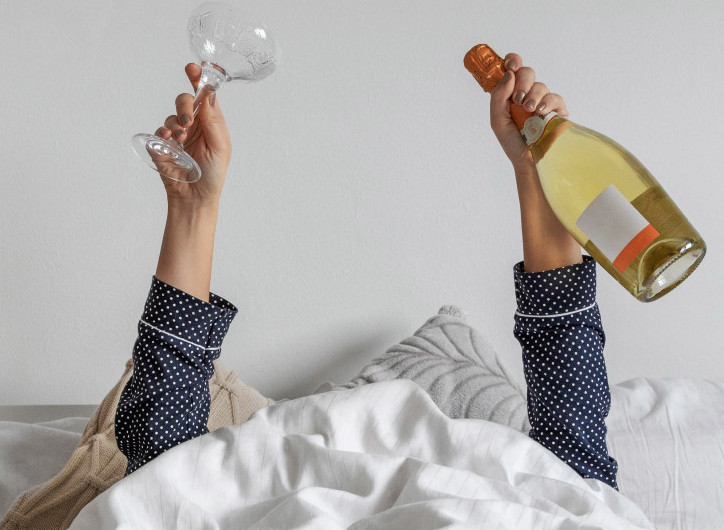 She loved to talk about how some people judge others.

So if you are rich you drink a lot and if you are poor you are an alcoholic. Since getting liver disease people just presume I was an alcoholic without even asking the reasons why I was unwell.

We do tend to judge people who drink alcohol even when we drink ourselves.

“Life’s not fair, is it? Some of us drink champagne in the fast lane, and some of us eat our sandwiches by the loose chippings on the A597” – Victoria Wood

“Daddy and I have never been into drugs although we were the first people on our crescent to use Hermesetas”. Victoria Wood

Number Five in the funny sayings about alcohol

The thing is about life we very often treat the symptom rather than the cause.

It’s like stress. We try to mask it with that extra glass of wine but unless we deal with the cause it becomes a vicious circle.

As coach, I see it all the time and I am sure I have been guilty of it in the past!

This quote sums it up perfectly for me :

“Alcohol is the anesthesia by which we endure the operation of life.” – George Bernard Shaw

And of course it does not have to be the way.

In fact one of the biggest reasons people drink is about social anxiety. So we drink in order to get through the experience mixing with others.

The best online 10 step course to help with social anxiety is by one of the UK’s top coaches and therapists Mark from Hypnosis Downloads.

I have worked with Mark previously and rate his course 10/10 here at the blog. Click the affiliate link below for more information and if you choose to purchase you pay the same.

I would love to know what you think if you try it out ? Leave a comment in the section below and I always respond.

There are plenty of therapies out there that I agree with some and think some are just awful.

The one thing that does really matter in any alcohol programme of any kind is knowing where you are before you decide when you want to go.

Awareness is key no matter how much you want to cut down your drinking or give up in choosing a non alcoholic approach.

“I don’t have a drinking problem, ‘cept when I can’t get a drink.” —Tom Waits

Tom’s quote is a good one as he is basically saying that the issue is he wants a drink when he can’t get one. Awareness is key.

You can read my review of alcohol free wine here. It’s a great starting point.

Of course great quotes about alcohol goes really back in time. The original performances of William Shakespeare for example was not a posh and well-to-do affair as they are now certainly in the UK

They were full of bawdy, alcohol and bad behaviour. 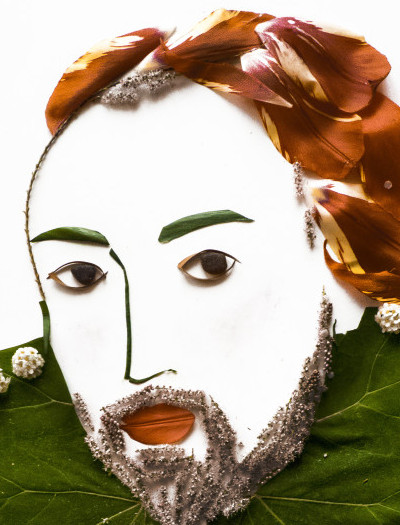 It is known the audience will say all sorts of outrageous things to actors under the influence of alcohol.

He also knew and built it into his many plays that people said things under the influence of alcohol that they did not mean.

It’s a bit like a drunken night out where you worry the next day about what you said to others and of course we can’t remember what we said.

“I pray you, do not fall in love with me, for I am falser than vows made in wine.”—William Shakespeare

Of course social drinking is part of the mix and one of the things we can fall into. In fact most of my wine drinking before I gave it up because of liver disease was social.

It kind of crept up on me even those others around me were drinking probably more than me in many circumstances.

In fact drinking can become part of social pressure and also it becomes part of our leisure activity.

In fact when cutting back on alcohol or giving up completely one of the key things it to think about.

It might be your social circle but you could also develop other leisure activities that does not involve drinking. 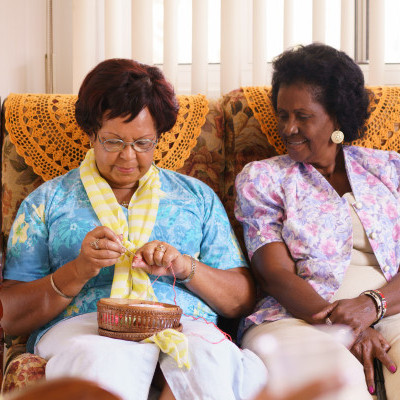 We all know that people that consider going to pubs is their main hobby.

And I totally get it.

Before we know it our life surrounds alcohol and becomes part of our everyday life.

“Vodka is kind of a hobby.” —Betty White

Good on Betty, I could not have summed it up better myself.

And at number one I would probably say the sad but the funniest of them all and it comes from the singer Amy Winehouse.

Sometimes we can get so lost in drinking that we lose sight of the fact that we can make or do anything with ourselves.

As sad as it is it’s probably very often said numerous times in one in the many bars around the world.

“My justification is that most people my age spend a lot of time thinking about what they’re going to do for the next five or 10 years. The time they spend thinking about their life, I just spend drinking.” —Amy Winehouse

So is a quote about alcohol helpful ? I think so!

As you can tell I love funny sayings about alcohol even though for health reasons I can’t drink. They provide inspiration and humor.

It’s like a comedian and comedy world over. They have a different way of saying and seeing things and therefore provide real insight.

I would love to know what your favorite funny sayings about alcohol is ? Leave a comment below and then we can share. Of course, they may be personal to you!

4 thoughts on “Funny Sayings About Alcohol”