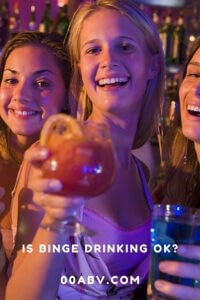 Since becoming tea total because of my health, I am always told facts about drinking alcohol.

Most of which, like any fact, are made up on the spot.

It’s like lies. They often go around faster than truth.

As a human, we can be very dramatic at times.

But I think the main reason is that we live in such an alcoholic world, so we like to justify a few untruths.

Here are some top-line facts and myths I use when people ask me why I am so passionate about alcohol-free drinks and why people make up many stories about alcohol.

Not all Alcohol is Equal

Did you know that our body could not drink just any old alcohol?

As it is currently, the alcohol in the drink could still kill us but not as fast as some.

It’s not a good idea!

It’s also the reason why I am fussy about my mouthwash.

The kind of alcohol we drink in our wine, beer, and even whiskey is called “alcohol”, ethanol, or ethyl alcohol.

If you drank any other, you would do severe damage to your internal organs.

Alcohol Cheers Me Up

Alcohol can depress you.

But start drinking too much, and it can quickly go from a slight upper to a downer.

And it’s not just me.

The NHS in the UK lists it as a possible side effect, and alcohol change in the UK say if you suffer from anxiety or depression, the best advice is to keep below the recommended amount in the UK, which is 14 units.

By the way, 1 unit is a standard drink, not a large one.

What is one unit of alcohol?

I got so many questions on the blog I wrote about it. It happens a lot with wine.

People have a bottle that is easy to do and still think it’s two standard units because the glass is so big.

I was hoping you could read my review of alcohol-free wines here.

Alcohol is a new thing.

As a kid growing up in North Wales over the border from a Roman settlement called Chester in the UK, we used to find old drinking containers very often in the garden.

My Dad was a more extensive gardener and always digging stuff up.

I even bought a metal detector as a kid, which of course, was useless as we were looking for pots.

The local historian at the time did a presentation which I managed to sit all the way through. 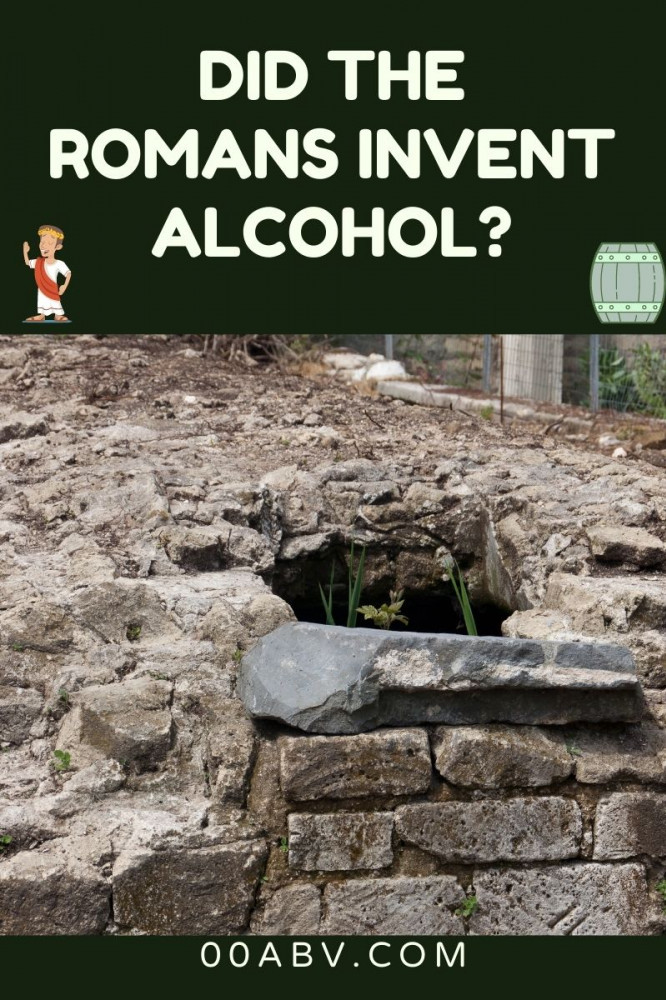 He was very good at his history and said that alcohol was as old as human life itself.

Now that may be a bit of an exaggeration, but he has a point.

The historian went on to say that alcohol residue from beverages had been found as far back as 7,000 to 6,600 BC  in China.

Many Archaeologists reckon the locals who built the Great Pyramids of Giza were paid for their work in beer.

Now Egypt does have an excellent beer industry.

For alcohol-free craft beers, I have picked the best selection.

Alcohol is OK if you only binge drink occasionally.

It’s still a risk and what the experts find is that what started as a binge drinking session has become a regular occurrence.

Binge drinking is just knocking back the alcohol in a concise time frame.

Some people, for example, will drink loads before they go out and, of course, then forget how much they have had.

It does not need to be many drinks. 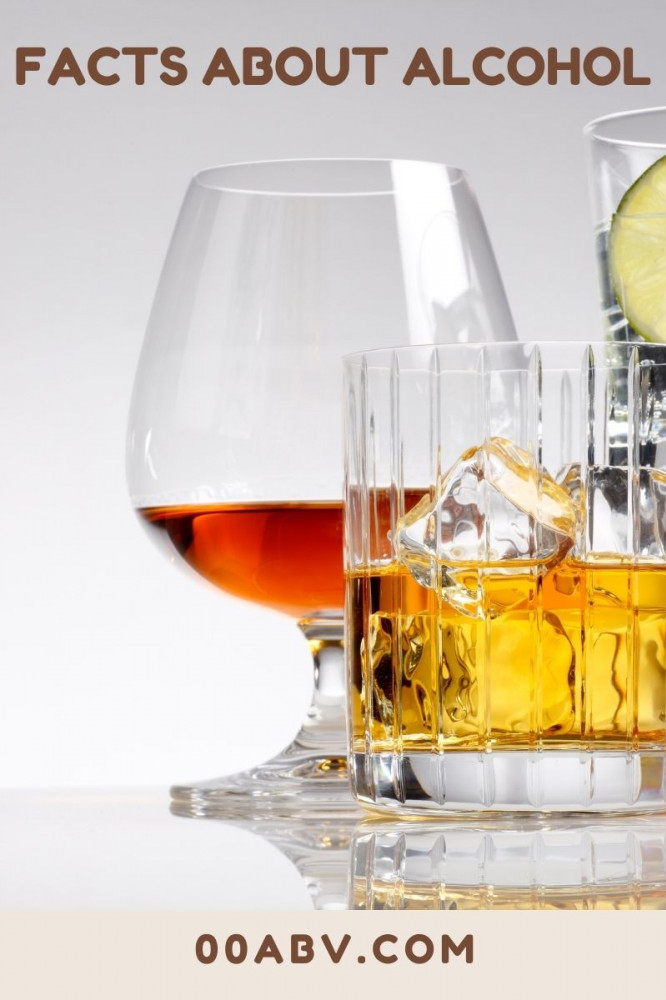 According to the NHS in the UK, binge drinking is specific in number.

That’s over six to eight drinks depending on your gender; that is officially binge drinking.

In reality, tolerance to alcohol can vary from person to person and eating before drinking does slow down the alcohol going into your system.

But one binge drinking session could mean you are hitting or exceeding the advice on limits very quickly.

And you would still be at risk of accident and even sex you regretted later.

If you are looking to reduce your alcohol, hypnosis is a great tool, and it can work with a set of headphones from home in a quiet space.

The course is based on any addiction, including chocolate. The therapist is one of the people I have trained with called Mark Tyrrell.

His course is below, and it’s an affiliate link, so I get a small commission, but you pay the same. 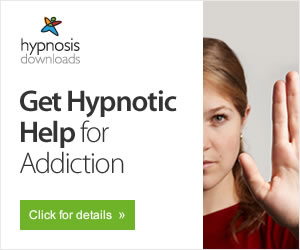 If you do use it, let me know how you get on.

Hangovers only happen with Red Wine.

I am just tired. Yep, we have all heard that one.

It might help a bit, but it’s not the panacea that some may think.

Well, you can’t cure a hangover, not even if you find something that looks good in a search engine and pay for it.

It is not possible.

The liver can only get rid of one unit of alcohol per hour, and it operates at the speed it was designed.

Read a question I got asked about Alcohol Metabolism.

Yes, a hangover is the result of dehydration, but it’s also about the chemicals in the alcohol itself.

Now you may have a small point about red wine.

After all, the benefits are overrated when it comes down to blood pressure.

But in red wine or whiskey, hangovers will be harsher, but they will have a higher abv – alcohol by volume and generally have more chemicals in them.

But the reality is the more you drink, the bigger the hangover.

Coffee is the answer.

Yes, coffee contains caffeine, but who said that was a cure for a hangover.

Yes, it’s a stimulant that can make you more awake.

But as for fast-tracking your alcohol, I’m afraid not.

It probably movies like “The Hangover” that inspire this, but remember, even that film replicates real life.

People do offer it up. It’s just the done thing.

The liver will do its job if you drink coffee or not.

An excellent pick me up, yes, but the issue to solve the hangover issue no.

Plenty of food and water will help, but even that will not take the alcohol out of your body faster.

Although you are going on a session involving lots of alcohol, even the NHS in the UK tells you to eat first.

I write about a hangover here.

Weight gain is all about the food, not the alcohol.

Alcohol has calories of about seven calories per gram.

It why having a gin and tonic like Gordons 0.0 with low calories mix is better for you from a diet perspective.

Yes, spirits generally will have fewer calories than beer, but they have a higher ABV, so alcohol by volume.

ABV tells you how much alcohol is in your drink.

Of course, when we are drunk or have a few too many drinks, we get a craving for food. 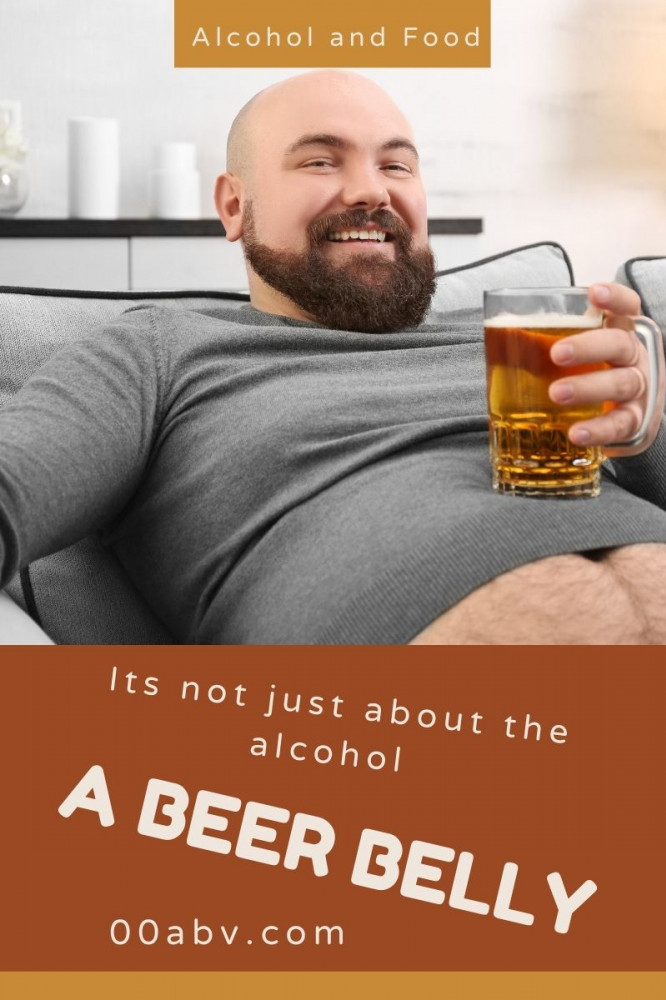 Have you ever wondered why so many kebabs shops are around eating places?

It’s just good traffic for them.

I would think nothing about getting a kebab at the end of the evening.

So it is not always about the alcohol itself.

It’s about what happens after we have been drinking.

It why a meal first is always a good idea!

Get those carbs in.

The best alcohol-free diet drink has to be Seedlip which I have written about in glowing terms.

If you pair it up with Fever-Tree Light tonic water, it’s a great option on a diet.

It’s good quality, of course, which comes at a price that I personally, as an alcohol-free drinker I am happy to pay.

I would agree they used to and were so wrong.

However, technology has caught up. The brewing and fermenting process can now mean not only can it have no alcohol but keep the taste.

The aromas and the overall feel make the product marketable now.

Growth in alcohol-free drinks is now above 23 per cent per annum.

The increase is very striking in the younger generation according to the trade bodies around the world.

It is a big business, and there is profit in alcohol-free as people want to the social aspect of it but not the hangover.

The alcohol-free option is a good compromise in term of alcohol, health and enjoyment.

Now is it for everyone?

For some people, it can trigger more alcohol drinking when they are trying to give up or cut back.

For other people, it provides a great alternative.

What’re your facts about drinking alcohol?

Do you have facts about drinking alcohol? Do you have any great alcohol quotes?

If so, I would love to read them. Leave your comment below, and I always respond.

4 thoughts on “Facts About Drinking Alcohol”