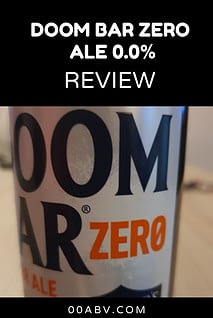 I was recently given this beer as part of a taste test on the Alcohol-Free Drinks Podcast, and at first, I was not sure.

The smell went entirely through me!

But to be fair, this is not my bag after all; I am not known for liking Amber Ale or Dark Ale either. However, it was good to try it out, to be honest.

And as this was part of the Episode Four Alcohol-Free Drinks Podcast and my fellow presenter Ian was persistent, I could hardly say no!

I was unsure to start with, but I probably gave it a hard time initially, but in the end, I was knocking it back even though it would not be my first preference.

Alcohol-Free Amber Ale, and to be fair, there are not many of these types of drinks, so I was ready to give it a big chance.

The bottle is 500 ml and very educated regarding zero credentials with its prominent branding and the alcohol by volume, so ABV stands out big time!

ABV stands for alcohol by volume, and if you are avoiding alcohol, it’s the one big stat you need to see!

Although the colour and overall feel of the label is familiar to its alcohol cousin, I suppose that is the brand dilemma for many of these breweries.

But you know that the brand is Doom Bar, and it’s actually alcohol-free. I have been served alcohol too many times by mistake, so I have had to be very self-aware.

I certainly think they have the branding right on this one!

It prides itself on being a balanced beer, and I think they play on its Moorish taste qualities as part of the branding.

It’s a mix of flavours, but the hops come through, as do the roasted malts and dried fruit.

It leaves an aftertaste that, for me personally, took a while to get used to. I guess it just has that taste.

But as an alcohol-free lager drinker, that is probably to be expected.

No surprise in the make-up of the beer here.

As with most alcohol-free beer, it is a bit hit-and-miss if you want to buy it in a bar.

But from a quick scan of online merchants worldwide, it seems to be pretty much everywhere, which I’d good news.

I have even seen it tucked away in a few local shops but again, as with most alcohol-free beer is hit-and-miss!

I have added an affiliate link below, but do shop around and let me know where you find it and leave a message in the comments to let fellow blog readers know.

As an amazon associate, I earn from qualifying purchases, but this does not affect your pay. I do my best to make that clear at all times and follow FTC guidelines.

Doom Bar has a good story to tell, and it’s based here in the UK in a county called Cornwall.

I travelled to this place as a kid on holiday, and it’s named after a real place, so no made-up place names here.

It’s a landmark sandbank near the Camel Estuary. It’s an amazing part of the world and has a drink making history from gin to ale.

In the UK, this is summer resort territory, as is the county of Cornwall.

The brewery is called Sharps or The Rock it’s named after, which is all very clever.

The brewery was founded back in 1994 in Rock, Cornwall, and the owner is called Bill, and they set out to make quality beer on the North Cornish coast.

Their alcoholic beer has an excellent reputation.

Sharp’s Beer started as a tiny microbrewery but had to swell enough in size to cover the cost, and it’s where many entrepreneurs have had to start, I guess, so hats off.

Big credit to them.

Let’s hope they continue to work on their non-alcoholic beer credentials as well.

Now I am upfront about my review; as you know otherwise, what is the point!

Would I repurchase it? Probably not, but I enjoyed the experience as part of our first taste test on the Alcohol-Free Drinks Podcast. 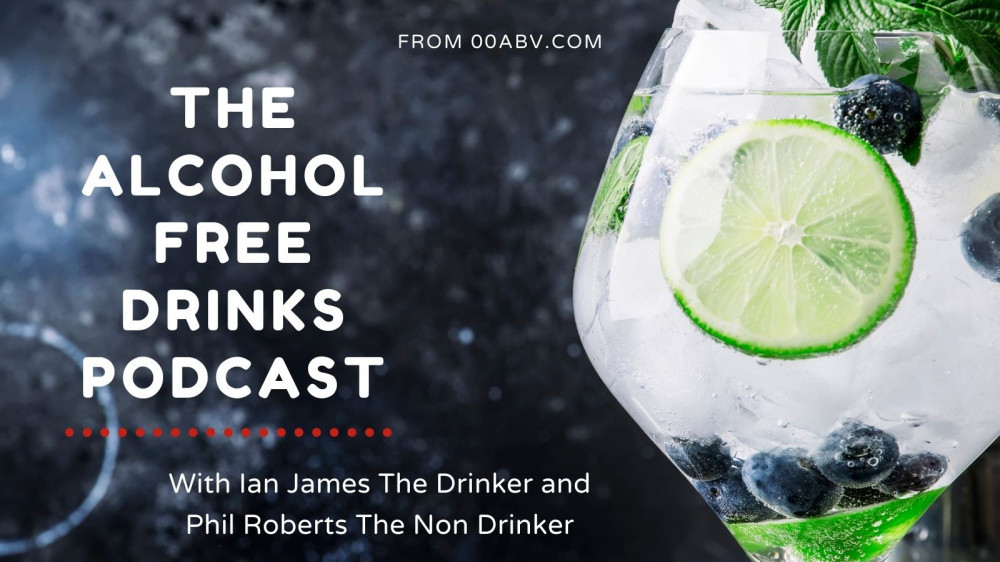 I repeat that dark ales or even ales are generally not my things, although I support the craft beer industry.

For the non-alcoholic drinker, they have taken some real risks. They deserve massive credit for it.

Now to start with, it tastes like my Dad’s old homebrew at home. I probably would have poured it down the sink if it had not been a taste test!

My first thought was this was going to be undrinkable, but I was pleased I stayed with it!

There is something about the aftertaste that takes some getting used to. But maybe that comes with the territory of even alcohol-based ales.

I don’t know, but it just smelt and felt like it had not fermented, and it’s that smell that wafts across the room with homemade beer.

Maybe I was harking back to the fact I had to smell homemade brew fermenting in the airing cupboard as a kid growing up.

That’s probably got a lot to do with it, and that is not Doom Bars fault.

But I maintain if this was your first try of alcohol-free beer, ale or even lager, you might run for the hills, and I would get why.

Once you get used to the flavours, the original shock of the taste starts to come through, and it seems to balance itself out.

It does take a few mouthfuls for you to acclimatize to the smell and, in fact, the aftertaste.

But even though I was on a taste test and did not need to drink anymore, I certainly needed to finish it off, but it will be an acclimatized taste.

Would I repurchase it? Probably not, but then I would not be rushing out to buy ale generally either!

Like with all these alcohol-free drinks, we should try them and then be honest.

I have tried it, to be fair, and the reviews you read online are brutal.

I will probably leave this one for the hardened alcohol-free pure ale drinkers.

I would love to know what you think about Sharp’s Doom Ale Alcohol-Free.

Or maybe you don’t care and want to go for it anyway?

There is no doubt that the team behind that drink care passionately about it but would you add it to your list?

To catch the full report and the live taste test, visit the alcohol-free podcast below. And to be clear, I had never drunk the beer before, and neither had my co-presenter, Ian.

There will be more taste tests in the Non-Alcoholic Drinks Podcast, so sign up and subscribe and feel free to make suggestions.

Leave your thoughts and comments below on Sharps’ Doom Ale Alcohol-Free. You will probably like it. And I always get back to you.