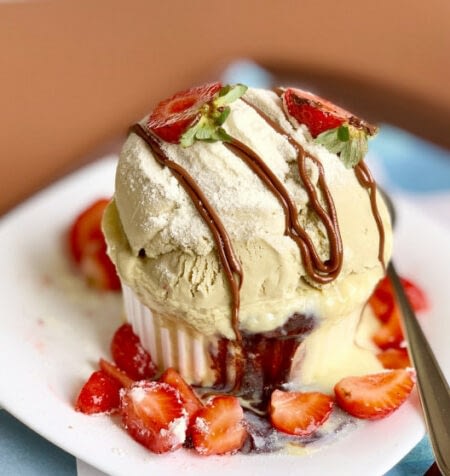 Desserts alcohol – 5 desserts to avoid if  you are alcohol-free

So it was a Saturday, and we decided to go for an Italian rustic meal. I love the passion of Italian food, and as someone who avoids alcohol because of health full stop, I always think it’s a win-win.

Avoid any of the sauces that maybe have alcohol in them, and if some does creep in, I hope that heat has burned off, if not all the alcohol in the cooking itself.

Science tells us that is mainly the case, but I am always wary and ask for no sauce if possible if there is a risk.

Most places are pleased to do this. With food, more people are accommodating than with a drink, in my experience, because of the allergy issue.

Now it’s been a while since I have eaten Italian food. It has been more of a Sunday roast, Thai, Spanish and Chinese, where the alcohol dessert is very limited.

I am talking ice cream at best, which since giving up alcohol, I seem to have developed a craving for it!  I checked with a dietitian, and she said, of course, in moderation, it’s fine. Thank goodness for that. 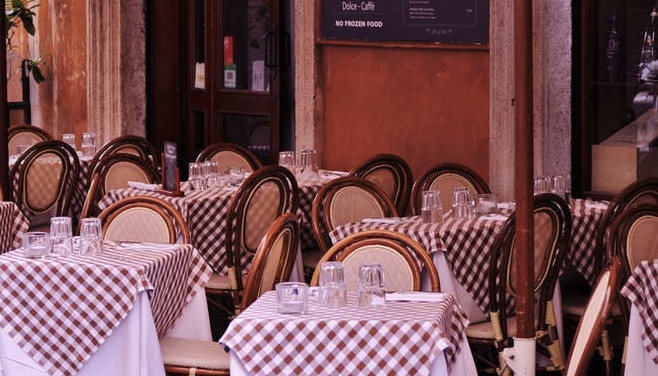 However, I presented this Italian restaurant with a sweet board as a special dessert board. My heart started to sing its mass listing of everything good about dessert, cream pastries, sauces and the like. I could actually feel my much watering with the thought. You know when you create that picture in your head, and there is no going back!

I did what we all do: imagine the spoon going into my mouth with the dessert and get that fuzzy buzz that dessert gives you. To add to that, there coffee type desserts going if you want that extra kick of caffeine.

Of course, then reality kicked in. I discovered there was only one on the list that did not have alcohol, ice cream. The rest were pre-made and ready to go.

So here it my top 5 desserts if you want to avoid alcohol. 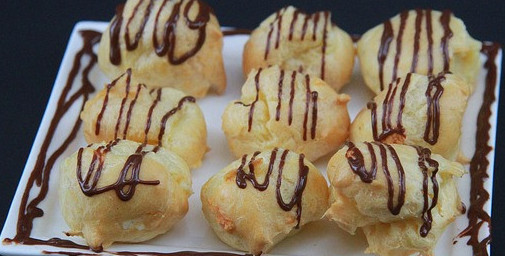 These are truly amazing things to look at, and sometimes they come with extra cream poured over! It is a small puffed hollowed-out pastry generally made into what looks like a ball. It has the usual ingredients such as flour, chocolate and sugar and is French in origin.

Although there is now a trend, it is a big one to pump the cream with some vanilla alcohol, brandy, or even whiskey. It might not be massive amounts, but here in the UK, supermarket war broke out over it.

It happened when a family innocently bought a pack of profiterole desserts from a supermarket aisle as a family treat.

It seems that it had a lot of alcohol in them, and the family who don’t drink suddenly noticed the child get a bit tipsy, and the daughter said it definitely had alcohol in them.

When they checked the label, it had very little information. 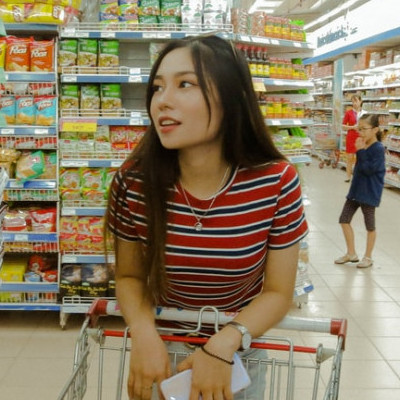 They complained to the supermarket that they got no response, so they went to the local press, and the story got widespread coverage. The family actually got a great deal of criticism, and it reminded me of how hard it is sometimes to be accepted in an alcohol dominated world.

I would defend the family on these counts:

It’s a bit like when you order an alcohol free beer and the barman tuts and say what’s the point.

What was interesting is that the supermarket responded and now have improved the labelling. I know I go and check, and they really have; maybe a new range of alcohol-free profiteroles is on the way.

If you are in a restaurant, ask and with the growing awareness of allergies, most are very keen to give you an honest answer and quickly. I will keep dreaming of them or make them fresh for now.

However, it shows a real trend to desserts alcohol, and until this weekend, I haven’t clocked it! 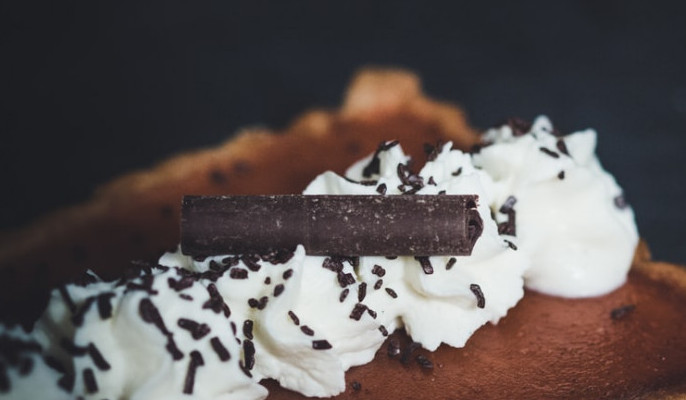 Now Chantilly cream is amazing if you have never tried it. So please close your eyes and imagine rich whipped cream infused with vanilla extract; it is a classic to the French pastry table. I know this was all in an Italian restaurant. It can be added to all sorts of pastries and cakes.

It’s sweetened whipped cream with vanilla thrown in, and some chefs love recipes with liqueurs in place of vanilla. Brandy is popular with this one.

However, here is the thing and the states this was a massive story.

According to the  Food and Drugs administration, a pure vanilla extract often used has to maintain a minimum of 35 per cent alcohol, so you are talking the same as rum. Yet, it’s not really sold in liquor stores but grocery stores. There were stories of students getting drunk on it.

Not even at the so extreme level, vanilla extract can have some alcohol content. Who would have known my mum’s pantry as a kid was really a well-stocked bar!

Again it seems alcohol has crept into the traditional recipes, and awareness is key. Anyway, for my Saturday lunch, that was off the menu!

For my review of alcohol-free fizz, there is more here 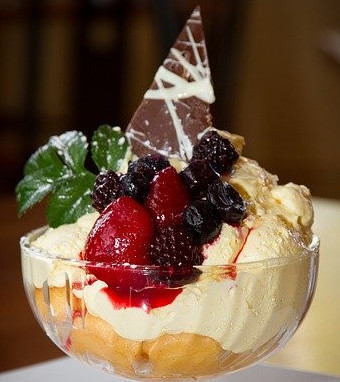 This is often on the menu, especially in big carveries and Sunday lunches and Italian Restaurants and Spain tapas bars as it originates in Andalusia in Spain.

It’s often claimed the selling point is that the sherry is low in calories, but it can be anything up to 16-18 per cent alcohol so let’s not worry about the calories if you are watching your alcohol intake.

It can often come at the end of the tapas selection in Spain, and nice it is too. In Italian restaurants, it can often be a more lavish affair. Notice how it jumps many country borders, including British.

Now the thing is trifle per se seems to be fine, but with sherry trifle, you know there will be some alcohol in it. My mum once tripped and put half a bottle in hers, and boy, could you taste it.

However, when you are eating out, many trifles are not labelled so that it may say just trifle, but in fact, it has sherry or brandy in it as a main component.

My best advice is to stay away or double-check with the restaurant. It is now serving you a triple dose of alcohol! 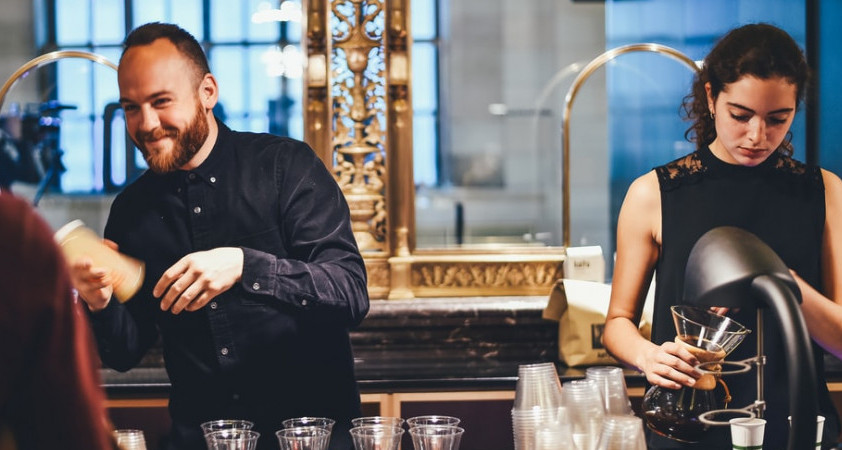 These are the new kid on the block and are normally clear to see in labelling; however, when you are eating out, they may come as part a dessert selection.

So I have seen

You get the idea, so keep your eyes peeled for a selection of desserts delivered to the table as there may be a few of these in there.

Number One Cheese Board with liquor

This is a new one, but some restaurants bring out cheese, biscuit and the rest but then include a free small port or liquor to go with it. It can be slightly off-putting, and before you realize you don’t touch alcohol, you could “down” the side drink without thinking!

They then bring the bottle and tip you up. This is done by lots of restaurants to build trust with the diners and say thank you.

Of course, it’s a lovely thing to do, but I have seen people down it only to realize they are drinking alcohol and should not have that alcohol level in their blood because they are driving.

In some cases, they actually leave the bottle on the table for you to help yourself. So before you realize you have been alcohol-free all through the meal, you are downing the most alcohol steeped content.

So the best advice is to be aware of desserts alcohol, and if you don’t care, of course, enjoy!

How to get around it? 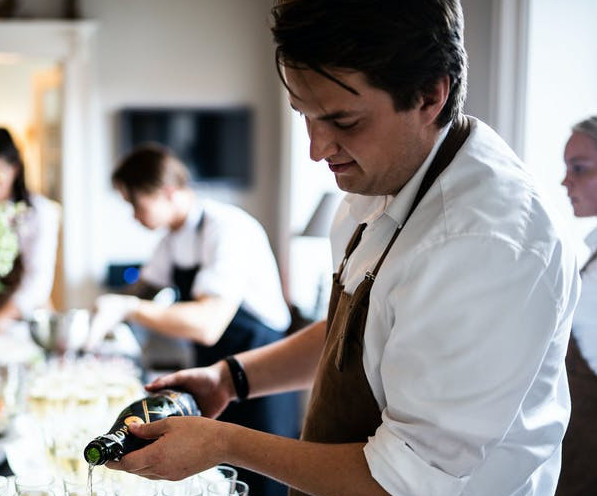 Before I depress you about desserts’ alcohol, remember there are plenty out there that are fine to eat from pancakes, ice cream and of course, apple pie. As you may know, fruit-based desserts’ may have a trace of alcohol, but then again, so does orange juice.

There is, however, a trend to make more desserts’ alcohol orientated and with that comes the feeling of being more lavish. As my story proves, it can be the wrong call, especially if it is not probably labelled in food stores.

There is some good news: alcohol-free essence is now available online and is becoming a bit easy to get hold of.

Have you ever eaten desserts’ alcohol without knowing, and do you find alcohol taking over the dessert menu? I would love to hear your stories and, of course, any alternatives that you want t0 to suggest. It’s the community here that makes the blog. I was hoping you could leave a message below, and I always respond.

After writing this and had a big portion of ice cream in the restaurant, I eat a big alcohol-free cream cake after writing. Although the waiter still asked me if I would like a liqueur to go with it!

Still, desserts alcohol which was, do you wish to avoid?