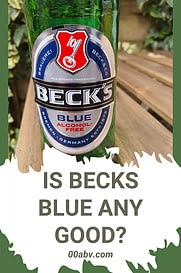 Becks Blue Beer: Is It Any Good?

It is one of the beers that used to get a bad press years ago and, to be fair, was one of the early arrivals in the alcohol-free beer stable.

It dropped its alcohol content, and I am sorry to say I am still not convinced, but you tell me you love it!

Who am I to argue with that?

I remember this beer at University as one of the girls in the residence halls did not drink alcohol and brought some to a party.

I think there were more leftover cans over the halls that night than I had ever seen!

But that was years ago, and even the thought of alcohol-free beer was just plain weird.

But strike that as most people still think it’s weird given my looks when I ask for an alcohol-free beer.

But there is no doubt that this early alcohol-free beer has improved massively.

I mean, I have no choice in bars and restaurants in the UK as if I want an option, that is what I am going to get.

When Did Beck Blue Beer show up?

This Bremen-based brewery developed this alcohol-free pilsner-style brew in 1993.

It’s a staple in the beer holders of numerous bars up and down the nation.

I mean, it’s often the only option, and even then, it can be an afterthought.

According to the alcohol trades association, it still accounts for more than a third of all alcohol-free beer sold in the UK.

That is some figure to argue with. 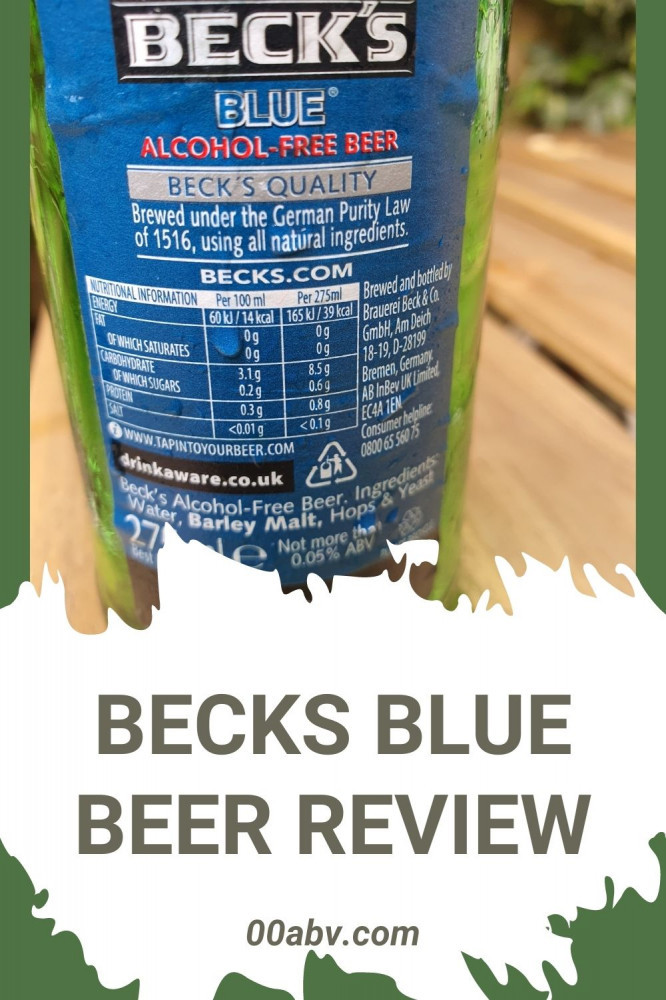 From the blog comments, you also tell me it’s the one you see ( if any) in your country as well.

So it accounts for over a third of sales?

Although hang on, there isn’t much choice around either.

So I am going to have to give up on that figure, sorry.

It’s like saying we sell 100 per cent when there is only one choice.

Credit to the owner of Becks Blue Beer

I mean, any brewery that takes any chances on alcoholic beer needs applause, so I support them 100 per cent.

For me, it is just about personal choice.

Regardless of its standing as a large brewing corp beer (Beck’s is owned by Budweiser manufacturer AB-Inbev), you might argue that Beck’s Blue deserves its success since it gambled on alcohol-free beer when no one else cared.

The brewers make Beck’s Blue by making a typical beer, then gently eliminating the alcohol after fermentation.

If any– up to 0.05%, this leaves a beer with only trace amounts of alcohol. This is less than what you might find in many sorts of food.

Know your limits through drink aware

What you should always check is the abv figure so alcohol by volume.

Although to be clear, no one has told me to avoid bananas or orange juice.

Read How Much Alcohol is In My Banana?

What is in Beck Blue Beer?

Beck’s Blue is produced in Germany, so it complies with the German beer purity regulation.

And that is a good thing. The German knows how to make their beer.

That stated, it’s likely to use the same process used for a standard Beck’s Beer as the de-alcoholization process strips out many flavours.

Although I am not a fan of Beck’s either, to be fair.

Remember, alcohol-free beer is meant to mimic their cousin, not be it!

If you are not keen on the alcohol version, you will hardly like the alcohol-free version.

Will Becks Blue Make Me Fat?

Yes, if you drink lots and lots of it, you’re saving on the alcohol content, so that is a good thing. But it still has calories. 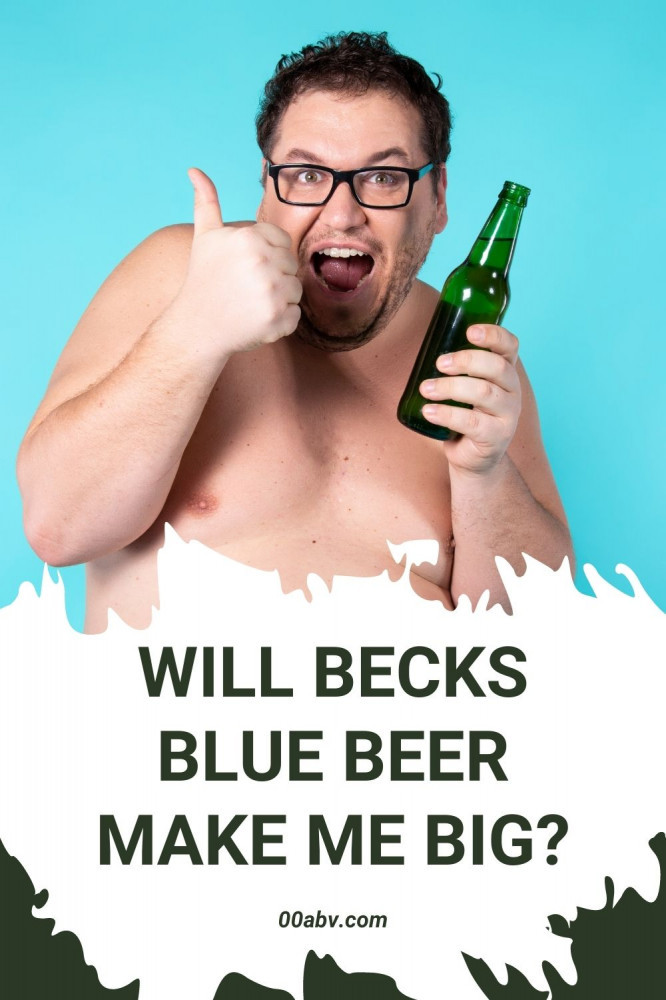 Are there any carbs in Becks Blue Beer, and it is stacked with sugar?

Good question, as it is not a diet drink!

So many people think they are!

So actually pretty good when you consider it against some other alcohol-free beers.

Beck’s Blue puts out a brownish-yellow colour with a generous quantity of white foam, and I quite like that.

The smell is pleasant, not too malty, with straw and lemon aromas.

I found it a bit syrupy and not what I would expect.

But this goes as you drink it, and to be fair; it is a smooth drink once it’s poured.

But I would still maintain alcohol-free beer tastes better, really cold and in the bottle.

But it’s not a sweet beer at all so that I will give it that!

It was more of a pale brew malt in the flavour than I expected and certainly a waft of lemon smell.

I find it a bit dull, and it seems to be a little bit watery at the end.

But as you tell me, you love it. 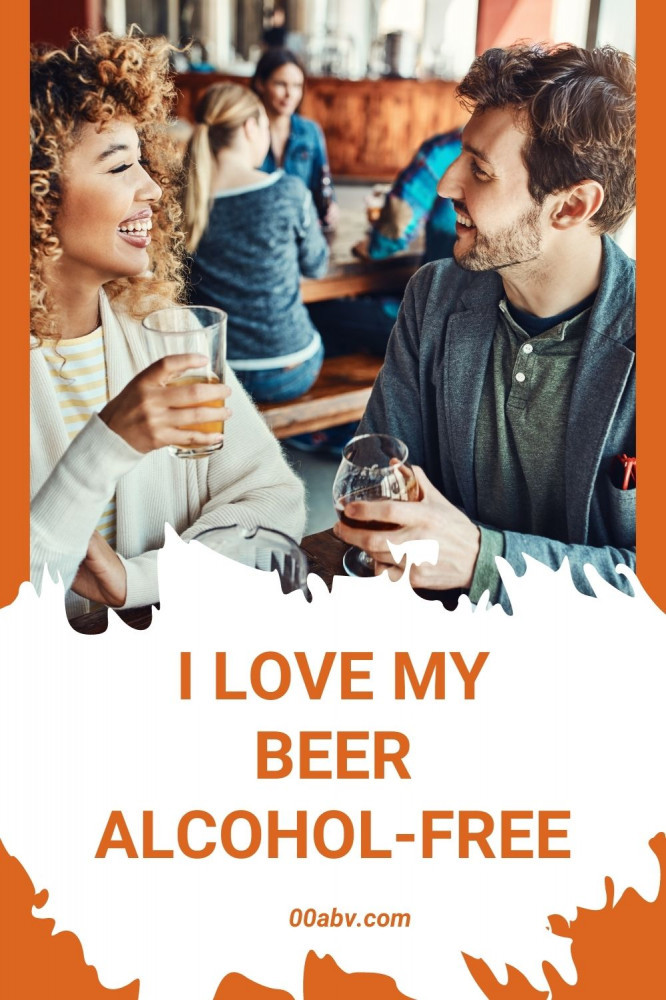 So who am I to argue? I am not even a beer expert, just a guy who can’t drink alcohol.

So I am just giving you an opposing view.

And to be fair, it has massively improved.

I am afraid not, but maybe I would run with it if it were the only choice.

Beck’s Blue still has a bad online reputation, which is unfair as sometimes history has to move on.

It’s not the best alcohol-free lager out there. But sometimes beggars can’t be choosers.

As an amazon associate, I earn from qualifying purchases, but this does not affect your pay. I do my best to make that clear at all times and follow FTC guidelines.

After not being very kind about Becks Blue Beer, I am going to cut them some slack.

It’s been part of alcohol-free life in bars around the world long before any of the new brands came in.

Maybe it needs to reinvent a bit more, but then they also say be either be first or best, don’t they?

Beck’s Blue is produced in Germany, so it adheres to German beer purity law, and that is something I like a lot.

However, I have no doubt its quality in the mix.

It’s just not my taste.

But it is doing a mass-market job, and for that well, I will give them credit.

What is your view of Beck’s Alcohol-Free Beer?

Are you its number one fan as I meet many of them, and the bar owner stares at me with bewilderment when I ask if they have anything else.

That is after the shock that I have asked for an alcohol-free beer in the first place.

I was hoping you could leave your thoughts on Becks Blue Beer Alcohol-Free, and I am very open-minded. Honestly!