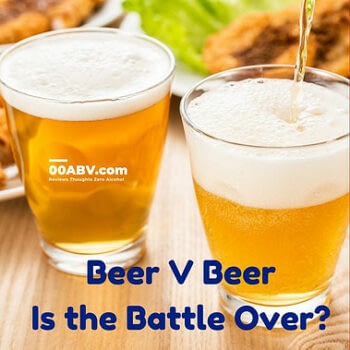 The battle of alcohol and non-alcoholic beers is over. Why? The U.S. is starting to converge with Europe’s opinion that the taste of alcohol isn’t necessary for a beer to taste good.

Alcohol and non-alcoholic beer is a war that stirs passions in people.

When the issue becomes political grandstanding, the battle heats up even more. But what’s actually at stake is the overall health of a nation.

This means all of us should be paying attention to it, primarily since it affects us directly.

So how do we know when to hide from arguments and when to jump in?

I mean, I had to give up wine with 48hours to live.

So it is at least worth a bit of a conversation.

But it is good to have a debate.

If you’re wondering whether you should drink alcohol or non-alcoholic beer, the answer depends on your reasons for drinking.

Here are 7 reasons why the battle is over and why you should choose non-alcoholic beer:

The Big Brands Are In the House

But many brands make quality non-alcoholic beers and non-alcoholic lagers, some of which can rival their high-alcohol equivalents in taste, aroma and consistency.

I have been tasting many 0.0 abv beers, and they are getting better by the week.

But you also tell me about a great 0.5 per cent abv’s.

ABV stands for alcohol by volume and indicates how legless you can get and how quickly. To be blunt about it.

But if you are going alcohol-free, then it is a crucial measurement.

The key here is there is the choice, and the more prominent brand is not afraid to get into a fistfight over them, 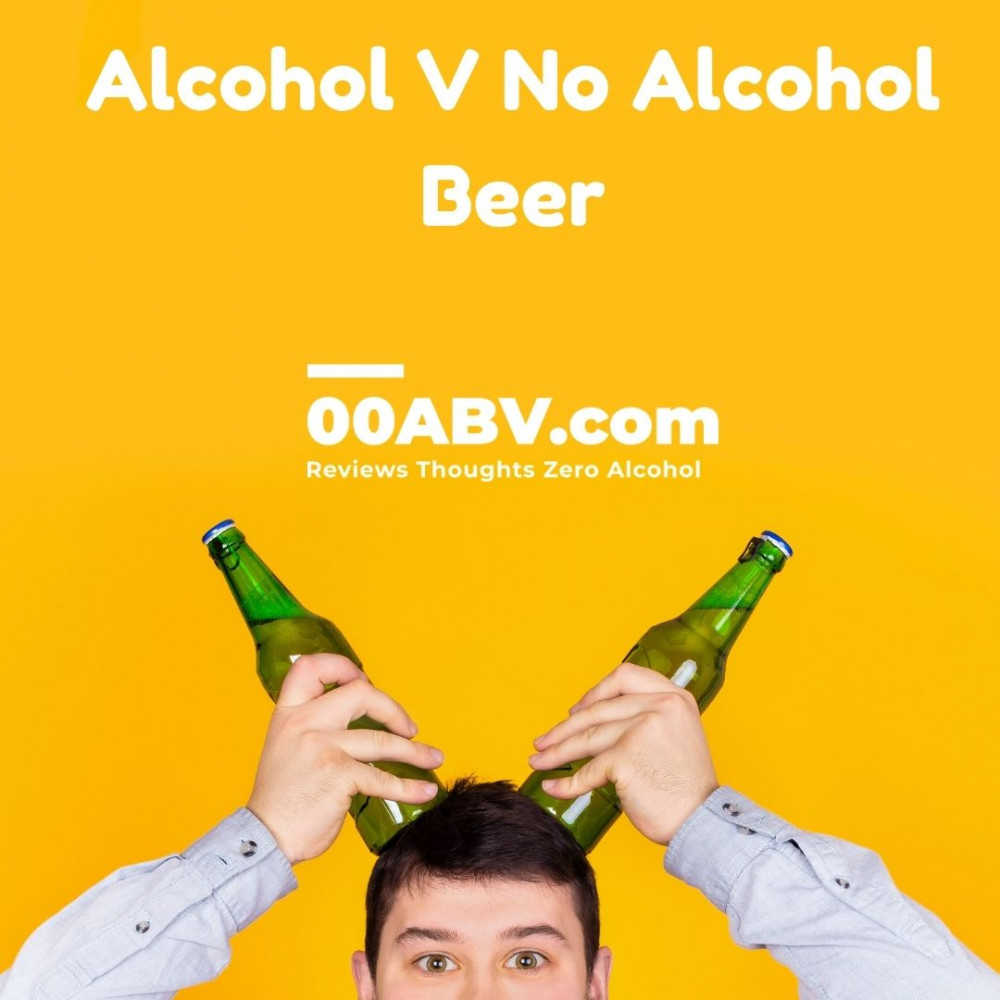 You now know what you are getting in a beer in terms of alcohol-free.

Non-alcoholic beer is simply beer that has been removed from alcohol or brewed so that it contains less alcohol than is permitted by law.

It is estimated that 1 in 15 beers in Germany is alcohol-free.

Their low and zero alcohol beers, called “Kein Alkohol” beer for “no,” makeup 13% of all beer sales, and there are N.A. taps in every bar.

Check out your alcohol limit with drinkaware

Fresher taste and, in many cases, less on the hips.

The new style of alcohol-free beer is fresher, bolder, and often indistinguishable from the alcohol-based craft beer that inspired them.

They are delicious and even contain fewer calories than regular beer.

Generally, but they aren’t dieting drinks!

You now realise non-alcoholic beer may have a trace of alcohol.

To be clear, N.A. beer contains some alcohol, although its ABV is usually less than 0.5%. Therefore, unless beer states explicitly that it is “0.0” or “non-alcoholic”, it is safe to assume that “N.A.” beer contains trace amounts.

It is now the choice of gym-goers.

And not when they are holding weights.

But if you are a fitness guru.

Non-alcoholic beer is the last hope of the alcoholic beverage industry to say beer is healthy!

It is growing in the states.

Beer is still a relatively small market in the United States, but experts believe it has plenty of room for growth.

The beer giant Anheuser-Busch InBev, which owns Golden Road, has even set a goal to achieve at least 20% of its global production of non-alcoholic or low-alcohol beer by 2025. 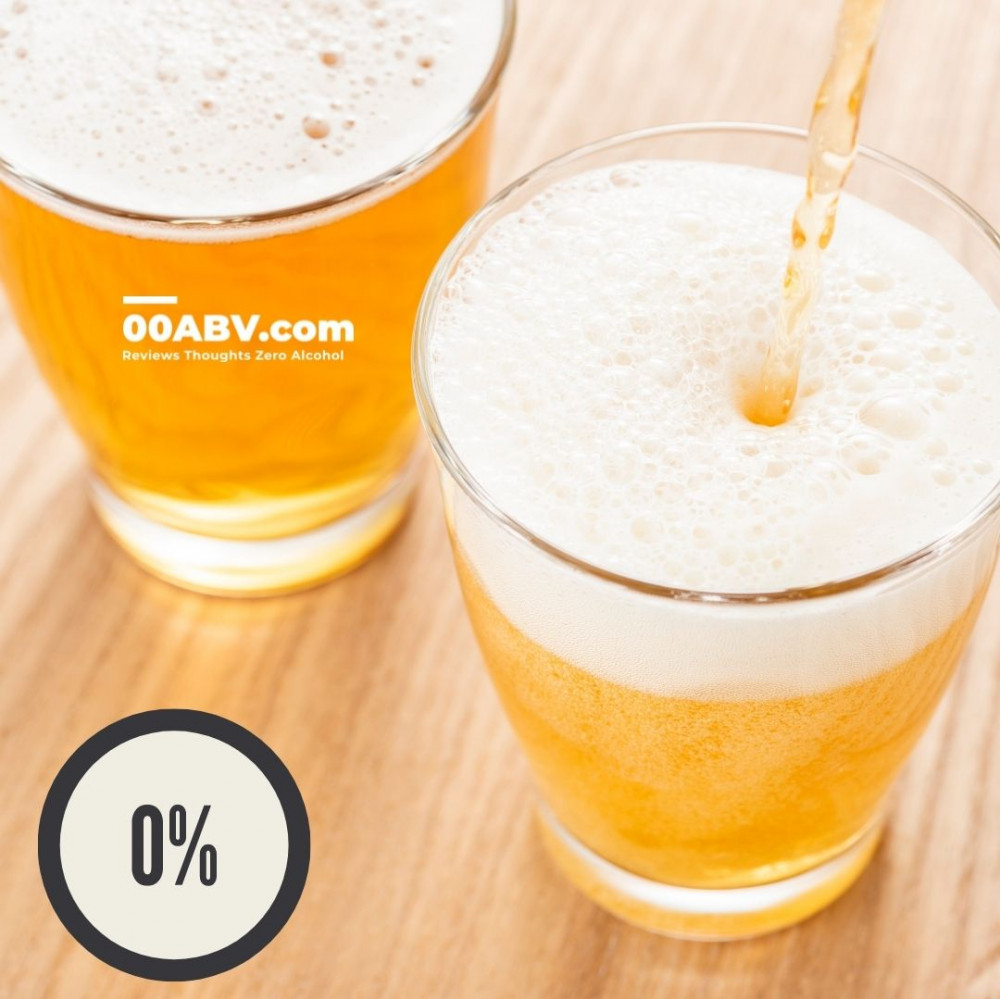 By 2025, there will be no or low alcohol, and a dozen new brands have recently been launched to achieve this goal.

And that is massive because once the USA joins the alcohol-free beer trend, it is game over for people who doubt if the trend will last.

The most common way to evaporate alcohol from beer is with heat.

It is done in a vacuum, which means a lower temperature, making the finished non-alcoholic beer more like the original before the alcohol was removed.

The process usually involves brewing a tasting beer and removing the alcohol (brands pay close attention to their methods). N.A. beer usually starts with a fully fermented beer and then uses various techniques to remove the alcohol.

Believe it or not, non-alcohol beers begin to live like beer before the alcohol content is removed by heating.

Either way, you cannot get drunk on alcohol-free beer, and there is probably more in your orange juice.

Bartenders have to stop thinking you are a bit weird.

Even as bartenders got more serious about making thoughtful non-alcoholic cocktails, it seemed that N.A. beers were still shipped in behind their backs.

It will become unacceptable to call someone a weirdo for drinking zero beer.

There is a trend, and the movement cannot be ignored if you want to make money.

As a result, alcohol barons fear lost sales as soft drinks funds are invested in improving the taste of non-alcoholic beer.

And the big brands are throwing their weight around.

You can’t just have people ignoring what is behind the bar waiting to be served anymore.

The beer is crystal clear, liquid of rich reddish-amber colour with a frothily creamy head. Infinite Session “Pale” is a well-balanced non-alcoholic beer that uses a variety of hops and malt to create caramel and tropical fruit aromas and flavours, as well as a whole body.

Another German brewery specialising in non-alcoholic beer, Bitburger, has released a 0% pilsner that tastes great and smells great but lacks any characteristics that would spoil other non-alcoholic lagers.

The Bitburger Drive is “produced naturally following German beer purity laws”, and after the beer has matured, the alcohol is removed using “gentle methods”. 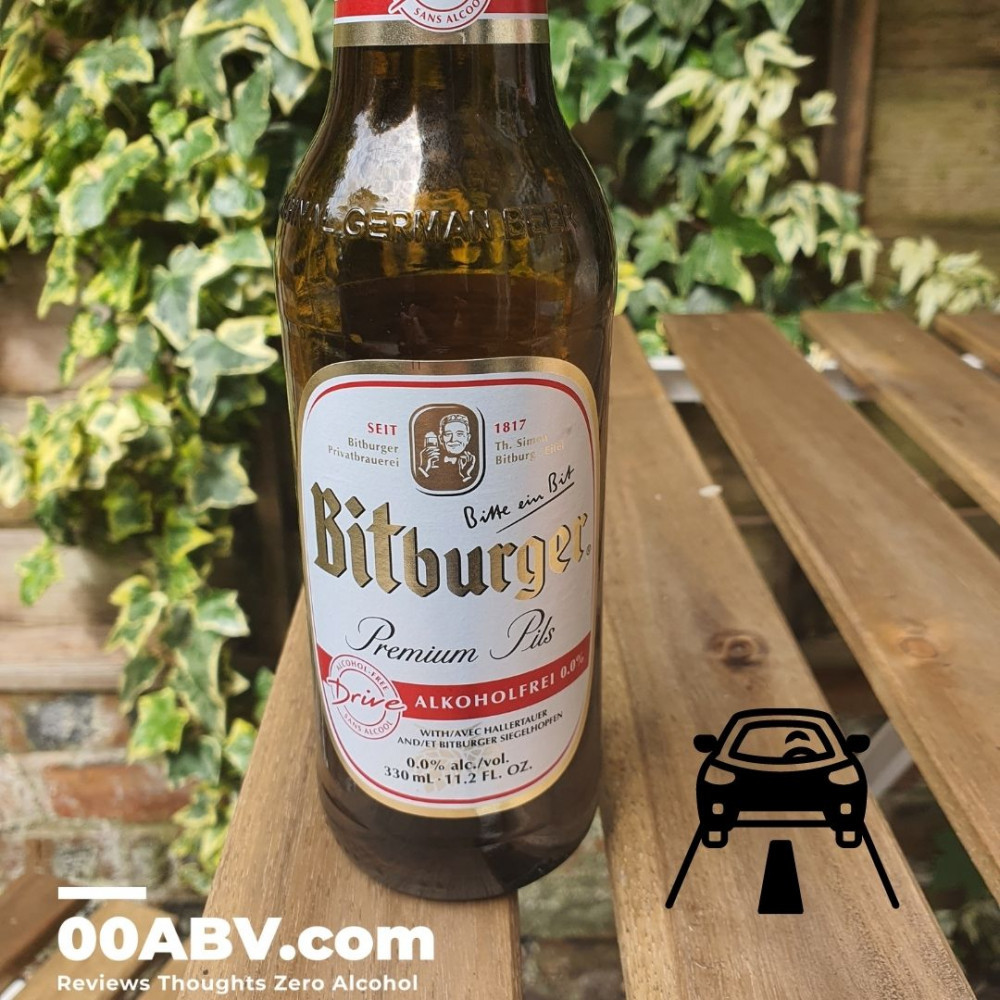 A big name in non-alcoholic beer, Big Drop has several beers such as pale ale, IPA, stout, and even sour.

This product is good enough for mega-brands, from Japan’s Asahi to America’s Budweiser (part of A.B. InBev, the world’s largest brewery), to offer a 0.0 option.

You can’t ignore that kind of momentum,

So is the battle over between Alcohol and Non-Alcoholic Beer?

It is a battle – otherwise claimed by numerous beer commercial producers. There are perhaps only two options when buying a beer – alcohol or non-alcoholic beer. The question is: which one to choose?

There’s nothing like a cold beer to dispel the jet lag of a long trip or slake the thirst on a sweltering day, except there is: a non-alcoholic brew—made with ancient grains brewed with care.

So if you’re trying to cut back, compromise, or even quit altogether, skip the watered-down stuff with no taste and instead drink up these.

They have to be good because you expect the opposite because of its history.

The alcoholic beverage brewing market is a multi-billion dollar industry.

This industry encompasses a wide variety of beverages.

As far as overall demand is concerned, beer dominates the market. Alcohol and non-alcoholic beer consumption has increased steadily over time and is expected to continue in the coming years at a rate exceeding that of other beverages.

Drinking beer is a pretty simple pleasure, no matter how you look at it. In addition to the taste of bread and water, it contains a high number of buzz-inducing ingredients.

Throughout history, beer has been enjoyed in endless styles and tastes, with such a wide range that no two beers are the same.

Beer reviewers will tell you that well-crafted beers are just so artistic.

People looking to change their lifestyle have become increasingly reliant on it as part of their decision-making process.

Read Why I Gave Up Alcohol in Stop Drinking Alcohol Now

It’s becoming hard to tell the difference between the two. So alcohol and non-alcoholic beer, the battle is over. Well, kind of!